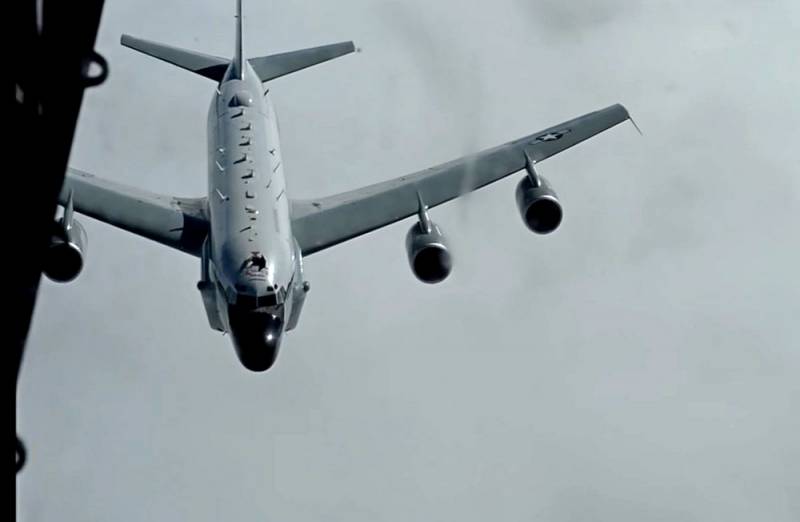 US aerial reconnaissance is showing increased activity in the Baltic. On November 22, a Boeing RC-135V Rivet Joint US Air Force electronic reconnaissance aircraft was seen, which was literally winding circles around the Kaliningrad region of Russia.


This can be judged by the data of navigation resources that track movements in airspace. For example, an aircraft assigned to the 55th Air Wing (Offatt Air Base, Nebraska) of the 38th Reconnaissance Squadron (hull number 64-14842, call sign JAKE11) took off from the British Air Force Mildenhall and flew in a circle for a long time flying through the airspace of Lithuania and Poland, as well as over the neutral waters of the Baltic Sea. 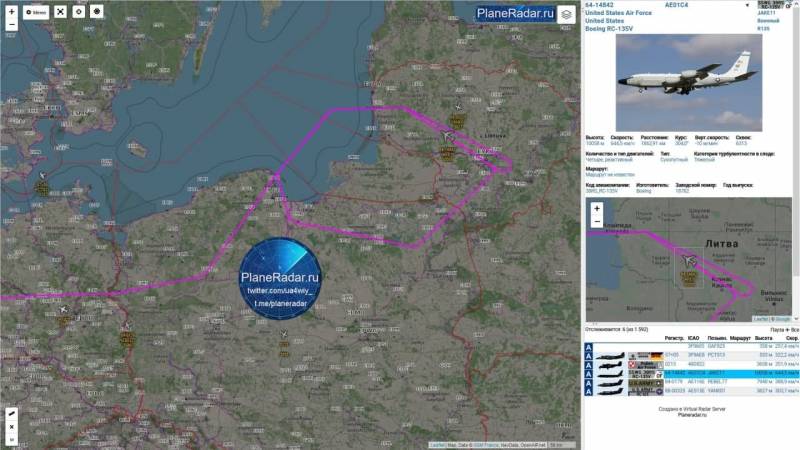 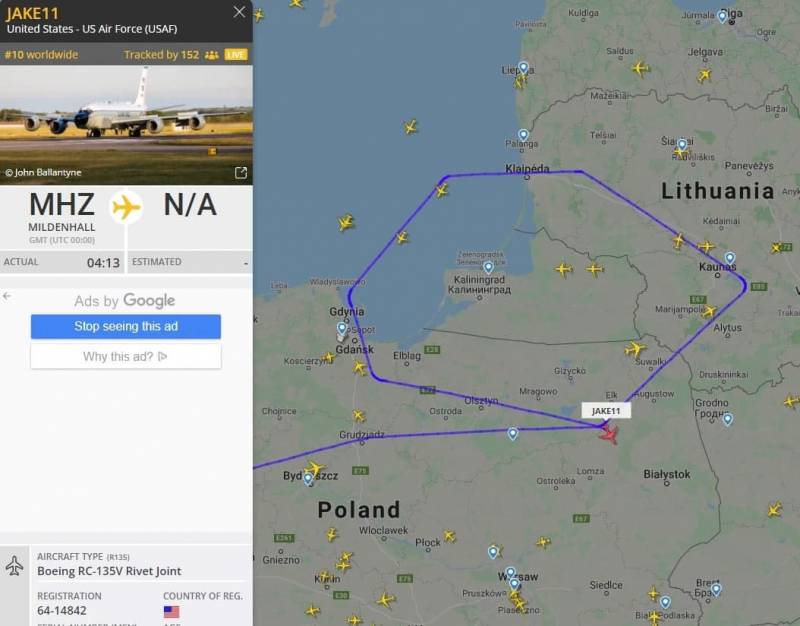 After some time, the US Army Beechcraft RC-12X Guardrail (tail number 88-00325, callsign YANK01) took off from the Shauliai airport (Lithuania), which began to carry out a reconnaissance flight near the border of the Kaliningrad region of the Russian Federation. This aircraft is used to accurately determine the location of sources of low, medium and high frequency radio signals, collects and identifies them, transmitting the coordinates of the target. 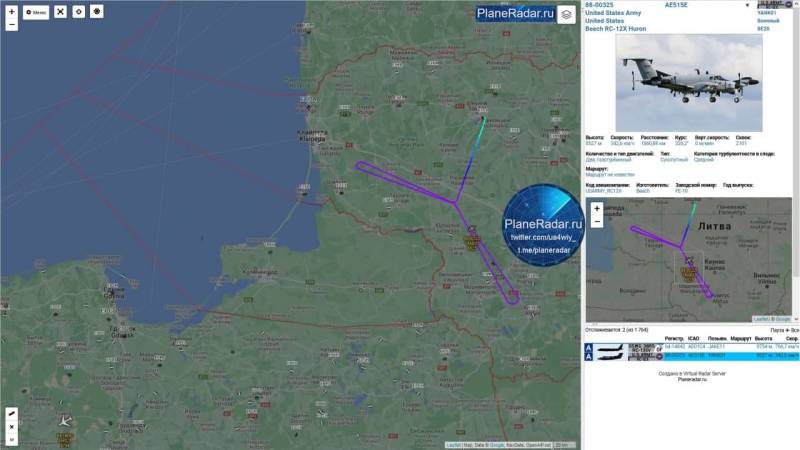 All this indicates that the United States is not going to stop probing the Russian defense, almost openly threatening Russia.
Reporterin Yandex News
Reporterin Yandex Zen
1 comment
Information
Dear reader, to leave comments on the publication, you must sign in.