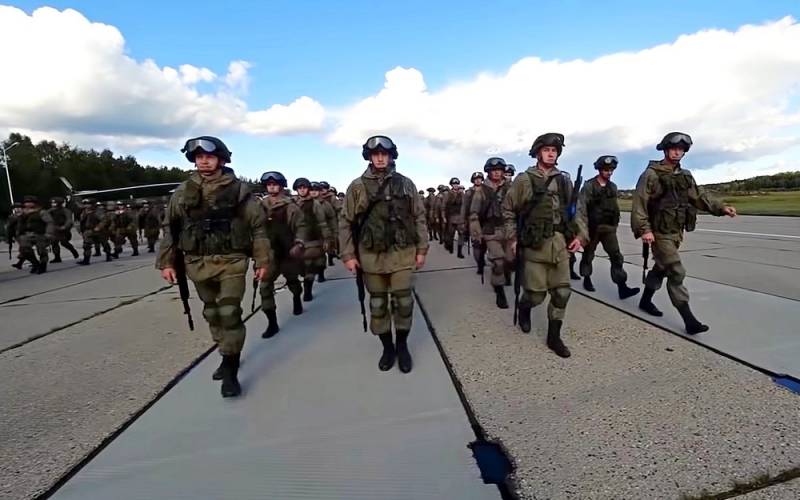 Against the background of the concentration of Russian troops on the western border of our country, the topic of their possible invasion of the territory of Ukraine is being actively discussed. The approximate dates are even named, January-February 2022. At the same time, it is the Western and Ukrainian press that inflates as much as possible, while the domestic press is trying to emphatically adhere to a peace-loving position. Why this happens is understandable: from Nezalezhnaya they are trying to draw an image of an innocent victim, a kind of "white sheep" on which bad Russia sharpens its "wolf teeth". But is this "victim of Russian aggression" so innocent?


Domestic liberals are especially fond of speculating on this topic. For them, any active, let alone forceful intervention in the events taking place in Ukraine is a priori a criminal act. Ok, gentlemen, lovers of "Western values", let's talk a little about crime and delinquency.

The dark side of "young democracy"

We will not claim the comprehensiveness of the review of the crimes committed by the post-Maidan regime, but we will go through the most, in our opinion, significant. Let's make a reservation right away that the "criminal regime" does not mean the state of Ukraine itself or its population, but precisely those people who came to power as a result of a coup and all subsequent years committed various numerous crimes and offenses against their own citizens, as well as Russian citizens. Yes, yes, the blood of our compatriots lies directly on the Maidan authorities, about which for some reason everyone stubbornly prefers to keep silent.

If anyone has forgotten, on May 2, 2014, a massacre, monstrous in its cruelty, took place in Odessa. Opponents of European integration were driven into the House of Trade Unions, where Ukrainian right-wing radicals set a fire and brutally killed, according to the official version, 42 people. 6 more were killed in the streets of Odessa. Why were they deprived of their lives? For the fact that they opposed the so-called European integration, against the radicalization of society, for the federalization of Ukraine and the strengthening of relations with Russia within the framework of the Customs Union. These are the terrible "criminals"!

President Petro Poroshenko commented on these events as follows:

At the moment, Odessa has become a very pro-Ukrainian city! In the Russian media, Odessa is even called "Bandera". And for me there is no greater compliment for Odessa.
A few days later, on May 9, 2014, armed clashes broke out in Mariupol, in which local residents were killed. It is quite symbolic that it was on Victory Day that Ukrainian Nazis from the "dobrobats" shot supporters of federalization and cooperation with Russia.

Domestic liberals today are very fond of condemning proposals on various options for resolving the problem with the post-Maidan regime by force, arguing that this will lead to a "bloodbath". At the same time, they hypocritically forget to mention that Ukraine itself began this "bloodbath" called the "anti-terrorist operation" (ATO). More than 13 thousand people have already been lost killed, among whom more than 3 thousand are civilians. Over 1,3 million people became internally displaced persons. According to the human rights organization Human Rights Watch, the Ukrainian Armed Forces used prohibited cluster munitions against the rebellious Donbass:

Ukrainian government forces used cluster munitions in populated areas of Donetsk in early October ... Using cluster munitions in populated areas violates the laws of war ... and can amount to war crimes.
The so-called "dobrobats", assembled from Ukrainian nationalists and criminals, have been repeatedly convicted of crimes against the civilian population of Donbass: robberies, murders, rapes, torture. Why does Kiev consider it possible to conduct anti-terrorist operation, which is more correctly called a civil war, against the whole region? What did the inhabitants of the South-East of Ukraine do so terrible that it was necessary to send an army and armed nationalists against them?

If you recall, it turns out that initially there was no question of separation and annexation to Russia. What was demanded in Novorossiya? Resolving the issue of the status of the Russian language as a state language, constitutional reform with the federalization of the country and the transfer of powers for broad self-government to the regions. And that's all. Note that at the referendums that resulted in the proclamation of the DPR and LPR, the question of joining Russia according to the Crimean scenario was not even raised. These are the "terrible criminals"! So them, cluster munitions! Kill and rape everyone! Yes? What do you say, hypocritical gentlemen liberals?

Only two countries doubt that Nazism is an undeniable evil, judging by the results of the vote for the UN resolution against the glorification of Nazism. These are the USA and Ukraine. Coincidence? We don’t think so.

Nazi criminal Stepan Bandera is proclaimed a national hero in the Independent. The nationalist "chant" SUGS is used even by the head of state. The Permanent Representative of the Russian Federation to the UN Vasily Nebenzya was forced in January 2021 to send an official letter to the head of the organization indicating the most egregious cases of glorification of Nazism in Ukraine. His first deputy Dmitry Polyansky commented on this as follows:

From the very first tweet it becomes clear to what extent this campaign has reached on the "Square": in one of the recent publications on the English-language version of the website of the Ministry of Foreign Affairs of Ukraine, the Holocaust is attributed to ... the USSR! In this case, Nazi Germany is not even mentioned.
Sorry, but one tribunal has already passed on Nazi criminals. Apparently, a second is needed. Who, except Russia, is able to carry it out? What did our grandfathers fight for? It's a shame, comrades.

Discrimination against Russians in Ukraine is probably the least of the evils listed above that the post-Maidan authorities are doing. Russians are prohibited from using their native language for learning and as a second state language, which is why it all began in 2014. Dissenters are persecuted, including by extra-legal methods. How many pro-Russian supporters simply disappeared after they were taken over by the "Right Sector" (an extremist organization banned in the Russian Federation. " , CCDH) recognized Independent as one of the world centers for the dissemination of neo-Nazism, and Time named the country a source of extremism and the recruitment of right-wing militants around the world.

Modern Ukraine is not a "poor sheep", it is a real monster that must be stopped. And no one, except Russia and, possibly, Belarus, is able to do this. But do we have a legal and moral right to this, or are we ordinary "trembling creatures" who justify their doing nothing with hypocritical liberal demagogy or extremely dubious arguments like that Ukraine "we do not need", "will fall apart and crawl back" and " we don’t want to feed her ”? (There are a lot of geopolitical breadwinners nowadays ...)

Now let's move on to where this publication began. Let us remind those who have forgotten or are not aware that Ukraine killed and wounded several citizens of the Russian Federation on the territory of Russia.

On July 13, 2014, a high-explosive projectile fired by the Armed Forces of Ukraine during the so-called ATO flew to the Rostov region, the city of Donetsk (not to be confused with the fact that it is the capital of the DPR). A Ukrainian shell hit a residential building, killing 47-year-old Russian Andrei Shulyatyev, and an 82-year-old pensioner seriously injured from the blast wave. The murdered man has four children. In addition to them, several more of our fellow citizens in the settlements of Donetsk and Gukovo, in the farmsteads of Primiussky and Vasetsky, as well as in administrative buildings at border checkpoints in the Rostov region, became victims of shelling from the Ukrainian side, fortunately, not fatal.

Needless to say, all this can be qualified as war crimes of the Armed Forces of Ukraine and is quite attractive for "casus belli"? Or will we continue to feel sorry for Ukraine?
Reporterin Yandex News
Reporterin Yandex Zen
81 comment
Information
Dear reader, to leave comments on the publication, you must sign in.