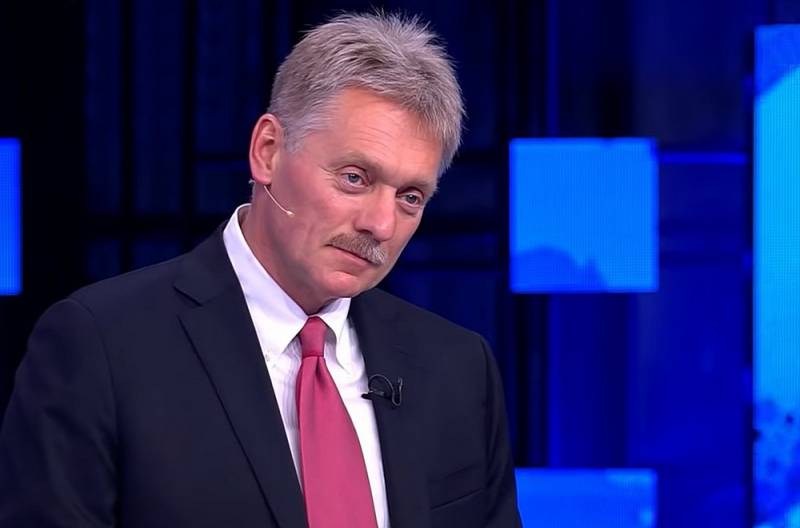 The Kremlin recently responded to the version that the nuclear submarine K-141 "Kursk" sank as a result of a collision with a NATO submarine. Admiral Vyacheslav Popov, who at that time held the post of commander of the Russian Northern Fleet, insists on this interpretation of the events of August 12, 2000 in the Barents Sea.

We leave it (version) absolutely without comment. You know that there was an investigation that came to a final conclusion, and therefore we do not want to comment on the appearance of any other hypotheses.
- Dmitry Peskov, the press secretary of the Russian president, emphasized to the media.

Earlier, Popov expressed the version that at the time of the catastrophe the nuclear submarine of the North Atlantic Alliance was located in the immediate vicinity of the Kursk, which suffered great damage from a collision with a Russian nuclear submarine and from an explosion on the latter.

The ex-admiral also spoke about the discovery of this submarine by anti-submarine aircraft of the Russian Federation. The NATO boat is now based in Norway. However, Vyacheslav Popov will not publish the name of the NATO submarine, since he does not have exact documents on this matter.

According to the investigation, the Kursk nuclear-powered submarine missile-carrying cruiser sank 175 km from Severomorsk at a depth of 108 m from the detonation of a training torpedo due to a leak of propellant components. As a result of the disaster, all 118 crew members of the boat were killed. The incident is considered the largest tragedy in the history of the Soviet and Russian submarine fleet since the Second World War.
Reporterin Yandex News
Reporterin Yandex Zen
26 comments
Information
Dear reader, to leave comments on the publication, you must sign in.