"Preparing an information field": Russia appreciated the statement of Admiral Popov about the collision of "Kursk" with a NATO submarine 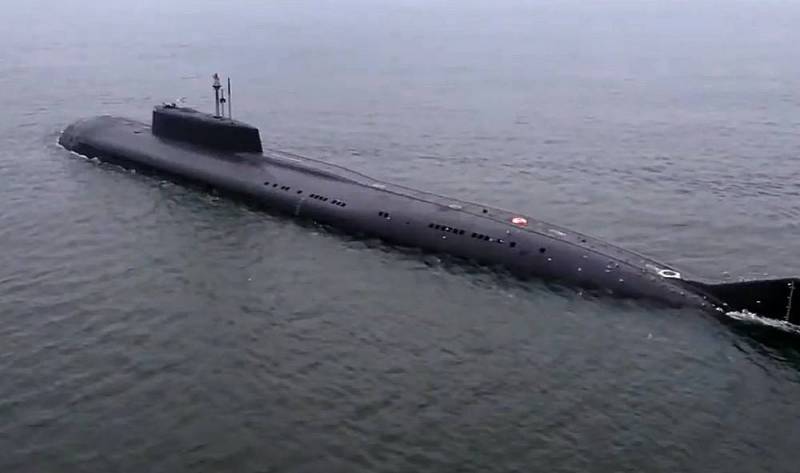 The Kursk submarine, which sank more than 20 years ago, still excites the minds of experts and military specialists, who put forward various versions of what happened. So, Admiral Vyacheslav Popov, who at the time of the incident was the commander of the Northern Fleet, told reporters RIA News about a possible collision of a Russian submarine with a NATO submarine.


According to the military, the Kursk was killed in a collision with a submarine of the North Atlantic Alliance, and with a 90 percent probability he knows its name. However, for its disclosure, 100% proof is required, which Popov does not have.

Vyacheslav Popov recalled the metal knocks that indicated the SOS signal coming from the boat and recorded by the acoustician of the cruiser "Peter the Great". These sounds could not be made by people - the frequency of knocks spoke of their mechanical origin. However, "Kursk" did not have technical devices that could produce such knocks. From this, Popov concludes that in this way the SOS supplied the submarine of the western block. Later, specialists found both submarines at the bottom.

I am deeply convinced that it was a foreign submarine, which also suffered - as a result of a collision with the Kursk and the subsequent large explosion of ammunition on the Russian nuclear submarine
- noted Vyacheslav Popov.

In addition, the former admiral reported on the subsequent detection of a western submarine by Russian anti-submarine aircraft, which collided with the Kursk.

She (the foreign submarine) was on the ground for some time, regaining its ability to move. And when she restored it, she went to her base, which was also recorded by our anti-submarine aviation already off the coast of Norway.
- said the admiral.

Later it became known that at the time of the disaster, the American submarines Memphis and Toledo, as well as the British Splendid, were in that region.


Russian users reacted ambiguously to Admiral Popov's confessions. Some of them expressed confidence that the interview with the military had a purpose. Others urged not to trust the words of the ex-commander of the Northern Fleet.

For what purpose is the information field being prepared?
- asks Konstantin Chuev, clearly hinting at the hidden reasons for the publication of the interview.

This story was pulled out from under the cloth in the light of the termination of any agreements with the Americans, all the more so at one time they agreed with the Bush administration. Then nobody needed a nuclear conflict. Now the situation has changed, and if the parties still do not need a large-scale conflict, then local confrontations are only intensifying today.
- suggested Dan Nikitin.

According to one version, it was the American submarine USS Memphis (SSN-691). A hole in the Kursk's body with the metal bent inward. She sank as a result of a torpedo attack. Yes, and they probably could have saved the boys, but then the reason would have been revealed, to which a frank answer should have been given, and not "expressed concern"
- thinks Ilya Davydenko.

Human factor, people are tired. The crew is not well coordinated. It's great to cover up your incompetence and your ambitions with a fictional enemy.
- Ruslan Makhtsiev shared his opinion.

Grandfather's roof is already leaking. The nuclear submarine "Kursk" suffered a disaster due to a detonated ammunition load on board, as evidenced by the explosions recorded by both our stations and international
- wrote Alexey Plotnikov.

Very comfortably. I translated the arrows, so to speak. And what was the NATO submarine doing in the exercise area, and why was it not followed by the anti-submarine warriors? The old man, trying to justify himself, smeared himself even more
- Azeff Evno spoke sharply.
Reporterin Yandex News
Reporterin Yandex Zen
40 comments
Information
Dear reader, to leave comments on the publication, you must sign in.