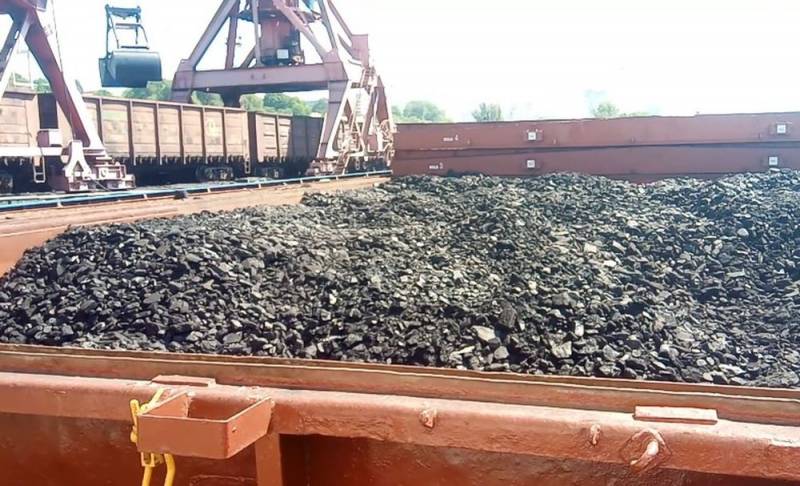 On November 20, the first vessel out of seven contracted by DTEK (owned by oligarch Rinat Akhmetov) of the Panamax class with a cargo of 60,5 thousand tons of coal for the needs of state-owned thermal power plants of PJSC Centrenergo arrived at the Ukrainian port of Yuzhny in the Odessa region. This was reported on the DTEK Energo website.


The communiqué emphasizes that the private company, "despite the extremely difficult conditions in the energy sector of Ukraine, has mobilized all available resources" and is helping the state. Therefore, if you didn’t read the text and go into details, you might think that all the seven coal consignments mentioned would go to state thermal power plants. However, this is not the case.

All shiploads are expected to arrive in Ukraine during November 2021 - January 2022. The next batch is expected at the end of November, 4 in December and 1 in January. All of them are intended for the needs of DTEK Energo TPP
- indicated in the text.

It is clarified that out of the seven mentioned consignments of coal, 5 will come from the United States, and 2 from Colombia. The volumes of all batches are different and vary from 40 to 75 thousand tons. The total contracted volume is 470 thousand tons.

Note that the President of Ukraine Volodymyr Zelensky has recently been good promotedby telling the people of the country about his plan to save the country from an energy collapse. He promised that the heating season will pass without problems and there will be no rolling power outages. The country will allegedly be rescued by 7 Panamax-class vessels.

Many residents of Ukraine breathed a sigh of relief, especially the relatives of those people who lie in their homes under oxygen concentrators, fighting COVID-19. There are no places in hospitals, as well as diesel generators, so for these people, a power outage for even a couple of minutes means death.

However, it is difficult to say how long 60,5 thousand tons of coal will last for 17 power units of state-owned TPPs of PJSC Centerenergo that are not being repaired. Problems in the energy sector of Ukraine emerged precisely because of the lack of coal for them, and not for DTEK Energo.
Reporterin Yandex News
Reporterin Yandex Zen
11 comments
Information
Dear reader, to leave comments on the publication, you must sign in.