The Baltics will have to pay dearly for the break with Russia, Belarus and China 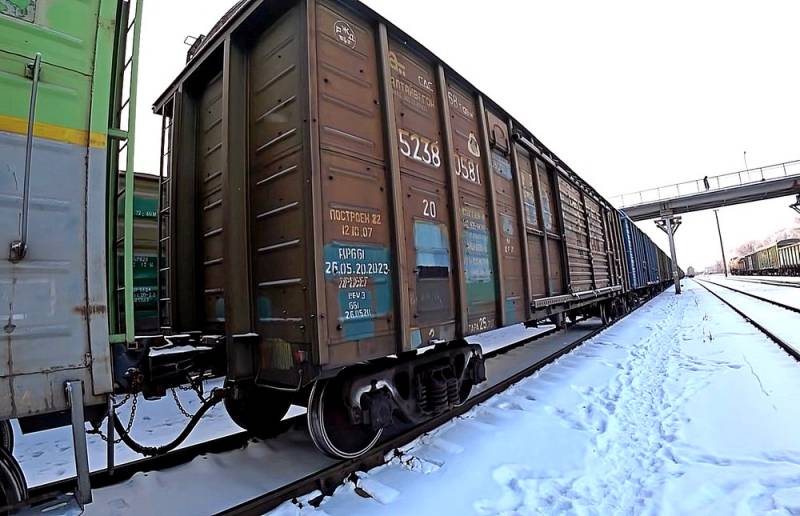 Russophobia is a commodity that sells very well in the West. However, the seller of this questionable item ultimately has to pay double the price for it himself. Now Ukraine is actively following this path, but three "Baltic sisters" were the first to trod this crooked path. At the same time, little Lithuania turned out to be not enough just one Russophobia, and it raised the banners of "Lukashenka-phobia", as well as "Sinophobia".

For a long time Latvia retained the status of the most "stubborn" former Soviet republic. In spite of the "occupants" Riga liquidated all their "heavy legacy" in the form of heavy industry. After that, Latvia could only sit on the transit of Russian goods to Europe, however, it also managed to cut this branch.

Several years ago, Moscow, tired of the Latvian "yapping" at its address, relied on the development of its own ports in the Baltic and the gradual transfer of exports to Ust-Luga, St. Petersburg and Kaliningrad. For Riga, it was the hardest blow in the stomach. And now, every year, Latvian officials are pulling the hair out on their heads, noting the steady decline in Russian transit volumes, and hence budget revenues. The head of the Latvian Ministry of Transport Talis Linkays will not let you lie:

I consider transit to be an important component of the entire transport industry. Providing jobs and maintaining transport infrastructure, transit has historically played an important role in employment in the port, logistics and services in general. If we look at the structure of services, then about 42% of their exports are transit-related services - with the same logistics, sea and air transport.
According to the Ministry of Transport of the republic, in the first 9 months of 2021, the total processed and transported was 9,3% less than in the same period last year. Through the Latvian ports, 22,5% less liquid cargo was delivered, including oil products - 24% less over the same period. The volume of transit cargo going to ports by rail decreased by 22%.

The decline in the income of JSC Latvijas dzelxcels (Latvian Railway, Latvian Railways) has already forced 3 thousand employees out of 10 thousand to be fired. By the end of 2021, top management plans to lay off another 684 railway workers. From the donor of the Latvian budget, the Latvian Railway has turned into a "freeloader" in just a few years, who has to be kept afloat at the expense of state subsidies.

A "conspiracy theory" is already becoming popular in Latvia, according to which some "Kremlin agents" are trying to quarrel Riga with Moscow, lobbying the interests of Russian ports and transit business. It's funny. They see a speck in someone else's eye, but they don't notice a log in their own.

Lithuania without Russia, Belarus and China

However, Latvia looks like a model of adequacy when compared with neighboring Lithuania. Vilnius has managed to quarrel with absolutely all of its strategic partners.

Lithuania has traditionally been the second most important transit country for exports from Russia and the countries of the Eurasian Economic Union to Central and Western Europe, and the first in importance for Belarus. Also, China showed great interest in Lithuanian ports, considering the Baltic states as a key element of its "New Silk Road". But Vilnius clearly showed how not to do business with those from whose hands you yourself feed.

Lithuania, which did not recognize the legality of the re-election of President Lukashenko and supported the opposition, has already lost half of its export of Belarusian oil products. Minsk finally agreed to reroute them through the Russian Ust-Luga. Following the oil industry, it is planned to reorient Belarusian potash fertilizers to our ports in the Baltic. Russia takes over most of the Lithuanian transit provided by Belarus. At the same time, the export flow through the Kaliningrad region is growing noticeably. In the first seven months of 2021, it grew 4,4 times! In numbers, this is 56,7 thousand TEU (standard 20-foot containers).

We should thank China for this, which decided to make the Kaliningrad port a part of its “New Silk Road” instead of the Lithuanian Klaipeda. Ironically, but with a benefactor in the form of the Celestial Empire, Vilnius also fell out on its own initiative. It would seem that Lithuania and distant China can be divided, which with all the desire is difficult to blame for the "horrors of occupation"? But no, in Vilnius they still managed to create a conflict from scratch.

The Lithuanian authorities, keeping their nose to the wind, decided that they could sell the goods the United States needed in the form of "synophobia." Vilnius was the first to proudly exit the 17 + 1 partnership program of the Chinese New Silk Road. Then Lithuania passed a resolution condemning Beijing's actions against the Uighurs, where it called them "genocide" and "crimes against human rights." At the same time, for some reason, Vilnius does not see a problem in violations of the rights of the Russian-speaking minority. The Celestial Empire does not forgive such interference in its internal affairs, especially in some kind of Lithuania. The PRC is seriously considering the possibility of "excluding" this Baltic country from the "Chinese vision of the world", as if it did not exist at all.

But this was not enough for the Lithuanian authorities, and they crossed the last "red line" by opening an official representative office of Taiwan. Note that this is the last step before the recognition of the independence of the island, which China considers its sovereign territory. Beijing reacted with a squeamish decision to lower the level of diplomatic relations with Vilnius:

A decision was made to downgrade the Sino-Lithuanian diplomatic relations to the level of chargé d'affaires.
It is not surprising that the Kaliningrad railway is now choking on the multiply increased freight traffic from the PRC, which has gone bypassing Klaipeda. And the Baltic states, or rather its political "Elite" life clearly teaches nothing.
Reporterin Yandex News
Reporterin Yandex Zen
4 comments
Information
Dear reader, to leave comments on the publication, you must sign in.