They did not agree: the head of the CIA left Moscow with nothing, Russia pulled up troops to Ukraine 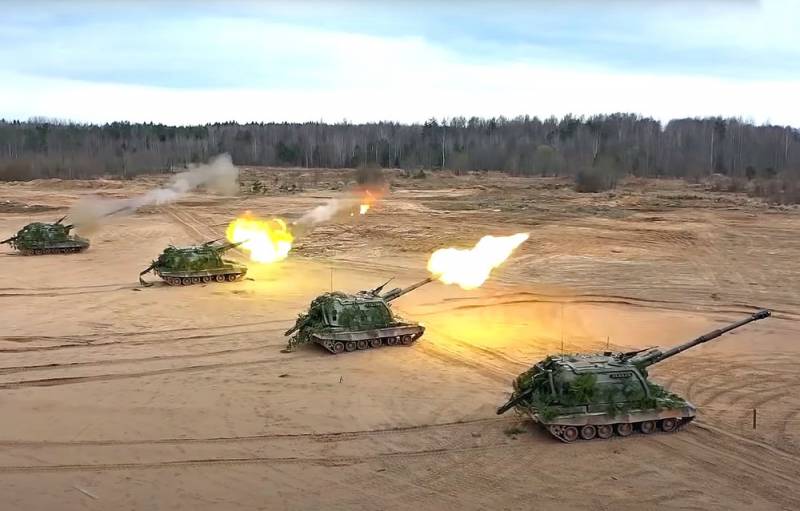 Friends, I have bad ones for you news... It looks like we are on the verge of terrible events. No, I have no insider information, as long as these are just my assumptions. But the facts add up to an unpleasant picture for us. I will try to summarize them briefly and intelligibly.

On December 16, the six months given by Biden to Putin for reflection will end, during which the parties committed themselves not to make any sharp gestures in the direction of each other. We do not know what the leaders of the two countries talked about in Geneva, but all subsequent events lead us to believe that everything revolved around Biden's fix idea about the "green" transition and the associated carbon tax, which the hegemon was going to impose on all countries. in one way or another, producing hydrocarbons or on their basis generating electricity or some other end product (for example, smelting steel). It was a plan to save the hegemon from imminent financial collapse, to which he came with his almost 30 trillion national debt. He could no longer live in debt, more precisely, the whole world was no longer able to service this debt due to inflation, which the United States exported along with its green papers, which are also the world's reserve currency. You don't need to be a great visionary to understand who Biden is going to shift the burden of servicing his national debt - the United States would be the main beneficiary, and Russia and China would be the main "terpils". It is clear that neither Putin nor Comrade. Xi did not agree to this "tempting" offer.

Biden came to this conclusion when both simultaneously did not attend either the G-20 summit in Rome, which took place on October 30-31, 2021 in the Italian capital, or the 26th UN Conference on Climate Change (COP26) that followed immediately after it, which opened in Glasgow, Scotland on October 31 and lasted there for 2 weeks (1 day even longer than planned), on which Biden had high hopes. In fact, we have that Putin and Xi threw Biden in his expectations. Therefore, for many, the unexpected two-day visit of CIA Director William Burns to Moscow on November 2-3 became the final turning point from peaceful confrontation to open war. What he talked about with his colleagues, Secretary of the Russian Security Council Nikolai Patrushev and Director of the Foreign Intelligence Service (SVR) Sergei Naryshkin, is a secret covered in darkness, but, believe me, two-day visits of the CIA director somewhere are not made just like that. This visit was not previously announced at all, it is only known that it took place on the initiative of the American side, or rather US President Joseph Biden. The CIA director's voyage to Moscow was a reason for everyone to think about it. Kiev strained too (who knows what they were trying to agree on behind his back?). And the fact that the negotiations were at the highest level is confirmed by the fact of the telephone conversation between the CIA chief directly with Putin, which took place right during the visit. One thing is clear - Burns laid the cards on the table, Patrushev and Naryshkin reported them upstairs, after which the CIA director made a personal contact with the Russian president. After this, events began to develop with cosmic speed.

Immediately upon his return to Washington, Burns contacted Zelensky and had already conducted telephone conversations with him. Already annoying! But everything becomes clear if we remember what preceded the unexpected voyage of the CIA chief to Moscow. And on the eve a number of events took place, which cannot be called more than strange. On October 30, the main mouthpiece of the Democrats, The Washington Post, comes out with a long article in which, citing anonymous sources in the Pentagon, it accuses Russia of building up troops near the borders of Ukraine. And literally on the eve of this article, on October 26, the Ukrainian Armed Forces used a Turkish-made strike drone for the first time in Donbas, and the next day they occupy the village of Staromaryevka, located in the gray zone of the DPR. What is there and then proudly reported to the whole world. Earlier on October 18, Russia suspended its mission to NATO in response to the expulsion of eight of its representatives from Brussels on charges of espionage. And the very next day, October 19, US Defense Secretary Lloyd Austin, who is in the Ukrainian capital on a one-day working visit, declares that NATO's doors are always open for Independent and no one has the right to tell a sovereign country where to join and where not. And this is despite all Putin’s statements that Ukraine’s entry into NATO and the deployment of American military infrastructure there is a “red line” for Moscow, as Putin wrote about in his July article on Ukraine, and after Lloyd Austin’s statement he was forced to dwell again on this topic and on the sidelines of the Valdai-2021 discussion club, which took place on October 18-21 in Sochi. Between these events on October 11, there was also a sensational article by Dmitry Medvedev in the Kommersant newspaper, where he called Ukraine a "vassal state" under direct foreign control. President of Belarus Alexander Lukashenko, unrecognized by the West, also added fuel to the fire, who accused the United States of building military bases in Ukraine using training centers as a cover. The Washington Post quotes Ukrainian President Volodymyr Zelenskyy, who, in response to accusations of using combat drones in Donbas, said:

When the Ukrainian army feels the need to defend its land, it does so. And so, in accordance with these principles, it will continue to act.
We don't step on, we just answer
- he added.

And the very next day after the article in the Washington Post, the American publication Politico publishes satellite images that presumably indicate a pulling together of Russian troops and military equipment to the Ukrainian border. In the material edition leads pictures armored units, artillery and infantry, allegedly made on Monday, November 1, by Maxar Technologies, which indicate the pulling together of the Russian Federation of its troops in the Yelnya area of ​​the Smolensk region. Politico, apparently, is not embarrassed by the fact that Yelnya borders more on Belarus, to which it is 100 km away, than on Ukraine, which is 2,5 times more distant from it - 250 km. The main thing is to trumpet in unison with the Washington Post about the buildup of the Russian military threat. According to an analysis of the military-related British "Jaina Information Group" cited by Politico, near the border with Ukraine, in the Bryansk and Kursk regions of the Russian Federation, units and equipment of the 1st Guards Tank Army and 4th Guards Tank Division, usually based in outskirts of Moscow. Something similar was pointed out by the Washington Post, which, referring to publicly available satellite imagery, stated that the forces of the 41st Combined Arms Army of Russia, usually based in Novosibirsk, did not return to Siberia after the Zapad-2021 exercise, but instead joined with others Russian troops near the border with Ukraine. Michael Cofman, director of the Russia Studies Program at the Virginia-based nonprofit think tank CNA, quoted by the Washington Post, said the footage posted online appears to show that the 1st Guards Tank Army of Russia is an elite a unit based near Moscow is deploying personnel and equipment towards Ukraine. In this whole story, I am most amused by the words of Kofman - "apparently." He was not even embarrassed by the fact that the NSDC and the Ministry of Defense of Ukraine did not officially confirm this fact, stating that "they did not record any additional transfer of Russian units, weapons and military equipment to the state border with Ukraine." Moreover, Ukraine even began to abandon the use of a combat drone in the Donbass, and in the story with the village of Staromaryevka, it reached an agreement to the extent that it stated that it had occupied it exclusively for humanitarian purposes, to supply the civilian population with water and food.

But the music did not last long. After Burns' call to Zelenskiy, and especially after the unexpected appearance in Kiev on November 4 of the former Interior Minister Arsen Avakov, who resigned "of his own free will" in July, Kiev's rhetoric changed dramatically. Clouds began to gather over Bankova, the throne swayed under Zelensky, and he immediately saw Russian troops on their borders and the village of Staromaryevka, already abandoned by the Ukrainian military, was again occupied by them. It became clear that Putin and Biden did not come to an agreement, and Washington again used its main argument - "the spring from the Ukrainian tractor KhTZ."

Immediately, in response, Moscow took a number of steps that should have reasoned Washington, I mean the successful destruction on November 15 of the old Soviet Tselina-D satellite in near space by an unknown Russian anti-satellite missile launched from the ground, and the launch of a hypersonic missile The sea-based "Zircon" from the frigate "Admiral Gorshkov" on the target in the White Sea, which happened three days later, on November 18, but nothing could turn on Washington, he bit the bit and rushed to his goal. And he can be understood - it was not even world domination that was at stake, where he was before, but the banal survival of the United States, and in this game all methods are good.

I have to put an end to this. Continuation already in next article... There we will talk about how Zelensky was cornered, and how it could threaten us.
Reporterin Yandex News
Reporterin Yandex Zen
49 comments
Information
Dear reader, to leave comments on the publication, you must sign in.