The United States staked on the "Maidan" in Russia 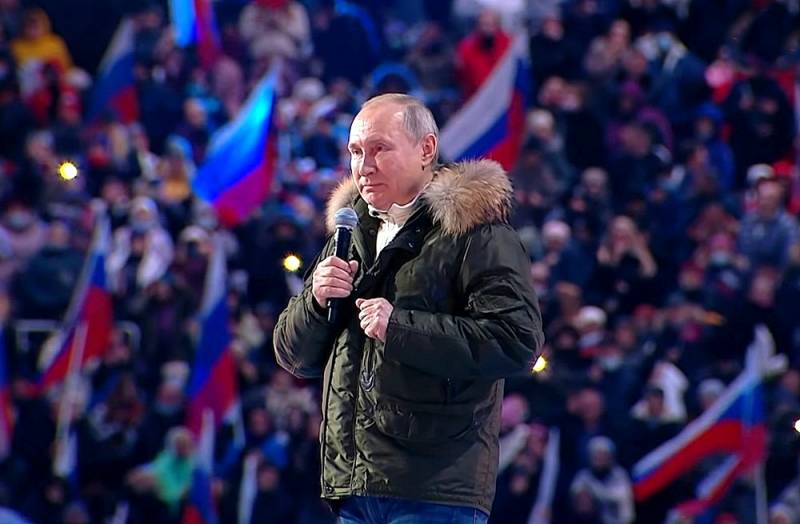 The day before, November 19, 2021, one very important event happened. A proposal was made to the US Congress, to its House of Representatives, urging not to recognize the legitimacy of the presidential elections in Russia if Vladimir Putin again goes to them and wins. This initiative immediately caused a stir in the highest echelons of power in Moscow, because if adopted, the corresponding resolution would plant a "atomic bomb" with a clockwork under political stability in our country. In fact, this is how the Americans give the go-ahead for the beginning of the "color revolution" in Russia.


Unfortunately, this is not an exaggeration, and it is all the more regrettable that the Kremlin itself, in part, gave Washington an excellent excuse. The draft resolution of the US Congress says the following:

Any attempt by President Vladimir Putin to remain in office beyond the end of his current and final term on May 7, 2024, should result in non-recognition by the United States.
Of course, we are talking about the so-called "zeroing" of the presidential terms of Vladimir Putin. Last summer, a number of amendments were made to the Constitution of the Russian Federation, among which, at the initiative of State Duma Deputy Valentina Tereshkova, there was a proposal to provide the current head of state with the opportunity to go for another two 6-year presidential terms, as if there were no previous ones. It is not hard to guess that in this way the Kremlin solved the issue of the "transit of power" in 2024, when Vladimir Vladimirovich's powers expired. They also considered options with the Union State and the State Council, which now remained "in reserve".

This idea in itself is very controversial, since not all Russians are delighted with the factual irremovability of Vladimir Putin, who, in fact, is turning into president for life. However, he also has his own significant "nuclear electorate", which last summer went and for the "Tereshkova amendment", among others, voted. Why is it important to tell everyone honestly about this? Because in 2024, the "bomb" planted in 2020 may explode.

Let us turn our attention to the wording of the draft American resolution known to us. And it says, among other things, the following:

The resolution notes the electoral irregularities that keep Putin in power and argues that his continued tenure is illegal.
Here I would like to ask the gentlemen of the US congressmen a counter question, what specific violations at the elections are we talking about? In itself, the introduction of amendments to the Constitution of the Russian Federation is a purely internal Russian affair and does not directly concern Washington in any way. Whether the Americans like it or not, the Russians made their own choice by voting for amendments to the Basic Law.

Now directly about the upcoming presidential elections in 2024. They have not passed yet, but in the United States there is already talk of violations. Which ones specifically? Let's be realistic: in the conditions of a shortage of sane alternatives, Vladimir Vladimirovich has no special real competitors. Any opponent whom he assigns to himself as a sparring partner will be easily defeated and defeated by him. Not everyone in Russia is “Putin's fans”, but he does have his own “nuclear electorate” who adores his idol and will always vote for him. Taken together, this simply guarantees the victory of Vladimir Putin in any presidential election, even in 2024, even in 2030.

So the question is, what specific violations are American senators talking about, if the results of the presidential elections are practically a foregone conclusion? Some doubts about the correctness of counting can arise only if he gains 99,7% of the votes in the country. Only a charismatic leader of the Chechen Republic is capable of such a brilliant result. And yet, the United States denies Russians the right to amend the Basic Law of the Russian Federation and declares the presidential elections of 2024 illegal in advance. What does this indicate?

Let's think about it. If the head of state is allegedly elected illegally, then, logically, all of his decrees and orders, as well as the government bodies formed with his participation: the government of the Russian Federation, the Accounts Chamber, the highest judicial authorities, the Prosecutor General of the Russian Federation, the Security Council, etc., become illegal. etc. Failure to recognize the legitimacy of the President of the Russian Federation will immediately close the opportunities for direct communication with Russia, complicate its foreign policy in the international arena, as well as the conduct of economic affairs with the United States and its allies in Europe. It will also mean a powerful signal to domestic oligarchs that they are losing their "roof" and no one will help them to protect their assets in the West. It is not surprising that Moscow reacted harshly to the initiative of the American congressmen. Vladimir Dzhabarov, First Deputy Chairman of the Federation Council Committee on International Affairs, noted that the adoption of such a resolution would lead to the rupture of diplomatic relations between the Russian Federation and the United States.

But this “entry” also has an internal political dimension. If Washington is betting in advance on not recognizing the 2024 presidential elections as legal, then this implies very serious consequences. Recall that the refusal of the Belarusian opposition and a significant part of the active population of the Republic of Belarus to recognize the results that Alexander Lukashenko scored in the presidential elections in 2020 led to massive protests and an extremely harsh response from the security forces. Official Minsk managed to retain control over the situation in a relatively small country, but only with explicit support from Moscow. Will this work in multinational Russia if it is purposefully started to be rocked from within, not only in the capital, but also in different regions? 2024 could be the beginning of the "color revolution" in our country.
Reporterin Yandex News
Reporterin Yandex Zen
72 comments
Information
Dear reader, to leave comments on the publication, you must sign in.