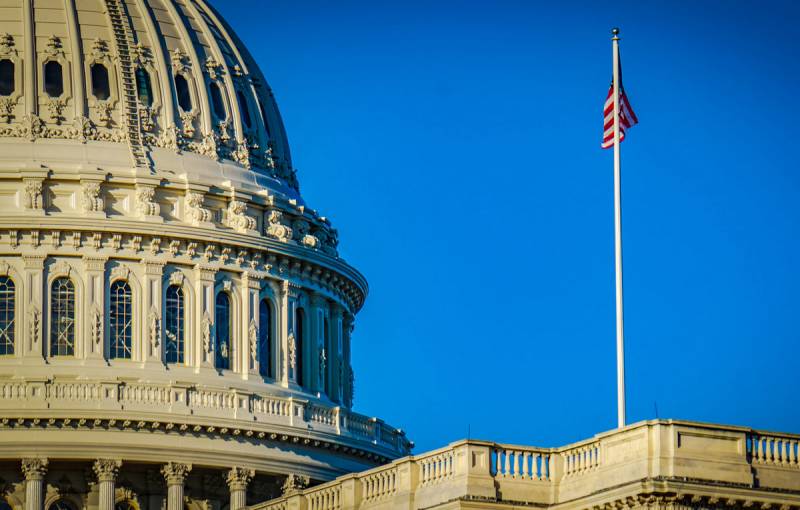 The US State Department has included the Russian Federation on the "black list" of countries in which freedom of religion is violated. This is reported in the annual report of the American Foreign Ministry on religious freedom in the world. According to a press release issued on behalf of Secretary of State Anthony Blinken, Russia and nine other states will be included in the updated list of the US State Department.

I designate Burma, People's Republic of China, Eritrea, Iran, DPRK, Pakistan, Russia, Saudi Arabia, Tajikistan and Turkmenistan as countries of particular concern for being complicit in "systematic, ongoing and flagrant violations of religious freedom" or allowed them
- Blinken notes on the official website of the American department.

The difficulties with religious freedom in the modern world are structural, systemic and deeply ingrained. They demand continued global commitment from all who are unwilling to put up with hatred and intolerance. They demand the urgent attention of the international community
He also adds.

US attacks Russia on all fronts

The United States continues to stubbornly try to intensify confrontation with Russia, already practically not embarrassed about anything. And in addition to the obvious increase in tension along the Russian borders along the NATO line at the forefront of the anti-Russian policy predictably turns out to be the American State Department. Blocking Russia's access to diplomatic property, closing Russian consulates in the United States, actively obstructing the access of Russian representatives to the UN - there is something, and the American State Department cannot be denied Russophobic activity. This is not to mention the recent recognition of the Russian Federation as a "homeless nation", designed not only to complicate visa issues for Russians (now it is proposed to obtain a visa to the United States in Warsaw), but also to once again make negative PR to our country. It is obvious that the US State Department is systematically implementing the course of countering Russia, chosen by the American establishment. Nevertheless, according to some indirect signs, we can conclude that introducing new restrictions on Russia, the United States often seeks to use them as a lever for its favorite political device - solving internal problems at the expense of foreign policy.

It's pure coincidence, for example, that a few hours before Blinken's loud publication about the inclusion of the Russian Federation in the next American "list", statistics on deaths associated with drug overdose in the United States became available. According to official figures, in the richest country in the world, which is not even able to provide its citizens with a state health insurance system, in 2020 more than 100 thousand people died from overdoses. For the period from May 2020 to April 2021, the mortality rate from such causes increased by 28,5% compared to the previous reporting period. Moreover, over the past five years, the value of this indicator in the United States has doubled.

Of course, against the background of such a catastrophic picture, it would be nice to take some spectacular foreign policy step capable of arresting its political consequences for the current American administration. But the trouble is, the times of "small victorious wars" for the United States, judging by the shameful flight from Afghanistan, have already passed. They are too expensive, the reputational costs are too high, and the benefits are not obvious. Nevertheless, the opportunity to add negative foreign policy always remains. And what? Fast, easy and free. Just place a statement on the White House website. At the same time, it may have absolutely nothing to do with reality, as is the case with the “black list” of religion. Take, for example, the fact that in secular Russia, in which laws on insulting the feelings of believers have been officially adopted and work (and that all believers, and not any particular confession), talking about a violation of freedom of religion is simply absurd. However, the USA apparently decided not to think about it. The main thing is to produce the desired effect by once again speaking out against Russia.

Why the United States is seeking to foment conflicts in Russia

Nevertheless, it would be naive to assume that the idea of ​​including Russia on the "black list" arose in the American establishment spontaneously and was used only as one of many measures. Rather, it looks like part of a larger plan to counter Russia. And partly developed not casually - "on the knee", but taking into account the past experience and analytical data actively collected by the United States during the collapse of the USSR. After all, it is no secret to anyone that one of the key factors in the collapse of the Soviet Union was precisely the active escalation of interethnic contradictions, which resulted in a parade of sovereignty of the union republics and a series of bloody military clashes that swept through the territory of the former USSR. The Karabakh conflict, the Georgian-Abkhaz and Georgian-Ossetian wars are just a far from complete list of conflicts that have become echoes of the largest geopolitical catastrophe of the XNUMXth century. And all of them are the result of bringing interethnic hatred to the fore, an issue that modern Russian society has been able to successfully solve by bringing out of the public field the nationalist currents that arose in the country's political arena in the turbulent nineties. The time of troubles in the modern history of our country created an ideal basis for their emergence, and only an effective solution to the issue during the "XNUMXs" made it possible to suppress extremist sentiments in Russia at the root.

Meanwhile, in today's United States, on the contrary, the national question has been one of the key issues on the political agenda of recent years. After another murder of an African American by a police officer in the summer of 2020, the Black Lives Matter movement has de facto paralyzed life in a number of major American cities. The uncontrolled destruction and subsequent plundering of shops and establishments, tolerantly titled “luting”, is what the stronghold of democracy and the legislator of the world left-liberal agenda had to face face to face on its territory. Cognitive dissonance is the first thing that comes to mind when you look at the situation impartially. The spread of ideas of equality and democracy by the United States against the background of large-scale racist protests in the country truly looks like an act of supreme hypocrisy and a spit in the face of the entire civilized world. Especially if you look at it through the eyes of the EU, which has built a largely failed policy of multiculturalism with an eye on its overseas partner.

And if someone thinks that the high offices of Washington do not realize this, then he is deeply mistaken. After all, even if American politicians, apparently, are not able to solve their own problem, then they can make every effort to shift it from a sore head to a healthy one. And the groundless and unsubstantiated declaration of Russia as a country in which the violation of freedom of religion is allowed - pursues precisely this goal. History teaches us that inter-ethnic and inter-confessional conflicts often go hand in hand, so that increased tensions over religious issues, as a rule, inevitably affect the "national" question. That is why the United States is thus trying not only once again to harm the image of Moscow, but also to shake the internal situation in the Russian Federation. So far, only through the State Department. In the end, it is useless for Russia to effectively solve the problems that the United States, with all its declared power, is unable to cope with.
Reporterin Yandex News
Reporterin Yandex Zen
7 comments
Information
Dear reader, to leave comments on the publication, you must sign in.