"A battle I will never forget": a US Air Force pilot told how he "deceived" the MiG-29 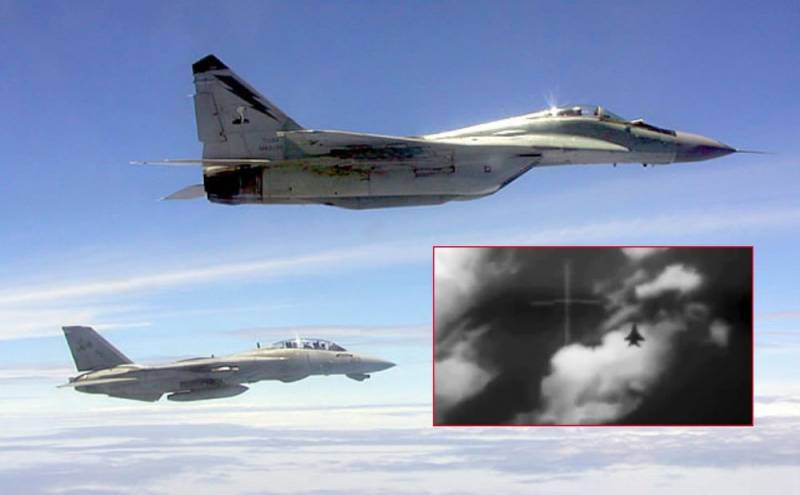 Former F-14 Tomcat fighter pilot and retired US Air Force Captain Sam "Slammer" Richardson told the gripping story of how he "tricked and shot down" a MiG-29 of the Luftwaffe Bundeswehr (FRG) in a one-on-one training aerial combat in the late 1990s. This is reported by the American edition of The Aviation Geek Club.

The first fight, which I will never forget, did not start well for me. I tried aggressive pressure and failed miserably. What should I do? I realized I can't fight the plane, I need to fight the pilot
Richardson said.

I deliberately flew directly under him. I knew he was aggressive as hell. I saw him two afterburners. He tried to pull away from me. And I thought: "Gotcha!" I went upstairs and barreled in an arc over the bow of the MiG-29
Richardson added.

Such a move even made the MiG-29 pilot shout: "Come on, leave me alone!"

Richardson also thanked the instructors and veterans who taught him important lessons. They taught many piloting tricks, as well as understanding the advantages and disadvantages of their own and others' planes.

Tomcat is a very easy-to-fly aircraft. But this plane is very, very difficult to fly.
- summed up Richardson.
Reporterin Yandex News
Reporterin Yandex Zen
4 comments
Information
Dear reader, to leave comments on the publication, you must sign in.