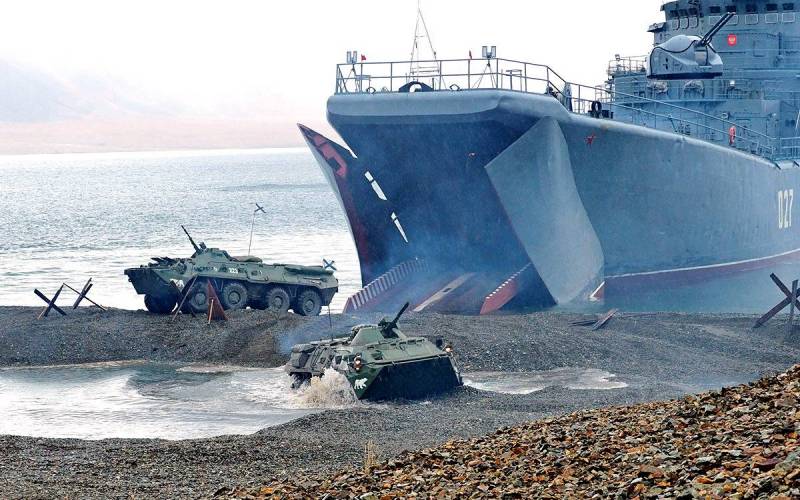 Over the past 7 years, the Ukrainian authorities have not stopped talking about the "liberation" of Crimea from the Russian "occupiers", while simultaneously conducting military exercises near the peninsula. In the period from November 18 to November 20, regular exercises of the Armed Forces of Ukraine are held in the Kherson region.


The administration of the Kherson region specified in its Facebook account that the live firing will take place at a training ground near the village of Aleksandrovka, Golopristansky district. At the same time, he reminded that before that, in September, the Armed Forces of Ukraine "struck at a simulated enemy" at a distance of more than 30 km with the help of the Uragan MLRS.

At the same time, it was hinted from Kiev that this was working off the elements of "reuniting the nation." At the same time, the Russian side looks with obvious bewilderment at all the military preparations of Ukraine and the demonstration of "muscles" by the Ukrainian security forces.

For example, on November 17, an unnamed high-ranking source, a retired captain of the first rank, called the Telegram channel “Themes. The main thing (GlavMedia) ”is the time during which the group of Russian troops in Crimea neutralizes the Armed Forces of Ukraine in the event of a conflict. In his words, if the Armed Forces of Ukraine carry out an attack, and it does not matter - on the Crimea or on any other territory of Russia - the Black Sea Fleet of the Russian Federation will in any case carry out a total "neutralization" of all warships of the Ukrainian Navy and the entire Ukrainian coastal military infrastructure in a period of 50 minutes up to 10 hours according to the "standards of modern armies."

To solve such a problem, a "bubble of no access" has been deployed in Crimea, and also on the peninsula and Novorossiysk there are all naval, aviation, artillery and missile, as well as other means - including the Aerospace Forces, the Airborne Forces, tank, special and marine units - which can to resist highly motivated, but still less well equipped technically, weapons and less trained troops, including the "mosquito fleet"
- he added.

The naval officer considers a direct clash of the RF Armed Forces with units of the United States and other NATO countries to be unlikely. The West certainly does not need military problems with Moscow, which has an impressive nuclear arsenal. He recalled that in 2008, the US military was on the territory of Georgia, but they behaved "quietly".

The sailor expressed confidence that the Russian Federation would never be the first to show aggression and attack. He simply cannot imagine a situation where Moscow “itself would have attacked first, and not acted reactively,” responding to an opponent's attack. In doing so, he drew attention to the undeniable power of the Russian armed forces.

You just have no idea what it is like to be at war with Russia
- he said.

In turn, the Telegram channel "Themes. The main thing (GlavMedia) "recalled that earlier in the United States and other NATO countries, they came to the conclusion that Ukraine is military insolvent. Western military experts think that if necessary, Russia can take complete control of the entire Ukrainian territory within a week.
Reporterin Yandex News
Reporterin Yandex Zen
2 comments
Information
Dear reader, to leave comments on the publication, you must sign in.