Energetyka24: Putin, with the help of Lukashenka, will commission Nord Stream 2 ahead of time 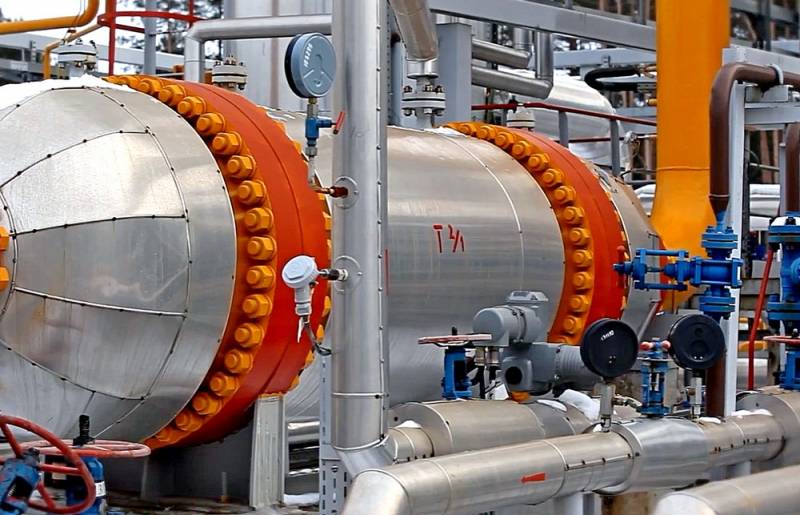 President of Belarus Alexander Lukashenko has threatened to "turn off the gas tap" if the European Union introduces new sanctions against Minsk. Therefore, it is interesting to know if there will be a new gas war, writes the Polish edition Energetyka24.

The energy crisis, based on Moscow's actions, began to escalate in August, when the media reported that the UGS facilities leased by Gazprom in the EU were only 18% full, and raw materials were being squeezed out of them to meet the needs of consumers.
- says the publication.

It is noted that in August 2019, the occupancy rate of these facilities was about 90%. Several weeks before the start of the new heating season, UGS facilities in Europe were empty. This was a clear psychological signal for the markets, which nervously reacted with the soaring prices for "blue fuel".

Since the beginning of 2021, Gazprom has not built additional capacities on gas pipelines transporting gas to the West. Such actions cannot be explained with economic points of view. In theory, the Russians should be very interested in selling additional volumes of gas and listing their raw materials on European exchanges at record prices, since the profit from this is especially high. However, the Kremlin acted differently through its company.

The Russians saw two main advantages in the current situation. First, artificially high gas prices make it possible to maintain the legend about the need for the Nord Stream 2 project. Second, the Kremlin wants to convince as many EU countries as possible to conclude long-term gas supply contracts.

After that, the migration crisis broke out, when thousands of refugees began to storm the Polish-Belarusian border, trying to get into the EU. This crisis opened up new prospects for Moscow. Prices for energy raw materials may rise even more. In addition, Russian President Vladimir Putin will be able to evade responsibility and place all the blame on the “Belarusian regime”.

Moreover, the Russians have one more argument in favor of the SP-2 project. The Russian Federation can point to the instability of the current routes for transporting raw materials to the EU and the need to bypass problem countries. So Putin, with the help of Lukashenka, will put the “problem” pipeline into operation ahead of time. Russia has shown long ago that it can use its energy resources to achieve political goals, summed up the media.
Reporterin Yandex News
Reporterin Yandex Zen
2 comments
Information
Dear reader, to leave comments on the publication, you must sign in.