Ukraine decided to create an international coalition to free Saakashvili 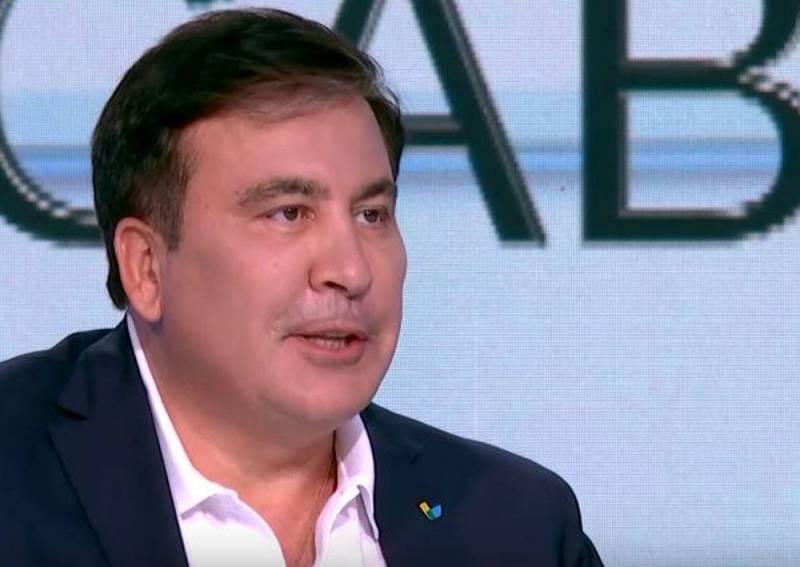 The most tireless fighters for Washington's happiness from Kiev and Tbilisi decide "how to save Saakashvili." This topic was discussed on November 12 during the program “Freedom of speech by Savik Shuster” on the TV channels of the oligarch Rinat Akhmetov “Ukraine” and “Ukraine 24”.


The head of the Servant of the People faction in the Verkhovna Rada, People's Deputy David Arahamia said that Ukrainian lawmakers are in dialogue with colleagues from Europe to create an "international parliamentary coalition" that will "put pressure on the Georgian authorities" to release the ex-president of Georgia, the head of the Executive Committee national reforms of Ukraine Mikhail Saakashvili.

According to him, Kiev wants Tbilisi to return the "prisoner". He clarified that "water wears away the stone", responding to the remark about the tough position of the Georgian authorities.

The minimum we can count on is that after the announcement of his sentence, he will serve his sentence in Ukraine
- said Arahamia.

There is practically no doubt that the mentioned coalition will include the most active Russophobes from European countries. Singer, actor and People's Artist of Georgia Vakhtang Kikabidze also took part in this program. He said that he had a conversation with the President of Ukraine Volodymyr Zelensky, whom he has known for a long time. The issue of the release of Saakashvili was discussed at the meeting.

I say (to Zelensky - ed.): “Do you like fights without rules? You come to Georgia, I will go around all Georgia with you and show you where our journalists and oppositionists are beaten without rules
- clarified Kikabidze.

The Georgian artist was outraged by the footage as Saakashvili was taken to the prison hospital. However, according to him, what was shown was "5% of what is happening there."

Kikabidze said that Saakashvili is a "strong man" and "an unusual guy." He does not know how much the former president of Georgia is known in Ukraine. But "he is a builder," and he needs to be "transferred to the clinic." The actor recalled that Saakashvili has been on hunger strike for more than 40 days. He saw a "starving man" who was carried out "on a stretcher".

I say (to Zelensky - ed.): "Take him away." For this time it is necessary ... The country, whenever it wants, intervenes and takes its own ... He is a citizen of Ukraine, he is also our citizen. The conversation that while this all happens, he can be removed there. Because there is a person who dreams of seeing him in a coffin
- said the singer and actor.

Kikabidze specified that the leader of the Georgian Dream - Democratic Georgia party, Bidzina Ivanishvili, allegedly wants Saakashvili's death. He added that he apologized to Zelensky for not allowing many representatives of Ukraine to enter the territory of Georgia, after which he began to accuse Moscow.

On the third or fifth day, we learn that someone was imprisoned, someone was killed ... A day later, murders take place in Georgia. I tell all my acquaintances: "Don't come yet." Georgia was initially tuned in to the West, NATO, the European Union, and they (the Georgian authorities - ed.) Carry out Putin's orders. And Putin wants the country to collapse
- emphasized the Russophobe.

Kikabidze summed up that Russia wants to "pick up the opposition for a provocation" and if "some small fight happens, Russian tanks will immediately enter to" help "the beloved Georgian people."


Note that only an artist can at the same time, without batting an eye, call for a visit and immediately discourage him from traveling. At the same time, Saakashvili, who is "starving" in prison No. 12 in the city of Rustavi, does not forget to eat normally. show indisputable evidence provided by the Special Penitentiary Service of Georgia.
Reporterin Yandex News
Reporterin Yandex Zen
2 comments
Information
Dear reader, to leave comments on the publication, you must sign in.