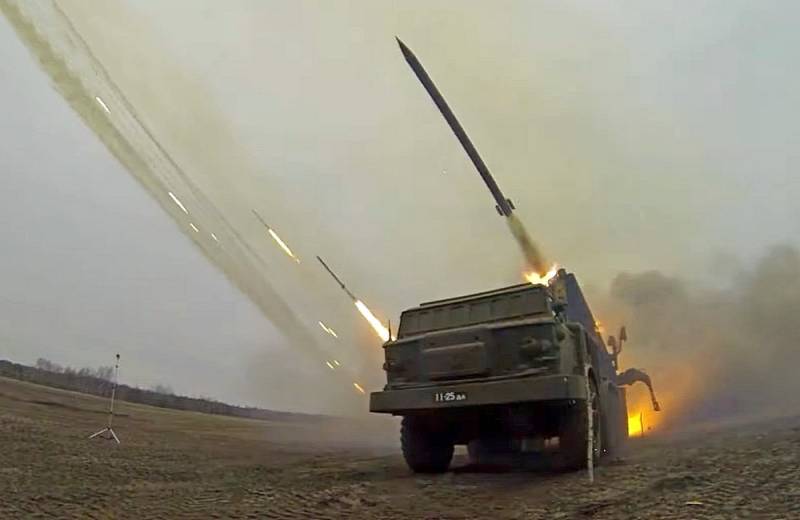 An unexpected migration crisis on the Polish-Belarusian border may well lead to the start of real hostilities. But in this case, it will not be the NATO bloc and the Union State of the Russian Federation and the Republic of Belarus that will fight, but Ukraine and Belarus. Who would have thought a few years ago that such a thing could even be possible? However, everything is heading towards a similar scenario. Who benefits from the Ukrainian-Belarusian war?


The situation on the border between Belarus and the EU countries inflames the imagination of many. Some military experts paint a picture of a simultaneous attack by Poland, Lithuania and Ukraine on Belarus, the Armed Forces of Ukraine on the DPR and LPR, the North Atlantic Alliance on the Kaliningrad region, and Japan on the Kuril Islands. Well, the likelihood of such a scenario is nonzero, but still very small. Russia is a nuclear power, which remains a deterrent for hotheads. As long as the "nuclear triad" is in order in our country and there is no confusion and vacillation, such scenarios of a direct external attack with the annexation of part of the territory of the Russian Federation by foreign invaders and invaders are extremely unlikely. Therefore, we will consider more realistic options.

In view of the above, direct hostilities of Lithuania or Poland, members of the NATO bloc, against Belarus, which is a part of the Union State with the Russian Federation, are practically ruled out. You can talk about this as much as you like, but words will not turn into deeds. But the situation changes dramatically after Ukraine got involved in the case.

Since the events of 2014, Minsk has been trying to build constructive relations with Kiev, playing the role of an intermediary between Russia and Independent and at the same time making good money on this. However, after the scandalous presidential elections in Belarus in 2020, Ukraine stood in solidarity with the West and did not recognize their results. After that, in Kiev, they began to draw from Belarus the image of no longer a friendly understanding neighbor, but a “Kremlin puppet”.

At the same time, Nezalezhnaya is objectively interested in starting a hot war with at least someone. Too many problems have accumulated in the country, the rating of President Volodymyr Zelensky has sunk too much, therefore the attention of the disgruntled, irritated public must be channeled somewhere, preferably on the image of an external enemy. There is Russia and the unrecognized republics of Donbass it supports, but the large-scale offensive of the Armed Forces of Ukraine on the DPR and LPR is fraught with large losses and unpredictable political consequences, if suddenly the RF Armed Forces intervene directly and go further, to Odessa, and even to Kiev.

And here the migration crisis appears at the right time on the border of Belarus and Poland with Lithuania. The European Union is definitely not going to let these unfortunate illegal migrants in. Minsk will not leave them for itself either, and you will not send refugees home, where they may be in danger. What to do? There is an option to redirect them towards the EU through Ukraine, and here Kiev suddenly appears as the injured party. Ukrainian radicals were immediately excited when they learned that thousands of people from North Africa and the Middle East could come to them. This is how the infamous former leader of the Right Sector (the organization is banned in Russia as extremist), and now an adviser to the Commander-in-Chief of the Armed Forces of Ukraine, Dmitry Yarosh, commented on this situation:

Attacks on the Polish border by the Kremlin's puppet Lukashenka should receive a worthy rebuff. I believe that Ukraine, if necessary, should provide all the necessary assistance to the neighboring friendly state ... For your and our freedom!
And it should be noted that Kiev has already begun to pull together the army and the National Guard to the border with Belarus. Knowing the degree of "controllability" and "frostbite" of the latter, there is no doubt that they will not be delicate with illegal migrants, like Polish border guards, but will show all their savage essence. What are the possible options further?

Option 1... Let's say the West has made a bet on the aggravation of relations with Russia through the conflict between Ukraine and Belarus. Then the following is possible.

According to President Lukashenko, illegal migrants who have accumulated on the border with Poland began to receive weapons and explosives from Independent Square in order to stage a provocation against border guards and NATO servicemen. Suppose that the "puppeteers" gave the go-ahead to redirect this flow to Ukraine in order to arrange a border conflict there. Then the National Guards will meet the unfortunate refugees with fire, and will begin to use drones to hunt them. At the same time, Belarusian border guards may suffer "accidentally". If they answer, then a real local armed conflict will begin.

Here, by the way, it will be possible to recall that Ukrainian nationalists have territorial claims to Belarus, in particular, views on the Brest and Gomel regions. Why shouldn't the Western puppets play this card by carrying out the "Anschluss" of Polesie and Brest region? Formally, the Armed Forces of Ukraine are stronger than the Armed Forces of the Republic of Belarus, which gives Kiev a false feeling of "untied hands". Of course, Russia will be forced to intervene and use its troops against Ukraine. This will give Kiev another reason to scream about "Russian aggression" and ask for NATO membership and the deployment of alliance troops on its territory. In NATO, Nezalezhnaya will most likely not be accepted, but sending military contingents and modern weapons is easy.

Option 2... Let's turn the situation around and suppose that in the Kremlin we have truly brave professional people with strategic thinking. Then, with the same data, a completely different outcome is possible.

So, illegal migrants are breaking through the Ukrainian border, meeting stiff resistance from the National Guards. The missile launched from the Bayraktar hits the positions of the Belarusian border guards or the military, bringing human casualties. Those answer. A border conflict begins.

But instead of expressing "concerns", Minsk gives the order for a general mobilization and the beginning of hostilities against Ukraine. Yes, the Armed Forces of Ukraine are larger in number than the Belarusian army, but at the same time, the militia and the people's militia of the DPR and LPR may come on the offensive, tying up the most combat-ready units of the Ukrainian army in the Donbass. And here the Armed Forces of the Republic of Belarus, tacitly propped up by units of the RF Armed Forces, which are located on the territory of Belarus and in the regions bordering with it, can disperse the National Guard and the Armed Forces of Ukraine, reaching Kiev. Along the highway from the Belarusian to the Ukrainian capital, there are only 536 kilometers, if in a straight line, then even closer.

If you act decisively and swiftly, without exchanging for "concern" and "puzzlement", then there will be no talk of any NATO troops entering Independent. At most, this is their actual occupation of the western regions, but this can be dealt with later. Those Ukrainian "patriots" who are now tearing the vest on their chest will fight for a place on the landing gear of the plane leaving Boryspil.

A blow from two directions, from Donbass and Belarus, could quickly put an end to the puppet pro-Western regime in Kiev, finally turning the sad page of the history of Ukraine. At the same time, Russia will not directly participate in its liquidation, and the DPR, LPR and Belarus already have nothing special to lose. Cynical, but true.
Reporterin Yandex News
Reporterin Yandex Zen
46 comments
Information
Dear reader, to leave comments on the publication, you must sign in.