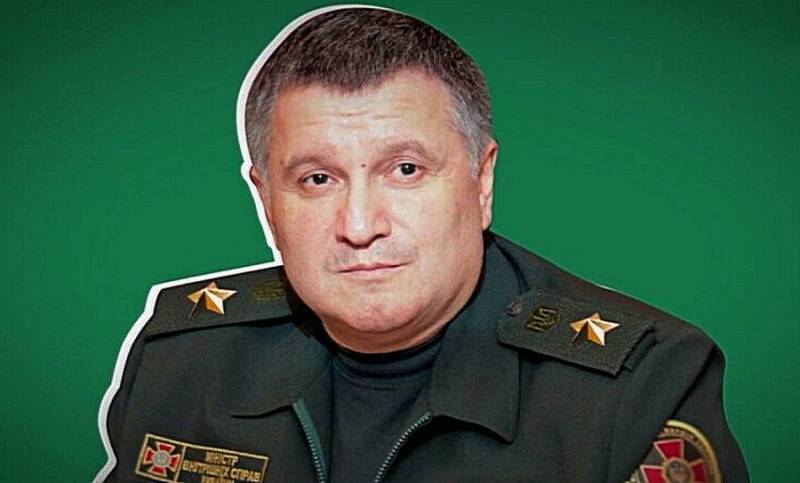 Against the background of all the recent events related to the first combat use of a Turkish shock drone by Ukrainian soldiers of light in the Donbas, their capture of a village in the "gray zone" with citizens of the Russian Federation, and in response to this, countless hordes of hordes were drawn to the borders of Ukraine in the Smolensk region the Kremlin military, I would like to make an official statement. Just take it seriously (this is not the border of Nezalezhnaya near Yelnya, which is located six hundred kilometers from these borders on the border with Belarus): Nobody is going to fight with Ukraine. As if someone and I myself would not like this.


To all hurray-patriots of the Russian Federation, I once again strongly suggest that they re-read the previous sentence and stop already dreaming about the unrealizable. If Kiev nevertheless crosses the boundaries of what is permissible, which Vladimir Vladimirovich clearly outlined, then its fate will be decided within two hours and not at all by the forces of the parachute regiment, as Pavel Grachev once promised Yeltsin about Grozny. Completely different people will work, and not even from the department of Sergei Kuzhugetovich. At the same time, no one will defend this addict in Kiev. His personal guard will run away first at the first shot into the air, when he realizes that it is not pseudo-fascist gopniks in balaclavas who are working against them, but real special forces of the FSB Central Service Department. You could observe something similar on December 27, 1979 when taking Amin's palace. Anyone who is very interested can google - Operation "Storm-333".

No one in the Kremlin is going to talk to the current occupant of the office on Bankova. Talking to him is not respecting yourself. What can you even talk about with the Prisoner of Narcotic Dreams, who is not responsible for his words? The credit of trust issued to him in Paris on December 10, 2019 has expired. The Kremlin's attitude towards him was clearly formulated by Dmitry Medvedev in his sensational letter to the Kommersant publishing house. I hope you all understand that such letters do not appear just like that. Dmitry Anatolyevich is a statesman, and even if not in parliamentary terms, he expressed not only his opinion. Consider that Putin spoke through him. The form of presentation, place and time of appearance of this opus were also not chosen arbitrarily. This is how the Kremlin tried to convey its message to the subscriber. The subscriber heard the voiced thought, now he is digesting. It was not easy for him. The Kremlin was counting on this. This is the only way to get the addict out of the influence of heavy antidepressants. Some remission is now being observed. But no one in Moscow is counting on a positive outcome.

Nobody is going to communicate with a person turned inside out. Peace enforcement will take place in slightly different ways. Economic... They have already been launched. You will see the results in just a couple of months. In February 2022. Medvedev's letter pursued slightly different goals. It was designed to shake the name of the river and show him that he was left alone. One on one with the Kremlin. And behaves like an idiot (sorry for the unprintable expression). No one in the world supports him with his spells about the Russian military threat anymore, and they look at him like an idiot. More precisely, like an idiot with a grenade. And what about the idiots with grenades? That's right - they are isolated. The process of removal from power has already begun. It was with this mission that a certain comrade Sobakov arrived in Ukraine, better known to the general public under his real name - Avakov. The operation is code-named "Taras Bulba". At one time, Arsen Avakov played a decisive role in ensuring that this Prisoner of Narcotic Dreams took his place on Bankova Street, depriving his opponent, the Director of the Confectionery Factory, of administrative resources, breaking the "grid scheme" of voter bribery he had debugged, thereby actually giving rise to the 6th President Ukraine, who, if not him, should bury him? It was with this mission that Comrade Sobakov arrived in the capital city of Kiev. The people who conceived this operation had clearly read Gogol.

So far, he is the most sane person on the other side of the barricades. The presence of gray matter under the cranium was recorded by specialized specialists from both departments (I already wrote about their meeting in Moscow earlier, when he described the visit of the CIA director to the capital and his meeting with his colleagues from the Security Council and the Foreign Intelligence Service of the Russian Federation). Treat him like General Wolf with similar functions. Dulles' department has not undergone major changes since the Second World War and has not changed its methods of work. Consider that Operation Sunrise (in the British version of the Crossword) has already been launched. Comrade Sobakov, who arrived in Kiev, is called upon to serve as an assembly point for all right-wing opposition forces to the current green president in Ukraine. The consensus of the oligarchic elites has already been reached. The point of no return has been passed. Everyone offended by the current Kiev regime, and this is 90% of people who completely mistakenly consider themselves the elite of Ukrainian society, were just waiting for a signal from the curators. You haven't forgotten who curators are for Kiev. The go-ahead was received on November 4, 2021, when Comrade Avakov appeared on Rinat Akhmetov's Ukraine 24 channel (which is significant!) With his policy statement.

Listen to yourself. Speaks quite common thoughts. I will quote verbatim: “Let the military do their job, and policy let them try to come to an agreement in an amicable way. " At the same time, Avakov has no illusions about the population living in the "occupied" territory:

In these territories [in the event of elections], it is not the representatives of Kiev or central Ukraine that will win - the local separatists, whom the population trusts, will win. It suits me ... Then years will pass, and we will cope with it.
How they will cope with this is not for me to tell you. Avakov simply suggests to be ready for any scenario: “Suddenly Putin is dead, and we are not ready ?! Suddenly, some kind of eventful series begins to take place in Russia, which will allow us to take our territories as bloodlessly as possible, but we are not ready? We must have a plan! " True, further comrade. Sobakov suffered:

Ukraine has thousands of kilometers of borders with the Russian Federation, and it is we who keep this rabid dog of the Putin regime on the borders of Europe. We! Unfortunately, we have no other choice! We would not have had such a neighbor with pleasure, but we do. Therefore, we must have a strategy for how to resist it. Even when NATO, as an institution, will not be effective.
You see, even Comrade Sobakov does not believe in NATO. The North Atlantic ship received a hole below the waterline and is going to the bottom, no matter what his crew would do. This is seen even by such short-sighted observers from the shore, like our Ukrainian non-brothers.

I have to admit that we got a hardened and smart enemy. Unfortunately, for us - not handshake. Fortunately for us, with a huge anti-rating and near-zero chances of becoming the next president of Ukraine. But the fact that he is called upon to become the undertaker of the green team of the Prisoner of Narcotic Dreams, who has now settled in Kiev, is a medical fact that everyone in Ukraine has already understood. I hope it is clear why I used the preposition "in" and not "on", because those who needed it and who should have understood it there in Kiev understood. The intensified barking towards Bankova only proves that the dogs were let off the leashes. And the demonstration of the index finger of the former servant of the people Mr. Leros from the rostrum of the Verkhovna Rada to the President attending the meeting is a clear confirmation of this.