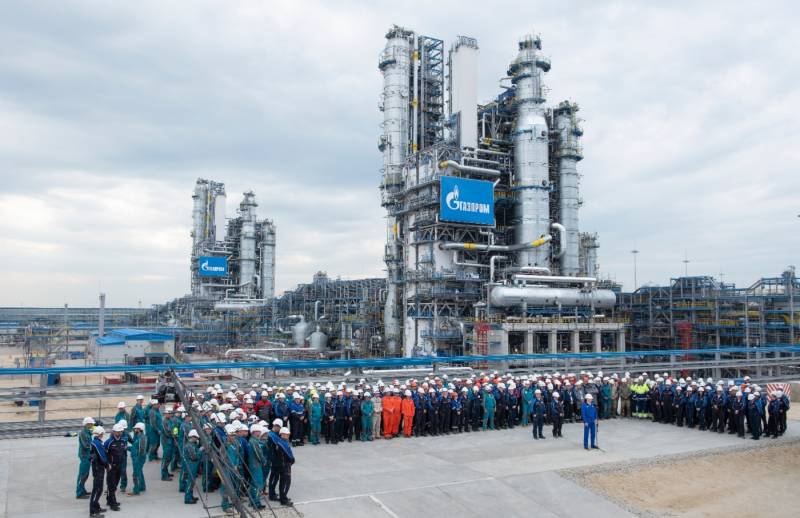 Events around the energy crisis in Europe took a detective turn. Surprisingly, they were superimposed on another interstate crisis, this time a migration crisis. The border conflict between Poland and Belarus threatens to leave the EU with an empty Yamal-Europe gas pipeline a couple of weeks before the start of the calendar winter. What is this, a banal coincidence or someone else's "cunning plan"?


Let's look at the events that happened in chronological order in order to try to discern some patterns.

So, starting in the spring of 2021, Gazprom began to implement a rather atypical strategy for it in the European market. The Russian monopolist actively used gas reserves stored in its UGS facilities in the EU, not rushing to replenish them. At the same time, despite the growing shortage of "blue fuel" in the Old World, the state-owned company was in no hurry to increase the volume of supplies in excess of those stipulated in the contracts. In other words, Gazprom duly fulfilled all of its contractual obligations to consumers, but did not provide additional volumes. Due to the resulting gas shortage, prices for it began to skyrocket, but the Russian corporation continued to pursue its unusual strategy, apparently aimed at promoting the Nord Stream 2 pipeline. The company did not try to skim the cream off the more expensive raw materials, and the Europeans were in no hurry to buy it, hoping that prices would soon normalize. Those who were greedy to take gas at $ 500 per thousand cubic meters in the summer, then clearly bite their elbows at a price of 1 cubic meters at $ 1 and more.

The result is natural: a real energy crisis is raging in the Old World, enterprises are closing, food, electricity, tariffs and everything related to this have risen sharply. Someone has to answer for this, but who? We will return to this question later.

Apparently, Frau Angela Merkel, the acting chancellor of the Federal Republic of Germany, still managed to appease President Putin. He gave the order to increase the volume of gas pumping to five Russian underground gas storage facilities in Europe: Jemgum, Katarina, Rehden and Etzel, located in Germany, and to the Austrian UGS facility Haidach. The supplies will increase through the Ukrainian GTS, but strictly within the scope of the volumes stipulated by the 5-year transit agreement, as well as through the Yamal-Europe pipeline going to Germany through Belarus and Poland.

Now let's move on to the question of who will be designated as the main culprit in the energy crisis. Naturally, Europe is not ready to admit its share of the fault in the excessive liberalization of the gas market and all kinds of obstacles posed by the Nord Stream-2 pipeline. It is most convenient to blame Gazprom for all the troubles. According to the American publication Politico, the European Commission began collecting materials for an antitrust investigation in order to establish whether the Russian state-owned company had an impact on prices for "blue fuel" in the EU. Like this. Do you remember the famous Ukrainian “promise anything, and we will hang it later”? Judicial practice shows that Gazprom usually "flies in" in European instances for huge fines. However, by all appearances, the European Commission was a little too hasty to find those to blame. Here he said his word, but not President Putin, but Lukashenko.

Fast forward to Belarus, where thousands of migrants from the Middle East and North Africa have gathered on the border with Poland and Lithuania, dreaming of illegally entering Western Europe. We have already discussed in detail how they got there, and what all this may eventually lead to. In response, Warsaw is ready to close the border with Belarus and turned to NATO for help. Some sinister movement of the military is taking place. equipment at both sides. And here President Lukashenko makes a very loud statement about the possibility of cutting off gas supplies to the EU through Belarus:

And if we close the transit through Belarus? It will not pass through Ukraine: the Russian border is closed there. There are no roads through the Baltics. If we close it for the Poles and, for example, for the Germans, what will happen then? We must not stop at nothing while defending our sovereignty and independence.
This is serious. We are talking about the very Yamal-Europe gas pipeline that supplies Germany and Poland with hydrocarbons. Its design capacity is 32,9 billion cubic meters of gas per year, and the maximum capacity is 34,7 billion. If transit is forcibly stopped not by Moscow, but by Minsk, then European UGS facilities will definitely not be filled before the onset of the winter cold, which will lead to another jump in energy prices, as well as to an increase in socio-economic tension in the EU.

Here one has to inevitably ask a question: is the threat to drain the Yamal-Europe gas pipeline a private initiative of President Lukashenko, or is it an agreed position of Moscow and Minsk, where Russia wants to demonstrate its displeasure from possible antimonopoly investigations by the European Commission? All the bigwigs in any case will fly to the "Old Man", but he has something to lose?
Reporterin Yandex News
Reporterin Yandex Zen
21 comment
Information
Dear reader, to leave comments on the publication, you must sign in.