Is the emergence of a Russian military base in Venezuela possible? 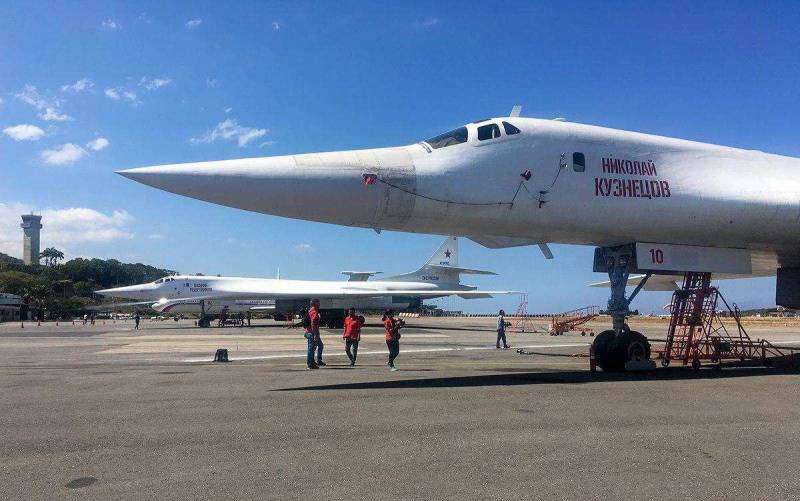 The process of the steady expansion of NATO to the east, which has come close to the Russian borders, and the continuous military exercises near them by the Americans and their allies, are forcing Moscow to take retaliatory measures. Just sitting on the defensive is futile, so the most rational answer would be to locate our military bases near the United States itself. But where? And who will agree to take over the facilities of the RF Ministry of Defense without fear of the wrath of Washington?

The first country that automatically comes to mind is Cuba. Under the USSR, Moscow and Havana were such great friends that Freedom Island allowed them to host Soviet medium-range nuclear missiles. When the Americans found out about this, the infamous Cuban Missile Crisis almost ended in World War III. Nevertheless, in Cuba, until 2001, we retained a radio-electronic center in Lourdes, which provided the RF Ministry of Defense with valuable intelligence data. The decision to close it was made by President Putin at a time of warming in Russian-American relations. Then we left the Vietnamese Cam Ranh.

Is Havana ready to re-host our military facilities? Is not a fact. Under President Obama, the United States and Cuba began a noticeable "thaw", however, interrupted under Trump. But after leaving the power of the "old guard" in the person of the Castro brothers, it is hardly worth expecting that the Island of Liberty will want a sharp aggravation of relations with the United States. Probably, Russia could have achieved the placement of infrastructure facilities of the Ministry of Defense of the Russian Federation as payment for the 30-billion-dollar debt of the Soviet period, but in 2014 for some reason we voluntarily wrote it off to Havana. Now, apart from words of persuasion, there are no special arguments left. So let's forget about the Island of Freedom for now, which we seem to have lost as a site for a military base.

Venezuela looks like a slightly more realistic option. The regime of President Nicholas Maduro is in tough "contradiction" with the United States, and his predecessor, Hugo Chavez, even offered Russia to place a military base on one of his islands. Several years ago, our strategic bombers Tu-160 and Tu-95 flew in to this Latin American country, entering the Caribbean. At first glance, it all looks pretty tempting.

About 100 nautical miles from Caracas, there is an islet with an area of ​​about 40 square kilometers called La Orchila (La Orchila or Orchila), which President Chavez once mentioned. It already has a fairly developed infrastructure of naval aviation of the Venezuelan Navy, an airfield and a radar station. Fighters, anti-submarine aircraft and helicopters are based there. The length of the runway, which was previously 3000 meters, has been lengthened, lengthened and widened, which has led military experts to different thoughts. 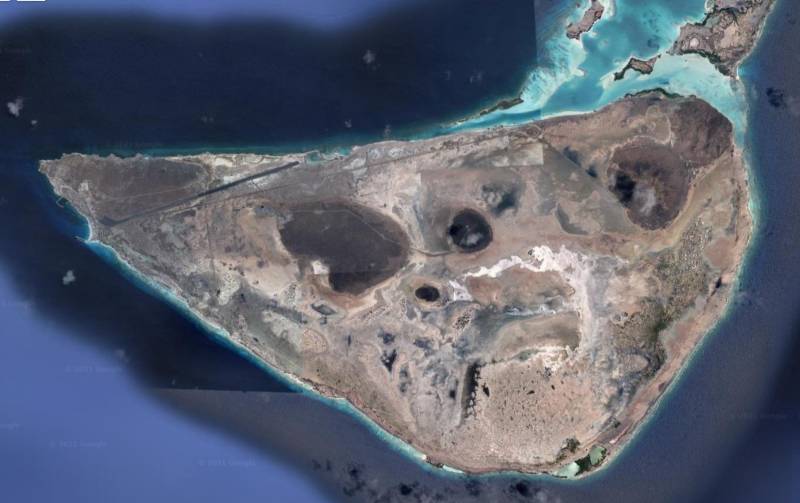 It would seem that this is the optimal solution. It is enough to place Tu-22M3M missile carriers there, as well as Su-30SM fighters together with Su-34 bombers on a permanent basis. "White Swans" and "Bears" of Long-Range Aviation could use the runway as a jump airfield. To place on the island tanker aircraft, own anti-submarine aircraft and helicopters of the Naval Aviation of the Russian Navy. To protect this entire economy from air attacks with several S-300VM divisions, place the Sunflower surface wave ZGRLS, and put the Bal and Bastion missile systems on the shore. You can't legally deploy nuclear weapons in Venezuela, but who knows what the Tu-160 will have with them if they land on Orchila Island during some aggravation of relations with the United States and NATO. Tempting?

Yes, that sounds good. Russian Maritime and Long-Range Aviation could theoretically patrol the Caribbean, targeting US Daggers and their military infrastructure in the region. Anti-submarine aircraft and helicopters would be able to track US Navy nuclear submarines off our coast, right next to their Heartland. However, things are not as simple as we would like.

At firstIf you are serious about settling on Orchil, such a base will require huge financial investments. We will have to rebuild the existing infrastructure, build hangars, fuel storage and ammunition storage depots, which are adapted to the hot, humid Venezuelan climate.

SecondlyIf we place at least 12-16 Tu-22M3 missile carriers there, they will need 3 times more escort fighters, moreover, the most modern ones. To cover all this, as well as the strategically important Sunflower, from the air, an echeloned air defense system will be needed: S-400, S-300, Buki, Torah, Pantsiri. This means the need to accommodate several thousand military personnel, to build a separate town for them. If it is assumed that nuclear weapons may be there even temporarily, everything becomes even more serious and expensive.

Thirdly, for the supply and protection of such a grouping, a navy is needed, and with large surface ships capable of rotating service in the Caribbean Sea, we now have a shortage. Note that the Russian base on Orchila Island will immediately become the subject of increased attention of the Pentagon, which will use 1-2 AUG of the US Navy with its "unnecessary" aircraft carriers to stop its offensive potential.

Oh yes, the most important thing should be mentioned here. According to the Constitution of Venezuela, the deployment of foreign military bases on its territory is prohibited. Everything, have you dreamed and that's enough?

Seriously though, such a facility of the Russian Defense Ministry would be very appropriate in the Caribbean as a symmetrical response to NATO's approach to our borders. But, as we can see, it requires a readiness for serious investments and the conduct of certain hostilities in a very distant theater of operations. We need a modern navy. We need a developed anti-submarine aviation. It is necessary to be able to allocate several thousand highly qualified specialists to serve in another part of the world and supply them without interruption. As for the constitutional ban on the deployment of a foreign military base in Venezuela, it is not a fact that this provision will always remain unchanged.

For example, for the transitional period it would be quite enough to open a joint training center of the Russian Aerospace Forces and the Venezuelan Air Force, as we have done with Belarus. Russian planes and pilots will be able to stay in Orchil on a permanent basis, in fact, patrolling the airspace over the Caribbean Sea and searching for American nuclear submarines, without violating anything. The presence of our military in Venezuela could provide additional insurance for President Nicolas Maduro. As we already have established, Russia is not yet in a position to carry out a large-scale military operation to save his regime in the event of a coup d'etat. Therefore, it is worthwhile to ensure the presence of the RF Ministry of Defense in this Latin American country in advance.
Reporterin Yandex News
Reporterin Yandex Zen
29 comments
Information
Dear reader, to leave comments on the publication, you must sign in.