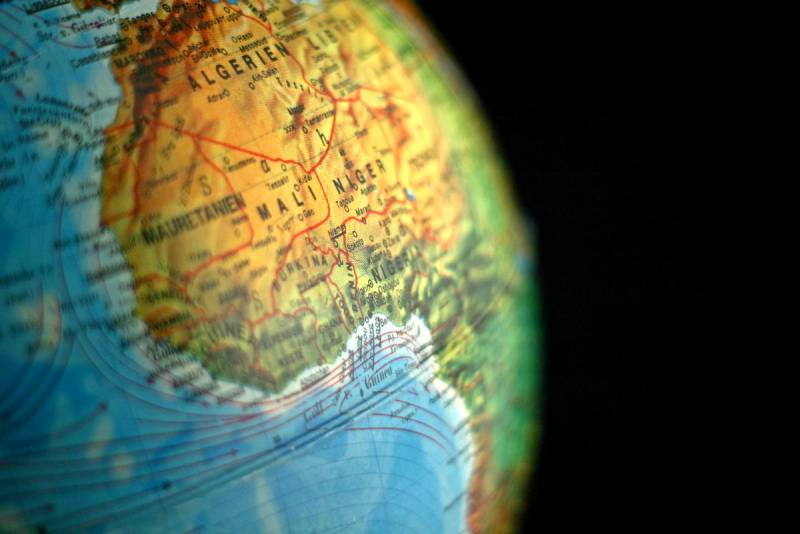 A new "Great Redistribution" has begun in Africa. First, there was a military coup in Sudan. Now, due to internal strife, the central government in Ethiopia has reeled. All these events clearly show the influence of the United States, as well as of a number of regional players who are interested in weakening the positions of China and Russia on the "black continent." The threat is clear, but how should Beijing and Moscow react? Solve their problems separately or, on the contrary, coordinate efforts?


Today the largest investor in African the economy is precisely China. The Celestial Empire needs a constant flow of natural resources. In addition, Beijing is clearly counting on the "colonization" of an entire continent, creating an additional market for its goods there. The Chinese are building industrial parks, railways, airports, seaports, industrial enterprises. Also in recent goals, a number of large Russian oligarchs and companies, mainly with state participation, have shown interest in Africa. Such expansion could not fail to meet with a negative response from Western countries, which traditionally consider this region "their own plot". And so it began.

As you know, the RF Ministry of Defense expected to receive its own naval base in Port Sudan, or rather, a material and technical service point. At first, the country's authorities went to meet Moscow halfway on very favorable terms, but after an explicit intervention from Washington, they began to "change their shoes." The question of the future of the PMTO is suspended in the air. But the military coup that followed in Khartoum turned it into an extremely unlikely event.

I remember reasoning we mentioned Djibouti about alternative places on the coast of the Red Sea, where the warships of the Russian Navy could be found. This extremely poor African country has made it its "trick" to provide territory for the deployment of military bases to everyone. In addition to the western ones, now the largest Chinese foreign naval base is located there simultaneously with them. Why shouldn't the RF Ministry of Defense turn its attention to Djibouti? We will come back to this issue later.

Fast forward to the neighboring country, Ethiopia, where very important events are now taking place. The government army suffers one defeat after another at the hands of an alliance of opposition groups that have rallied around a region called Tygrai. This conglomerate, apparently enjoying tacit support from the West, called itself the United Front of Ethiopian Federalist and Confederalist Forces (UFEFCF). already halfway to Addis Ababa.

Who needs all this?

At firstThe military coup is beneficial to the United States, which wants to deprive Beijing of its positions in Ethiopia. It is the second most populous country in Africa. The backbone of its economy is agriculture, primarily the cultivation and export of coffee. But, of course, not for the sake of roasted beans, Washington decided to cross the road to Beijing. Ethiopia's main advantage is its geographical position in the east of the continent, which opens the way to Central, South, North and West Africa. There is also one big drawback - after the war with Eritrea, Addis Ababa lost its direct access to the sea coast on the Red Sea. However, China has managed to solve this problem by building a modern electrified railroad from Ethiopia to Djibouti. This is how Djibouti reappears in our history, which, in fact, is turning into a trading gateway for the Celestial Empire on the “black continent”.

But back to Ethiopia. The PRC has already built three industrial parks in this country: Hawassa Industrial Park, Dire Dawa Industrial Park, and Mekelle Industrial Park. In total, Beijing plans to open 15 such production sites, which could turn Ethiopia into the largest assembly site for Chinese products in Africa. In addition, thanks to investments from the PRC, the Addis Ababa Bola International Airport was expanded from 6 million passengers per year to 22 million passengers, the Genale Dawa III hydroelectric power plant with a capacity of 254 MW was launched, as well as a plant for processing 1800 tons of waste per day. built in the center of the Ethiopian capital on the site of a 30-meter mountain of garbage, producing 185 million kilowatt-hours of electricity per year. In addition, the state-of-the-art Addis Ababa Silk Road General Hospital opened in Addis Ababa, and Ethiopia became the first African country to have its own multispectral remote sensing microsatellite, provided by the Chinese for agriculture and climate change monitoring.

Beijing intended to gradually improve the general welfare of the Ethiopians in order to eventually obtain an "anchor" sales market in Africa, making this country a "showcase" of the achievements of the Chinese national economy.

Secondly, his neighbors from Egypt and Sudan are directly interested in the military coup in Ethiopia. Addis Ababa's flagship economic project is the giant Hydase (Revival) hydropower plant. Cairo and Khartoum are rightly afraid that the start of full operation of this dam will leave the Nile without the volume of water they need, which will lead to hunger and socio-economic problems. Control over "Hidese" means indirect control over the entire region. It is not surprising that neighbors, who do not want to fight directly with Ethiopia, support the armed opposition.

What do we have in the bottom line? Both Beijing and now Moscow have their own interests in Africa. The "Western partners" with the hands of local security officials and "rebels" began to demolish the regimes loyal to the PRC and the Russian Federation in order to expel the Chinese and Russians from the "black continent". You can leave, but you can try to stay. On the part of Russia, it is probably worth exploring the possibility of providing assistance to Addis Ababa in coordination with China and consolidating the RF Ministry of Defense in Djibouti. In what concrete form this can happen is a debatable question, and the answer will depend on the position of the leaderships of both African countries. Another option is simply not to interfere with anything, seeing how China will defend its investments on its own.
Reporterin Yandex News
Reporterin Yandex Zen
14 comments
Information
Dear reader, to leave comments on the publication, you must sign in.