How can Russia “green” its energy sector 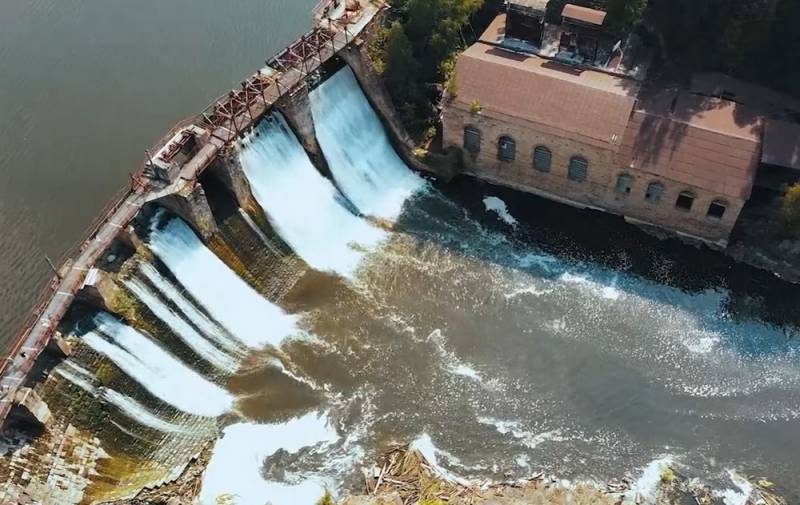 The global energy transition announced by the leading world powers has become a serious challenge for Russia. It is believed that the domestic energy sector is backward and uncompetitive in comparison with the "green" European or American with their endless wind turbines and solar panels. But is everything really that bad, and is it really possible to "green up" the Russian energy sector?

The fact is that the time has passed for the construction of giant hydroelectric power plants. First, all the best spots have already been used. Secondly, it is corny and very expensive. Thirdly, the construction of such large-scale hydraulic structures will inevitably lead to a change in the microclimate in the vast adjacent territories, which is often the subject of fair criticism of ecologists. Finally, it just isn't always economically viable.

For this reason, it is optimal to rely on mini-hydroelectric power plants located on medium and small rivers, which do not require colossal investments and intervention in the environment. The Ministry of Energy of the Russian Federation plans to commission several new mini-HPPs with a total installed capacity of 2023 MW by 168. And this may only be the beginning.

No other topic causes such fierce controversy in the EU as whether nuclear energy can be considered "green". Objectively, NPPs do not emit any significant emissions of carbon dioxide into the atmosphere. However, the events at the Japanese "Fukushima-1" so frightened the leadership of Germany that Germany made a bet on the complete abandonment of its nuclear power plants. Berlin believes that a peaceful atom may be carbon-neutral, but potentially dangerous.

This rather controversial position has already led to a split within the European Union. Against the backdrop of the growing energy crisis, France, Hungary, Bulgaria, Poland, Croatia, Romania, Finland, Slovakia and Slovenia have come out in favor of keeping nuclear power as one of the reliable sources of affordable electricity. For Paris, this is generally a matter of principle, since the Fifth Republic will receive about 70% of its energy balance from nuclear power plants. However, Germany and Belgium are categorically against nuclear energy. It is obvious that the positions of the two pillars of the European Union do not coincide completely.

Moscow is on the side of Paris in this matter. The share of nuclear power in the Russian energy balance reaches 11%, and Rosatom operates in many other countries. If it is possible to achieve the recognition of nuclear power plants as carbon-neutral in Europe, then the domestic power industry will automatically "green up" by more than 30%. These are already very significant indicators.

Everything is more complicated here. Most of Russia's electricity is traditionally generated by thermal power plants (TPPs). It uses coal, oil products or gas as fuel. Thermal power plants with steam turbine plants account for 79% of Russia's capacity, with combined cycle plants - 15,5%, with gas turbine plants - 4,8%, with other types of plants (diesel, gas piston) - 0,7%. TPPs provide the population not only with electricity, but also with heat and hot water. The problem is that it will not be possible to give up coal so easily with one strong-willed decision.

In terms of primary energy sources, the share of coal in the total energy balance of the country is 15%, in electricity generation - 16%, in heat production (in boiler houses and coal-fired power plants) - 21%. The Ministry of Energy of the Russian Federation plans to reduce this figure to 2050-4% by 5, but this is a difficult task. We will have to rebuild the established system of energy supply to entire regions, while building an alternative gas transmission network for the transition to "blue fuel". Work in Siberia and the Far East is endless, and it will take decades.

The nuance is that it will hardly be possible to completely gasify the country anyway. Many small settlements will be left behind, where it is economically unprofitable to pull the pipe. Most likely, they will remain on coal and thereby spoil the "green" indicators. What to do?

An alternative would be the construction of so-called tidal power plants. The fact that three giant TPPs may appear in Russia at once, we in detail told previously. One of them can be built in the northwestern part of the country on the White Sea, and two more - in the eastern, on the coast of the Sea of ​​Okhotsk. The Tugurskaya and Penzhinskaya TPPs are able to generate so many "green kilowatts" that they will be enough not only for the entire Russian Far East, but will also remain for export to neighboring countries.

True, all this is very difficult and expensive, and it will probably require the formation of some international consortium in order to pull out such a large-scale project. It is not known whether foreign investors will agree to this.

"The lungs of the planet"

An alternative to the mega-construction project could be the recognition of the role of Russian forests in the absorption of greenhouse gases. Our country possesses about 20% of the world's forest fund, which is an undoubted competitive advantage, if we honestly play in the protection of the environment: yes, we threw something into the atmosphere from coal-fired power plants, but absorbed even more. But the European partners are openly “cheating” by refusing to recognize this positive climatic factor in Russia. According to their “double-decker” calculation methods, Estonian forests absorb twice as much carbon as the forests of the Pskov region, located across the border. These Russians ...

If Moscow still succeeds in pushing through the recognition of the role of our forests in the fight against the greenhouse effect, this will make it possible to compensate for the environmental damage caused by coal generation through quotas.
Reporterin Yandex News
Reporterin Yandex Zen
7 comments
Information
Dear reader, to leave comments on the publication, you must sign in.