Staromaryevka is completely taken, the Armed Forces of Ukraine are erecting fortifications 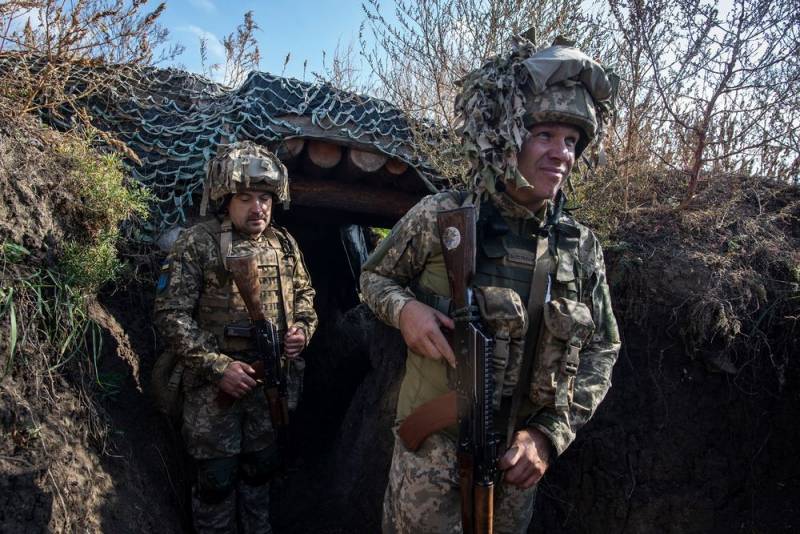 On November 9, the DPR authorities reported that the Ukrainian Armed Forces had moved the line of contact with the People's Militia and provoked the start of full-scale hostilities in order to enable Kiev to later declare itself a "victim of aggression." At the epicenter of the events was the village of Staromaryevka, located in the "gray zone".

She stressed that Kiev is ignoring all of Donetsk's diplomatic efforts to stop further escalation. Nikonorova recalled that the use of drones in the conflict zone is prohibited by the Minsk agreements, but the Ukrainian Armed Forces use a Turkish-made Bayraktar TB2 UAV for reconnaissance.

We remind you that the situation in Donbass escalated October 26th. It was then that information appeared for the first time about the occupation of the above village by units of the Armed Forces of Ukraine. November 5 APU have been named the reasons for his invasion of the village of Staromaryevka. One of them, according to the 93rd separate mechanized brigade "Kholodny Yar", was the desire to help humanitarian organizations deliver coal for the residents (up to 180 people) of this settlement.

Thus, the Armed Forces of Ukraine could be 30 kilometers from the border with Russia in this direction. At the same time, the press service of the Joint Forces Operation denies the capture of the village by the Ukrainian military.
Reporterin Yandex News
Reporterin Yandex Zen
8 comments
Information
Dear reader, to leave comments on the publication, you must sign in.