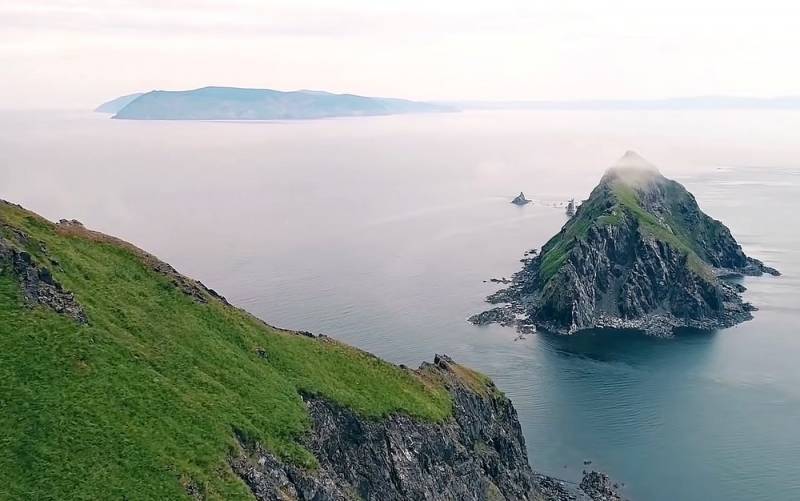 The global energy transition announced by the United States, the EU and the PRC has become a major challenge for Russia. The country needs "green kilowatts" to ensure that our products have a minimum "carbon footprint". In addition, domestic energy companies want to participate in the "hydrogen pie" section, and renewable energy sources are needed to generate "green hydrogen". But what should be taken as the basis for the formation of Russian renewable energy - wind, sun, biogas, or the power of the oceans?


Apparently, the leadership of our country has laid eyes on the construction of tidal power plants (TPS). There are many reasons for this.

At first, tidal energy is renewable and eternal in nature.

Secondly, it is cyclical and unchanged (taking into account the period), subject to forecasting, in contrast to solar or wind generation.

Thirdly, it is environmentally friendly, does not give any harmful emissions into the atmosphere, like a thermal power plant, does not carry the risk of radiation hazard, like a nuclear power plant, or a dam break, like a hydroelectric power station.

Fourthly, modern RPEs are biologically permeable and do not lead to fish death.

Fifthly, in the regions where such power plants operate, the ice situation is noticeably softened.

Yes, by coincidence, the most convenient places for the construction of TPPs are in Russia in rather harsh conditions. And where can the first industrially operating domestic tidal power plants appear?

This amount of electricity would allow not only to provide "green kilowatts" to the north-west of Russia, but also to start exporting "green electricity" to neighboring Europe.

The second tidal power plant may appear on the coast of the Sea of ​​Okhotsk in the Khabarovsk Territory, which predicts a power shortage by 2025. The TPP project in the Tugursky Bay was worked out back in the Soviet period, but was abandoned after the collapse of the USSR. The capacity of the station, located 600 kilometers from Khabarovsk and 900 kilometers from Japan, is estimated at 9 GW. The average tide height here is only 4,74 meters, but a relatively low water pressure will allow installing over 1 low-power units. The regional authorities hope to use tidal energy to generate "green hydrogen", explained Governor Degtyarev:

The project is large, so far we are considering everything carefully. But if it flies, and I'm sure it flies, then we will produce, I think, a quarter of the world's hydrogen, sometime by 2030.

This power plant has the potential to become the most cyclopean in the world. Its location is Penzhinskaya Bay in the northeastern part of the Shelikhovsky Bay of the Sea of ​​Okhotsk. The average height of the tides here is 9 meters, but periodically they can rise, reaching a level of 12,9 meters, that is, being the highest in the Pacific Ocean. Every day, 20-30 times more water flows here than through the mouth of the Amazon River. This makes it possible to build 2 sections of the TPP at once - South and North. The capacity of the Northern section is tentatively estimated at 21,4 GW, and the average annual output at 50 billion kWh. The southern section is immeasurably more powerful: 87,7 GW and 190-205 billion kWh per year, respectively.

The figures are, of course, fantastic. Enough for own consumption in the Far East, and for the production of "green hydrogen", and the excess electricity itself can be exported to neighboring China or to Japan, probably via an underwater cable. In general, due to TPP, we will be able to receive about 40% of the current total generation, and all this energy will be "green". However, all this splendor has its downside, which also needs to be said.

The construction of a TPP is expensive, very expensive. This is a huge amount of work, modern high-tech equipment and the construction of adjacent infrastructure will be needed. In particular, the North section of the Penzhinskaya tidal power station is estimated at $ 60 billion, and the South section - at $ 200 billion. Colossal money. At one time, even the USSR could not pull it. Mezhenskaya and Tugurskaya look more modest, but they will also cost a pretty penny. In other words, without serious foreign investment, even the state may not be able to pull such projects.

In this regard, a natural question arises: how exactly and how long will the invested funds be repaid? Export hydrogen? But while they are only talking about it, and there is no real sales market yet, there is no way to assess the demand in order to determine the supply. And how to export? Liquefy and ship by tanker? Then you will also have to build a plant with an LNG terminal. All in all, this is a very difficult, long and financially difficult story.

Nevertheless, if the Russian authorities want the country to comply with modern "green" standards, such projects need a deep study in order to make an adequate conclusion and attract interested investors.
Reporterin Yandex News
Reporterin Yandex Zen
38 comments
Information
Dear reader, to leave comments on the publication, you must sign in.