The West declares a new information war on Russia and China 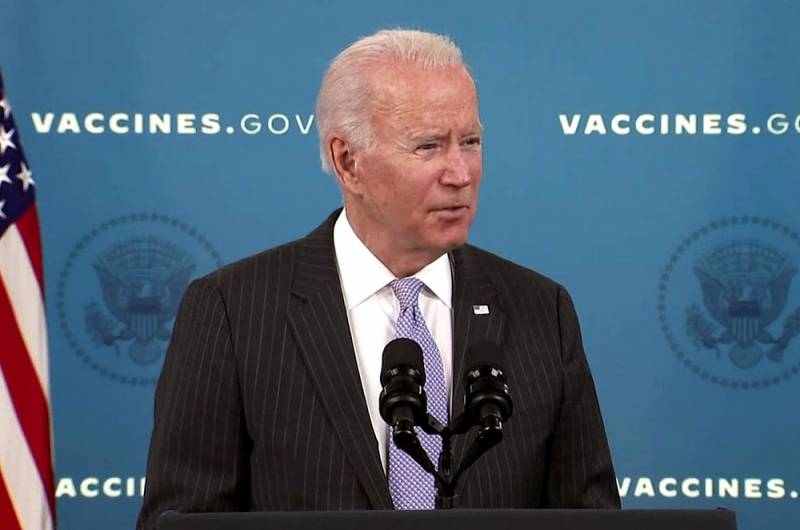 This week's climate summit in Glasgow was rich in events and statements. So much so that one article it will not be enough to analyze its results. Indeed, in addition to the goal that the leaders of the countries of the collective West voiced to the world: in fact, to try to force Russia and China to pay for their own "green revolution", there are also means of achieving it and the corresponding geopolitical consequences.


It would be naive to assume that Moscow and Beijing will readily agree to the terms of Washington and Brussels and submit to their assigned role. However, it was even more naive to think that the hardened Western politicians did not take this aspect into account in their geopolitical calculations. This means that the world is waiting for a new wave of escalation of international tension. This time along the climatic line.

The climate agenda has every chance of becoming the main leitmotif of the world policy in the coming decades. The leaders of the countries of the collective West are trying to "straddle" this topic too actively. In recent years, all of them (with the possible exception of Donald Trump) in one way or another have tried to demonstrate to the world their enormous desire to fight global warming with all their might. But only in words. In fact, since the entry into force of the Paris Agreement, virtually no new efforts have been made by Western countries to prevent climate change. Too costly and too dangerous - history teaches us that economy doesn't like it when politicians who don't know much about it play with it. Nevertheless, there is still one effect from recent years devoted to massive environmental propaganda pouring from the lips of the overwhelming majority of Western politicians. The collective West in a peculiar way “staked out” the climate agenda in the minds of its citizens, almost monopolizing the right to talk about environmental problems, and strenuously pretending that its point of view on the issue is the only correct one and there are no other opinions on environmental issues and there will not be maybe.

To assess the effect that environmental propaganda has had on the population of Western countries, it is enough to know that a new term has appeared in English relatively recently - "flight shaming", which began to denote the negative reaction of society towards a person using air transport instead of travel by train or car with a lower carbon footprint per passenger. The Swedish environmental movement of the same name was born in 2017 and since then its ideas have been actively disseminated both in European countries and in the USA. A number of people in the West are indeed beginning to refuse to fly, and some public companies are already afraid that the publicized short-distance flight of their employees could negatively affect their image. The influence of politicians and the media on society turned out to be so strong.

At the same time, is it worth saying that most of the guests of the climate summit in Glasgow arrived there by private planes, not at all caring about the very carbon footprint, the need to reduce which they themselves will then broadcast from a high rostrum? However, the double standards of Western politicians are by no means news... And the way they treat their voters is an internal affair of their countries, which concerns exclusively their citizens. And as for everyone, it is their desire to once again solve internal problems at the expense of foreign policy. After all, accusations against Moscow and Beijing were rained down at the summit for a reason. It is obvious that it is Russia and China that should also become the targets of a discrediting campaign on the part of Western politicians. The ground for this has already been prepared in the minds of their populations. Say, look, the civilized West has adopted all the necessary bills, did everything possible to avoid climate change, so to understand who exactly is responsible for global warming, just look to the East.

A new round of information war

Actually, this is exactly the tone that Joe Biden's statements about Beijing and Moscow wear. Today we are at the dawn of a new round of information war, the subject of which will not be military bases and strategic missiles, but climate issues. After all, the anger of millions of voters with an active civic position, nourished by Western climate campaigning, needs to be redirected somewhere. Find all kinds of (especially radical) environmental protection organizations and movements of a new enemy, on whose actions it will be possible to blame both for natural disasters and for their own miscalculations in eliminating them.

The logical chain should be simple and clear: if there is a flood or hurricane somewhere, it is due to global warming. And it is clear which countries are to blame for the aggravation of the situation with global warming. And if it is not clear, then the next representative of Washington will specially point his finger at them, so that even the most hard-to-understand ones will get it. As a result, the image of the enemy, which Western propaganda against Moscow has been creating for decades and pulled out from under the cloth seven years ago, will now receive a new dimension. It turns out that Russia is not just pursuing an "aggressive policy", it also harms the entire planet! And this very planet must be saved in the best traditions of Hollywood blockbusters. And this should be done by the main knight in shining armor, the beacon of democracy and justice of the whole Earth - the USA. And the large army of satellites and the European Union will help them in this, the representatives of which, using the example of the energy crisis, quickly understood how it is convenient to shift the responsibility for their own mistakes onto others' shoulders.

That is why the statements of the leaders of the EU and the United States at the climate summit overlapped so strongly. After all, their interests in the issue of public environmental policy now completely coincide. First, to begin the process of making Russia and China guilty of global warming, in effect, by declaring a new information war, which will include all the dirty methods of struggle that are so beloved by the West, from an accusatory campaign through the media and ending with the declaration of an "Evil Empire" with high political tribunes. Secondly, through the introduction of duties and other formally protectionist norms, to ensure the flow of financial resources for the implementation of their truly Napoleonic plans in the energy sector. And if it does not work out (for example, Russian and Chinese importers will start producing products that meet all the new standards and do not want to pay tax), then it will always be possible to introduce new, now climatic sanctions.
Reporterin Yandex News
Reporterin Yandex Zen
3 comments
Information
Dear reader, to leave comments on the publication, you must sign in.