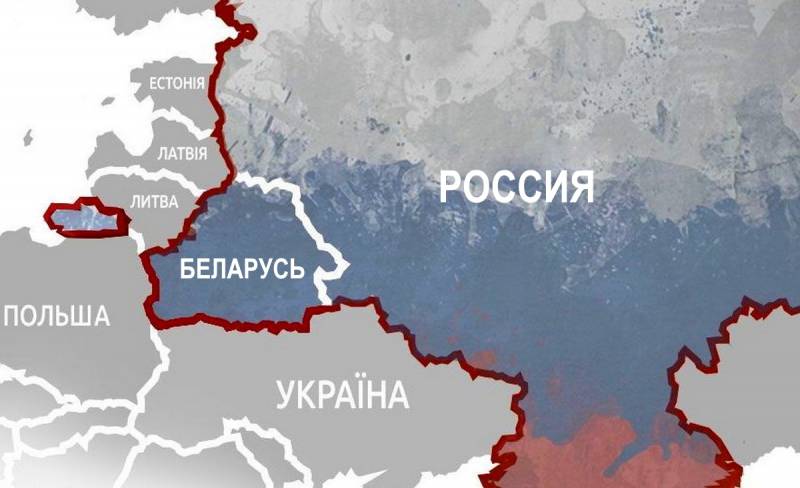 On the eve of November 4, on the Day of National Unity, Presidents Alexander Lukashenko and Vladimir Putin signed a Decree defining the ways for the further development of the Union State of Russia and Belarus. Both the symbolic date and the "old-regime" name of the document - everything should indicate that the unification of the two closest Slavic states has finally got off the ground.


Recall that the very agreement on the formation of the Union State was signed back in 1999. Since then, a lot of water has flowed under the bridge, but this form of supranational unification remained only on paper. But the status of the closest ally, and even located on the western frontier, gave Minsk a number of undoubted advantages, which President Lukashenko skillfully used, knocking out endless discounts and preferences for Belarus.

The events of 2014 can be considered a turning point, when after the Maidan Crimea became part of the Russian Federation, and the DPR and LPR split off from Ukraine, but got stuck halfway. Then Moscow's relations with its neighbors changed markedly: many of the former Soviet republics began to seriously fear a repetition of the "Crimean scenario" somewhere on their territory. At the same time, the Kremlin's relations with the West have deteriorated sharply, and the issue of "power transit" has become the most significant and painful for the domestic "elites". Against this background, changes in the Moscow-Minsk pair became obvious.

"Old Man" defiantly did not recognize the reunification of Crimea with Russia, and also spoke negatively about what is happening in the Donbass, offering his capital as a platform for the return of the DPR and LPR to Kiev through the negotiation process. The Kremlin, however, has looked at its Belarusian partner with a new look, since the Union State has become one of the possible forms of the so-called “transit of power”. Unexpectedly for President Lukashenko, tough pressure on the oil issue began to be put on Belarus. In response, Minsk started talking about the transition to the purchase of raw materials from the United States and other countries. The relationship was constantly heating up, and their culmination can be considered the scandalous case of the detention of 33 "Wagnerites". It is not known how far the rift between the two closest allies would have gone, but the unexpected happened.

In the summer of 2020, elections were held in Belarus, in which President Lukashenko, as usual, won with a crushing score. However, this time the calm, hardworking Belarusians for some reason refused to recognize their results as honest, and began to take to the streets en masse. The West tried to extract maximum benefit by supporting "President Sveta" Tikhanovskaya and refusing to recognize the legality of Alexander Grigorievich's victory. It seemed a little more, and the Lukashenka regime, which was forced to take up the machine gun, would collapse, and Belarus would become as successful a European state as neighboring Ukraine. There is not the slightest doubt that the "Old Man" survived only because the Kremlin expressed its support very clearly and unequivocally, promising to send "vacationers" and "veterans". Having received a signal from Moscow, the official Minsk gave the go-ahead for the violent dispersal of mass demonstrations. It turned out ugly, but effective. By the way, this is how it could have been in Ukraine in 2014, show the Kremlin more political will. Well, apparently the lesson was learned.

This was the turning point. From now on, President Lukashenko has become a "pariah" for the West who can no longer afford to maneuver between Russia, the United States and the European Union. If they wait for Belarus there, then without "Batka", and for Alexander Grigorievich himself, the Western partners have accumulated too many questions so that he could frighten Moscow with hints about possible "European integration".

At first, Moscow and Minsk signed a Decree on 28 integration programs of Russia and Belarus. Among them, the convergence and harmonization of macroeconomic policy, monetary policy, currency regulation and control, payment systems, tax and customs law, transport control and transport market, the formation of a single market for gas, oil and oil products, cooperation in the field of nuclear energy, tourism, communications and informatization, as well as much more.

Secondly, it was decided to create a united media holding, obviously, to promote a single propaganda and information policy for the Russian Federation and the Republic of Belarus.

Thirdly, Moscow and Minsk have agreed that a cosmonaut from Belarus will be sent to the ISS.

Fourthly, within the framework of the Union State, the Military Doctrine was updated, obviously, taking into account the new challenges from the NATO bloc.

FifthlyMost notably, Minsk is de facto ready to recognize Crimea as Russian. As you know, everyone who considers the Ukrainian peninsula must obtain a visa from Kiev to visit it. So, for example, in 2018, the famous TV presenter Ksenia Sobchak defiantly did. Arriving in Crimea through Russia means recognizing the sovereignty of our country over it. In this regard, the latest public statements by President Lukashenko are noteworthy:

Ukraine has closed the sky for Belarus, and we cannot get through Ukraine to Crimea. Vladimir Vladimirovich promised me everything, promised that he would take me with him to Crimea, show me new items, what was new there. And a lot has been done. And today one left and did not invite me with him. Well, if not to Crimea, can we go to St. Petersburg?
Maybe to St. Petersburg, and maybe to Sevastopol. As you can see, in this scheme, there is no application for a visa to Kiev, which will mean the actual recognition of Crimea as Russian. After such a visit, there will be only one formal step until the official recognition by Belarus.
Reporterin Yandex News
Reporterin Yandex Zen
17 comments
Information
Dear reader, to leave comments on the publication, you must sign in.