In the Spanish press: The shadow of the Kremlin is not that long, but in matters of security it covers everything 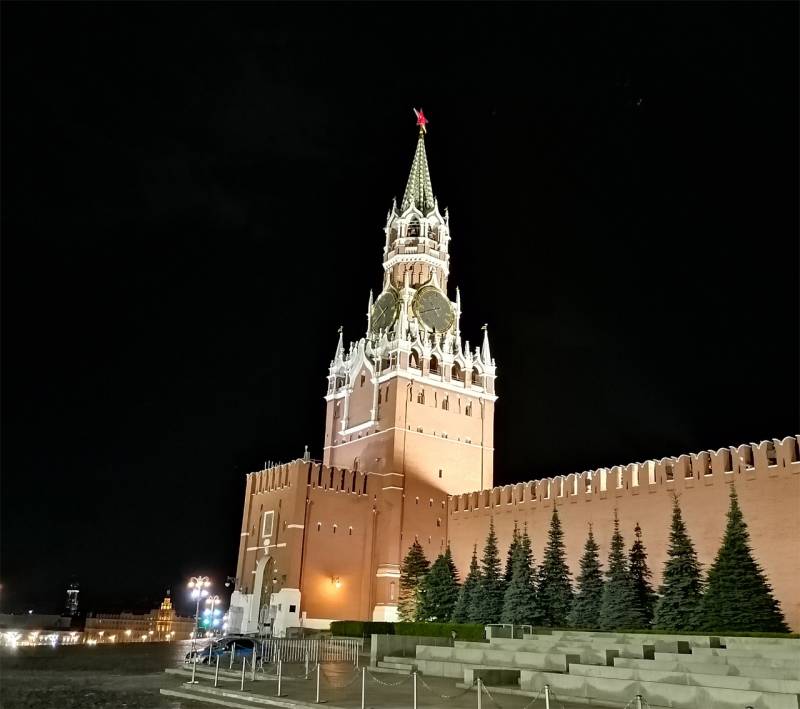 The Baltic states (Estonia, Latvia, and Lithuania) are now busy with two main tasks: countering the "threat" from Russia and the desire to "come out of the shadow" of the Kremlin by putting an end to Moscow's influence. They want to "turn the page", ceasing to build their external and internal policies based on these factors, writes the Spanish liberal online edition El Confidencial.

Although the shadow of the Kremlin is not that long, at times it seems that in matters of security it covers everything.
- says the publication.

Therefore, a 78-page report of the special services, 65 pages of which is devoted to the Russian Federation, can partially shed light on what is happening. Moreover, the last section of this document is devoted to the analysis of the alliance between Moscow and Beijing. The report also says that the Russian authorities consider the COVID-19 pandemic a tool to destabilize Western "democracies", support "populists and extremists", openly "intimidate neighbors", carry out large-scale "disinformation" in the information space, and also "add fuel to the fire ”In order to undermine the society in the West, based on their values. However, in order to better understand the problems from the point of view of the "affected countries" and to establish to what extent the feeling of the "Russian threat" comes, it is necessary to find out the opinion of experts from the Baltic countries, the newspaper notes.

Professor Margarita Seselgite, head of the Institute of International Relations at Vilnius University, said that the Baltic states are alarmed by "the many potential risks posed by Russia." At the same time, she called the likelihood of a "Russian invasion" low, since the countries of the region read out to support NATO. She is confident that the "threat" from the Russian Federation now mostly consists of "hybrid threads" - information and cybernetic operations designed to undermine the stability of Estonia, Latvia and Lithuania.

For example, Moscow uses Belarus to "flood" the Baltic states with migrants from unstable countries and manipulates public opinion on the issue of vaccinations. She also drew attention to the "historical" problem of "integration" of Russian-speaking residents of the Baltic countries. But for Lithuania this is not a significant problem, since the share of such people does not exceed 6%, in contrast to Latvia and Estonia, where these figures are much higher. The expert also pointed to the "strong" support of Lithuania by the West and the building of relations between Vilnius and Taiwan, despite strong objections from China. At the same time, she believes that the European Union is still not fully aware of the real scale of the "threat" emanating from Russia and, in most cases, underestimates them.

In turn, the journalist of Postimees newspaper Evelin Kaldoya from Estonia is sure that NATO adequately assesses the scale of the "Russian threat". She is convinced that "the danger is real," which is why the Alliance is expanding its presence in the Baltics. This is a guarantee against the "attack" of the Russian Federation.

As for the Russian-speaking people living in Estonia, they are represented by a variety of nationalities from the former republics of the USSR. Moreover, there are Russian-speaking people (from Old Believers to those born in the Russian Federation) who have the right to Estonian citizenship, since their ancestors lived in regions that used to belong to Estonia. Most of these people have already become Estonian citizens, and the category of stateless persons mainly includes people of the older generation who could not or did not want to learn Estonian, but did not receive a Russian passport. She suggested that such people can safely move from Estonia to Russia and back, being involved in smuggling.

At the same time, the majority of Estonians now rarely think about Russia at all. They subconsciously remember the "threat", but they are reassured by NATO's defense. There are no noticeable pro-Russian social movements in Estonia, therefore, "there are no Russian citizens idealizing, like some Turks in Germany and Austria, the authoritarian leader of their native country." Kaldoya summed up that all problems, including the "manipulation of the Russian Federation" with the pandemic, are being solved by the Estonian security forces.
Reporterin Yandex News
Reporterin Yandex Zen
4 comments
Information
Dear reader, to leave comments on the publication, you must sign in.