Belarus may switch to Russian and Chinese airliners 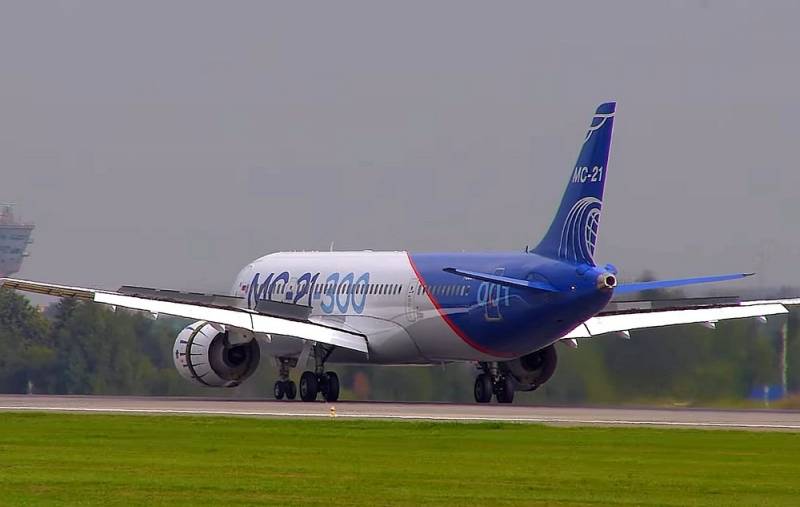 As you know, after the incident with the forced removal from the flight of the Belarusian opposition leader Roman Protasevich with his companion, Minsk found itself under a tight cap of Western sanctions. The air transportation industry suffers especially, since the EU recommended that its companies fly around Belarus, and banned Belarusian aircraft from using the European airspace and airports. Monthly losses of civil air transportation are estimated at $ 10 million, which is very significant for a small republic. In response, Minsk threatened to abandon the use of Western-made aircraft and switch to Russian and Chinese ones. What can come of this in practice?


The representative of the Ministry of Transport of Belarus with a very "aviation" surname Andrei Sikorsky recently stated the following:

Well, there will be no American planes, there will be Russian, Russian-Chinese projects that are now being implemented.
The threat is, in fact, serious. Like Russia, Belarus flies on American, European and Brazilian airliners. The aircraft are leased from companies, usually registered in the EU. If desired, Brussels and Washington can stop the supply of their products, as well as its subsequent repair and maintenance, creating huge problems for Minsk. On the other hand, so far the USA and the European Union do not need it themselves. Their aviation industry is in crisis, and therefore it is important for them to preserve each of their sales markets, even as “unreliable” as modern Belarus. For this reason, Sikorsky's hint hits the Americans in a sore spot. Yes, Boeing and Airbus will definitely not go bankrupt from the loss of the Belarusian market, but it is still very unpleasant.

Another question, what exactly can the official Minsk count on as a replacement for the western aviation industry? Mr. Sikorsky mentioned Russian and Chinese aircraft, but everything is not as simple as we would like.

The only joint Russian-Chinese project is the CR929 long-haul liner. The problem is that it will actually start operating only in 2029. That is, if everything goes according to plan, the Americans and the British will not impose sanctions on the supply of General Electric or Rolls-Royce aircraft engines, and Russia will by that time master the assembly line production of its own super-powerful PD-35 engines. Again, there is a question, which CR929 will be ready to buy Belarus - Russian or Chinese?

There is also an option with the modernization of our good old Il-96, which is already produced in Russia in small batches for the needs of the top officials of the state. However, for their commercial use, it will be necessary either to abandon the four-engine scheme in favor of two PD-35s (we are waiting for the engine), or go to the scheme with four more modern PD-14s, which have already been developed for the MS-21 liner.

The situation is somewhat better in the medium-haul segment. Here we have the aforementioned MS-21 on the way. As we have already noted, the aircraft will receive, at the customer's choice, either an American engine or a Russian PD-14. The domestic industry managed to resolve the issue of replacing imported composite materials for the "black wing" with materials of its own production. There are still problems with the localization of electronic equipment, since the development was initially based on international cooperation, but they are gradually being solved. It is expected that mass production of the MS-21 will begin in 2022. The queue for nago is scheduled in advance for years in advance, however, for political reasons, Minsk may well be among the first foreign buyers of this promising Russian liner.

In the short-haul segment, the situation is quite unambiguous. On the one hand, we already have a serially produced Sukhoi SuperJet 100. Russia can start supplying these aircraft to Belarus right now. Moreover, the operation of compact airliners can be even more profitable than driving half-empty large planes along lines under the conditions of coronavirus restrictions. On the other hand, it is not yet clear if the manufacturers were able to solve all the many problems of the Sukhoi SuperJet 100.

At first, the Franco-Russian SaM146 engine installed on this aircraft exhibits a very low resource and often breaks down, which leads to long downtime while waiting for the delivery of spare parts for repair.

Secondly, the talk of the town has become the extremely high share of imported components in this "Russian" aircraft. This has already led to serious problems: the United States banned us from supplying the Sukhoi SuperJet 100 to Iran, since it turned out that it was 20% American. Will it not turn out that Washington will have the right to prohibit Russia from selling "its" aircraft to our friendly Belarus? That would be the number.

Let's say right away that these problems are already being addressed. The Rostec State Corporation has set the goal of creating the most localized version of this short-haul liner called Sukhoi Superjet New. The share of Russian-made components in it will be 97%, and the unusable joint Russian-French power plant will be replaced with a completely domestic PD-8. That is, it will be possible to speak of an almost complete "Russification" of the aircraft. It is expected to receive certification in 2023, and mass production will begin in 2024.

This means that Minsk can count on Sukhoi Superjet New not earlier than in 3 years, and on MS-21 - at best from next year. Alternatively, they can be the Chinese short-haul Advanced Regional Jet (ARJ21 Xiangfeng) or the medium-haul liner C919.
Reporterin Yandex News
Reporterin Yandex Zen
2 comments
Information
Dear reader, to leave comments on the publication, you must sign in.