Freedom of speech in Russia through the eyes of a foreigner 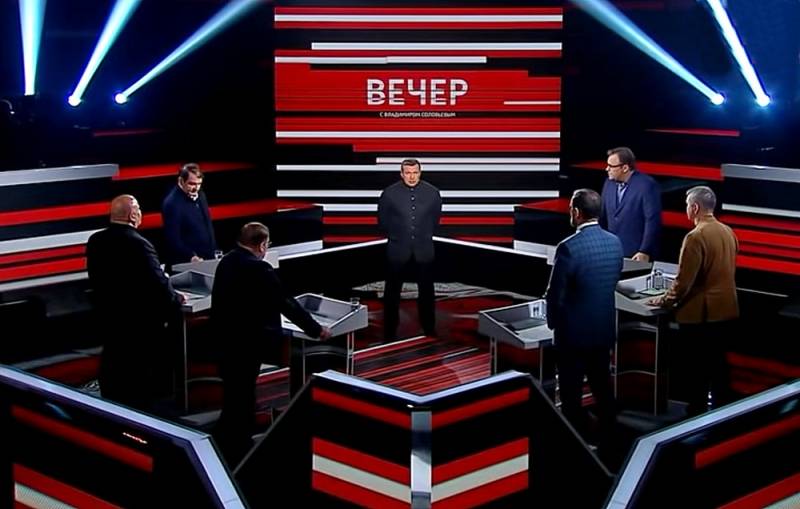 This year, the French magazine Le Monde Diplomatique published a remarkable article about Russia: "Talk shows are the delight of Russians."


To immediately feel the general level of cranberry thinking of the French, suffice it to say that the author of the article, Tronen, is sure that the administration of the President of Russia personally appoints the leading all political TV show on TV.

However, having watched a couple of programs, the Frenchman was pleasantly surprised that "quite often a real polemic flares up in the studio." Before that, it seemed to him that in autocratic Russia only one-sided pro-government propaganda is possible.

If Monsieur Tronin had come and lived in Russia for at least a couple of years, I think he would have been shocked that in terms of the level of democracy and freedom in the Western sense, Russia is far ahead of not only the United States, England, but also his native France. We have all kinds of nonsense on TV and radio, and if you read the Internet, there will be no doubt that freedom of speech in Russia is very radical.

However, Tronen, being, apparently, a relatively conscientious journalist, is forced to note the following.

A TV viewer from abroad would be surprised a lot by the free tone in which the discussions in such programs are sustained, as well as by the words of individual participants, for which they would inevitably be excommunicated from the air in our democratic societies <...> -show: a certain pluralism can be traced in them. Indeed, in the studio, the voices of those who criticize the authorities, including foreigners, are often heard. And how often Russian, Chinese or Iranian experts are given the floor on talk shows in America or Europe?

The Frenchman writes with admiration about the format of our talk shows:

The viewer seems to be present in a large cafe, the visitors of which enter into polemics on ideological issues. That does not negate mutual respect, and even friendly relations between some of them.
At the same time, Tronen shares the opinion of Russian liberals that the Russian people, in their naivety and technical illiteracy draws its ideas about the world from television programs, in which, despite all the polemical fervor, the Kremlin propagandists instill the views of the "Putin clan." That is, he was surprised by our programs in terms of the level of polemics, the polarity of the views of the participants and even the sharp humor, but for some reason he did not ask the question about the reasons and origins of his poor awareness of Russia. Maybe it's not our people that are so naive and stupid, but the Western journalistic community?

Tronen correctly noted that the golden age of political talk shows in Russia began with a sharp and large-scale politicization of our society caused by the Ukrainian Maidan, the subsequent annexation of Crimea and the civil war in Donbass. However, he is unable to understand the objective nature of this politicization, he believes that it has become the product of skillful propaganda. The Frenchman is sure that Russian society is split into two opposing camps - supporters of sovereignty and Westernizers. The former are in the majority, and they support the continuation (attention!) Of "the harsh great-power Putin policy, despite the sacrifices associated with it."

This point is often misunderstood when we talk about the West. The information space in Western countries is controlled by political forces that have created a natural looking glass, a virtual world built on speculation and lies.

When Reagan, appealing to Christianity, called the USSR an empire of evil, he launched a kind of information matrix of medieval thinking: God is with us, and the enemies are Satan's servants. It worked perfectly on the brains of Western inhabitants liquefied by Star Wars, fantasy works and other fairy tales. A black and white world where good fights against evil is an ideological concept that dominates the West.

For a French journalist who decided to immerse himself in the material on his own, it turned out to be surprising even that Western propagandists are allowed on TV in Russia. Because he is as much a victim of this information matrix as American housewives. For a long time there is no USSR, and communism does not threaten either Europe or the United States, but the system of indoctrination of the population of the West has remained the same.

In general, Tronen's publication can be regarded as progressive in terms of undermining Western mythology about Russia. He clearly, but very neatly and even bashfully sympathizes with Russian freedom of speech and Russian talk shows.

In this regard, another question arises: does the established political culture really meet the development of our society and the needs of the people? When a French journalist in the official magazine praises us between the lines, it is alarming. Is it not so that, accepting the Western values ​​of democracy, we are embarking on the same path that leads us along the path to the matrix of the black-and-white world?

In reality, the problems of politicization of society and the growth of political culture have nothing to do with freedom of speech. Freedom of speech in itself gives nothing but noise and din of endless and fruitless disputes. Truth, contrary to popular belief, is not born in controversy.

Freedom of speech can play a progressive role if at least one of the parties exercising this right defends a point of view that is adequate to reality. The Frenchman, on the other hand, does not understand that the relative advantage of Russian political culture over Western ones is dictated not by freedom as such, but by the fact that the most common views of Russian speakers are generally closer to the truth than the censored doctrinaire myths of the Western community. However, this does not negate the urgent need for Russian politics to develop a system of ideas about the world and Russia's place in it that is adequate to reality. And with this we still have tension, despite all the speeches and articles of President Putin, who in recent years has undertaken to reflect on this topic. It is not practice that should generate theory, but theory should guide practice. In the meantime, we move more by touch.

As for the format of specifically political talk shows, a cultured person should be ashamed of such a realization of freedom of speech. Europeans praise our television buzz and envy the intensity of passions, but there is nothing constructive about them. The transformation of politics into a show, and polemics into a fight only corrupts the public. In politics, Russia needs, first of all, smart people who rely in their judgments on the conclusions of science, and not showmen and professional debaters.
Reporterin Yandex News
Reporterin Yandex Zen
7 comments
Information
Dear reader, to leave comments on the publication, you must sign in.