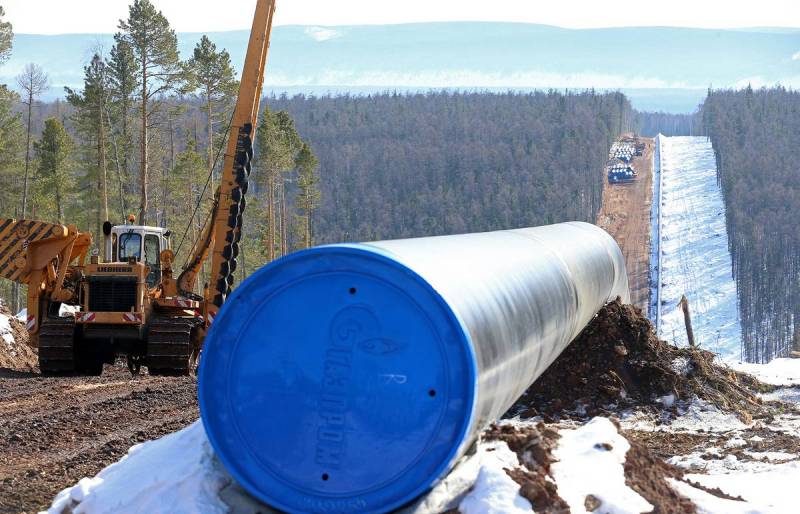 Against the background of the growing energy crisis in Europe, one very important event took place in the eastern direction, which is most directly related to the events in the Old World. Russia, Mongolia and China signed an agreement on the construction of a new Soyuz Vostok pipeline, which should be a continuation of Power of Siberia-2. Why does Gazprom need this project at all, if even the first Power of Siberia raises many questions about its commercial efficiency?


For a correct answer, it should be borne in mind that Russia is objectively tied to the European sales market. It is in Western Siberia that the largest proven gas reserves are located; it is in the direction of the EU that a huge network of trunk pipelines has already been built. Long-term contracts for the supply of "blue fuel" have been signed, which provide the lion's share of the foreign exchange earnings of the federal budget. By the way, even if you want to, you cannot simply mothball a gas field where development has already begun. Our Western partners are well aware of all this and use this knowledge, demanding discounts from Gazprom and simply allowing themselves boorish statements about the Russian state corporation. The main message is - where are you going to go from the submarine?

And really, where? We considered China as an alternative to the EU. In 2014, with fanfare, it was decided to begin construction of a new Power of Siberia gas pipeline, which was supposed to demonstrate to the Europeans that Russia could do without them. Unfortunately, things didn't turn out quite as expected.

On the one hand, they failed to frighten the European Union, since Power of Siberia uses new fields in Eastern Siberia as a resource base, not Western Siberia, from which all these pipelines Yamal-Europe, Nord Stream and others are powered. The logic of the Europeans is as follows: what exactly are you going to scare us with? In fact, West Siberian gas has long been considered its own in the EU.

On the other hand, China took advantage of the difficult situation in which Russia found itself after the events of 2014 and knocked out the maximum preferences for itself. Beijing will not allow the Power of Siberia to be extended to its eastern coast, where the entire industry of the PRC is concentrated, limiting itself to the relatively sparsely populated northern regions. In addition, Gazprom has strong competitors in this sales market in the form of Turkmenistan and Kazakhstan. Therefore, China managed to achieve the signing of a long-term agreement on the supply of Russian gas with reference to oil prices within the PRC itself. As a result, Gazprom is forced to sell "blue fuel" at a price of $ 170 per 1 cubic meters, which causes tears of pity against the backdrop of European records.

On the whole, Power of Siberia is far from the most successful energy project. So is it worth pulling the second one? What is this, some kind of gas scam? In fact, Power of Siberia-2 has quite real chances to take place, but if several important conditions are met.

first... An offshoot of Power of Siberia-2 called Soyuz Vostok, with which we began this conversation, should reach the Pacific coast of China, where the entire industry of the PRC is concentrated. In theory, this will make it possible to liquefy the supplied Russian gas and deliver it by tankers to neighboring countries of Southeast Asia. Taking into account regional prices, it will still be beneficial.

In other words, the launch of the Power of Siberia-2 should completely drain some of the gas pipelines in the European direction. This is already serious. The country's leadership is forced to respond to plans to reduce the consumption of "blue fuel" in the EU by preparing for the transfer of the supply route to an alternative Asian direction. As an instrument of economic pressure on Western partners, the new pipeline may prove to be very useful.

The third... The construction of Power of Siberia-2 will allow parallel gasification of a number of Russian regions that Gazprom has never reached before. And it is only worth saying hello.

Thus, under the conditions of the announced global energy transition, the practical benefits of the second Power of Siberia may turn out to be incomparably higher than that of the first.
Reporterin Yandex News
Reporterin Yandex Zen
44 comments
Information
Dear reader, to leave comments on the publication, you must sign in.