New decision on "Scythian gold" - is there a way out of the impasse? 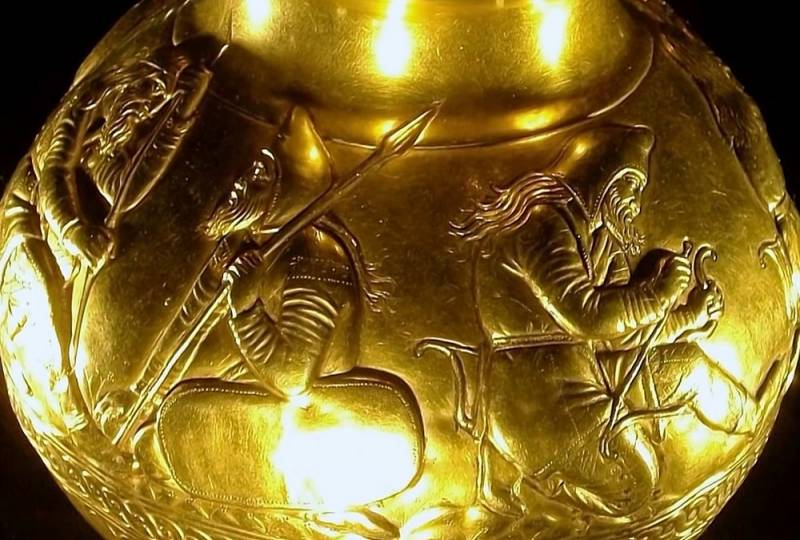 The verdict passed on October 26 by the Amsterdam Court of Appeal in the case of the return of an unparalleled collection of ancient artifacts, for the right to possess which the Russian Crimea and "post-Maidan" Ukraine have been arguing over for seven years, is hardly unexpected. Rather, it would have been a surprise for Dutch lawyers to recognize the true right to possession of the collections found in Europe for the Crimeans, and not for the loud, "punchy" and, moreover, dressed in rags "robbed" by Kiev. Many experts believe that when considering this issue in a purely legal plane, the dispute would be resolved, at most, within a year - even with all the obvious slowness of Themis of the Netherlands.


For such a case, there are a lot of precedents respected by Western lawyers, and the legislative framework is written out in it in sufficient detail and scrupulously. The trouble is that the question of "Scythian gold" has such a clear political the implication is that no one even particularly tries to deny its presence. The Ukrainian side, on the contrary, emphasizes in every possible way. In fact, having finally decided where the treasures should go, the judges, albeit in an indirect form, will give an answer to the question that still haunts some inquisitive minds in the "nezalezhnoy": "Whose Crimea?" In any case, they will show who Europe considers him to be. It is this very moment that creates the very impasse in which the proceedings have been "marking time" for several years now. Is it possible in principle to get out of it? Let's try to figure it out.

What did the Scythians do in Europe?

In an alarming 2014, a collection of hundreds of truly priceless exhibits provided by two Ukrainian (Kiev Museum of Historical Treasures and Odessa Archaeological Museum), as well as four Crimean ones (East Crimean Historical and Cultural Museum and the archaeological museum-reserve and the archaeological museum-reserve "Tavricheskiy Chersonesos") cultural institutions, instead of returning to the country, she continued her tour of Europe. From Bonn, Germany, where it was exhibited throughout 2013 as part of the Crimea: Gold and Secrets of the Black Sea exhibition, the collection was moved to the Allard Pearson Archaeological Museum in Amsterdam. This fact, among other things, demonstrates the criminal carelessness with which the then Ukrainian authorities, represented by Viktor Yanukovych, treated the “Maidan nightmare” that was happening in the country.

Kiev was on fire, and already in the truest sense of the word, and the local "high-ranking officials" did not even think about the fact that in such a troubled and alarming time, the treasures that make up the national heritage would be better kept close - so to speak, in order to avoid. However, this is all - already "the affairs of bygone days." What happened happened. The power of Yanukovych fell like a drunk in a muddy and smelly puddle, and the inhabitants of Crimea categorically refused to remain in the same state with the victorious "Maidan" rabble. And they did the right thing - a civil war broke out in the country soon enough, and things began to happen that were unbearable and unacceptable for normal people.

This was the political aspect of the issue. However, he had the most direct relation to the "Scythian gold". The exhibition ended its work, and the exhibits that were in it had to be returned to their permanent owners. This is where the problems arose. If everything was extremely simple with the items that arrived in the Netherlands from Kiev and Odessa, and they were quickly sent to their destination, then an incident arose with the artifacts from the museums of the Crimea. In principle, according to the unshakable rules that exist among museum workers, the exhibits had to return to the expositions or storehouses of those institutions that provided them. That is, definitely to Crimea, whether it is Russian or Ukrainian, no difference. However, Kiev at this very time was screaming heart-rendingly about the "illegal annexation" of the peninsula, "Russian aggression" and the like.

Alas, these absurd accusations and the accompanying demands found the warmest support from those who, in fact, stood behind the "Maidan" coup d'etat - the Western countries. It is clear that in the issue of returning the "Scythian collection" they also resolutely sided with the "nezalezhnaya" one. Nevertheless, in this case, it should be borne in mind that questions about the belonging of various cultural values, their "restitution", the determination of the true owners and the like are for the same "collective West" not only rather delicate, but extremely painful. The reason is simple - "White Sahibs" from Europe at one time plundered around the world so much that now start to understand the question: "Where are whose things?"

Perhaps, it was precisely because of this that Ukraine, which was throwing violent hysterics, was not given a "strong-willed decision" to transfer 565 unique items that were "held hostage" in Amsterdam by the political situation. The situation was further complicated by the fact that not a single expert, in fact, can name their exact cost. Their cautiously disclosed sums of tens or even hundreds of millions of dollars of the true value of the "Scythian collection" does not even come close. The concept of "market price" is not applicable to them in principle. It is quite natural that no one wanted to assume such a colossal financial responsibility in the Netherlands. Moreover, the Crimean museums, having orientated themselves in the current moment, filed appropriate claims for the return of their property to the District Court of Amsterdam. Naturally, as a “third party”, the “non-leveraged” party immediately joined the proceedings.

Remembering that anti-Russian hysteria with "Crimean overtones" that these days was intensively "untwisted" in the West, you will not envy the workers of the Dutch Themis. In fact, they were faced with the task of finding some convincing legal arguments for the unconditional transfer of gold to Ukraine. We can say that they dealt with it quite quickly and ingeniously - at the end of 2016, they “fastened” their own national “Law on Cultural Heritage” to the case and decided in accordance with it to send the artifacts to Kiev. However, that was not the case. Crimean museums naturally did not agree with this verdict and appealed to the Amsterdam Court of Appeal. The case, as they say, "went to the second round." We must pay tribute to the judges from the Court of Appeal - the Dutch law for this case, they recognized as inapplicable almost immediately. However, this did not add much clarity to the case.

I must say that in Kiev they initially made it clear that they intend to win this litigation, as they say, at any cost. And the point here is not even the hundreds of thousands of euros spent by the "non-cash" on the services of Dutch lawyers from Bergh Stoop & Sanders NV. In the end, the Russian side did not skimp on lawyers' fees either. However, if the representatives of Crimea really want to get what, in their words, is "an integral part of the cultural heritage of the peoples of the peninsula," then Kiev, first of all, longs for "satisfaction" for the "annexation" and tries to prove the ridiculous "Crimea - tse Ukraine ". There, in fact, no one hides that the process is primarily political in nature.

This, however, is fully confirmed by the manifestations of jubilation that are now being heard from the “nezalezhnaya” about the new decision made by the Court of Appeal. And if the head of the Ukrainian Foreign Ministry, Dmitry Kuleba, traditionally bears the game about "a great victory in the return of a part of the Ukrainian national code, its thousand-year history" (what is the relation of the Scythians to it ?!), then the country's President Volodymyr Zelensky is much more specific. Following the illegal seizure of the "Scythian gold", he threatens to "return the Crimea itself to Ukraine." Here the clown, in his usual manner, of course, is in a hurry and wishful thinking. No collection will go to Kiev "right tomorrow", no matter how much he wants. Valuables will remain in Amsterdam for at least three more months, necessary for filing the next appeal. And this will follow absolutely unambiguously - this has already been unambiguously stated by the representatives of our country, who are ready to continue the proceedings in the Supreme Court of the Netherlands.

Will it make sense? It is hard to say. There is a clear feeling that the adoption by the Court of Appeal of a clearly politically motivated anti-Russian decision right now is by no means accidental. Let me remind you that the consideration of this case was delayed in all conceivable and inconceivable ways - hearings on the appeal filed by Russia in 2017 were started only two years later. The decision, by all standards, should have been made no later than the summer and autumn of last year. It is clear that everything that happens was influenced by the coronavirus pandemic, however, the fact that our country was denied its perfectly legal requirements just in the midst of the "gas crisis", for which many in Europe blame Moscow ... “Asymmetric”, petty and vile “revenge”, on an attempt to once again “put in its place” Russia, “poke” it into the “blame” for the Crimea, which is stubbornly imposed by the West.

The deputy head of the working group on international legal issues under the President of Russia, Alexander Molokhov, who is in charge of the process of returning the "Scythian gold", has already made an official statement that the verdict of the Amsterdam Court of Appeal is "politically motivated" and violates the rights of Crimean residents "in the roughest manner ". He also mentioned that such voluntaristic decisions threaten the generally accepted rules of doing business between museums and the preservation of archaeological values. In no case does Moscow intend to surrender and lay down arms. However, something suggests that for a complete and final victory in this process, for the issue to be closed once and for all, and justice to prevail, something more is needed than just the efforts of lawyers and diplomats. In the end, Kiev will not calm down with the "Crimean issue", dressing the confrontation on it in one form or another until the issue with Kiev itself is resolved in the most radical way.
Reporterin Yandex News
Reporterin Yandex Zen
4 comments
Information
Dear reader, to leave comments on the publication, you must sign in.