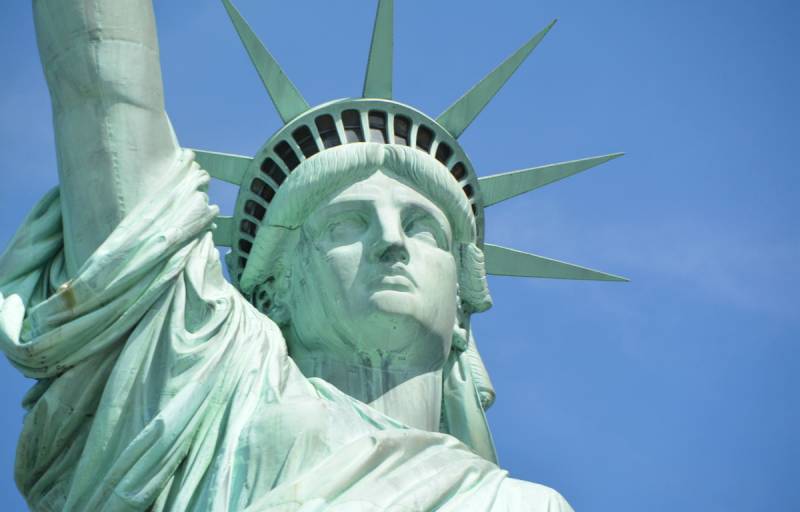 Many take the existence of civil rights for granted, existing from time immemorial. “All people are born free and equal in their dignity and rights” - sounds so familiar and clear. Now, in general, the so-called legal culture has replaced the scientific and historical understanding of law. Few people think about the essence of law in general and the essence of civil rights in particular.


But at the same time in policy there is no more speculative issue than the issue of human rights in different countries. Journalists, the public, the scientific community and representatives of states, especially in the West, are keenly interested in where, how and why “human rights are being infringed”. True, there are nuances. Firstly, the "world community" makes noise about human rights violations mainly in those countries that do not want to dance to the tune of the United States. Secondly, it annoyingly rarely pays attention to the rights of a “healthy person”, for example, the right to housing, work, rest, education, medicine, cultural development, and a peaceful life. Western foundations, media and governments are more interested in the rights of minorities - racial, national and sexual. I don’t want to mix the first two and the last, because the rights of small peoples and nationalities are indeed infringed upon in some places, but such mixing is used by the guardians of human rights themselves, so all claims are made against them. And the West is interested in the rights of national minorities only insofar as they serve to incite separatism in certain countries they hate, which perfectly demonstrates the silence of these problems, for example, in the Baltic States, Poland, Moldova, and Ukraine.

Recently, the North Korean officialdom issued another rebuke to the hypocrisy of Western countries, pointing out, firstly, that no one asked them to assess the situation in the DPRK with human rights, no one appointed Western countries as an arbiter in this matter, and secondly, that there are many problems with human rights; third, that the foreign policy of the United States and its allies leads to humanitarian disasters in different regions of the world and, consequently, to the notorious violation of human rights. A small but proud country said something that the big and strong keep quiet about, or which they only shamefully hint at in a diplomatic way.

However, it would be an oversimplification to think that "human rights" are just a political device in international squabbles. In fact, this is a whole ideology, which did not arise from scratch, has a certain historical base and stages of development.

So, as you know, law arose along with the emergence of the state. The state as an institution of society arose as a kind of power, the characteristic differences of which are that it relies on organized violence (squad and dungeon, police / army and prison) and, therefore, has an apparatus of coercion and control standing, as it were, over society. It so happened that the state exercised its power without using or with minimal use of law, but in most cases, if there is a state, then a system of law arises. Law is publicly disclosed norms of behavior and rules of relations between people, which are protected by the force of state coercion.

It is quite obvious that the state can arise only where there is already a deep division of labor and there is private property. The original states were formed to protect the ownership of land and the slaves of the stratum of the most cunning and successful leaders that separated from the primitive community.

Early systems of law were based on the principle of protecting the property and interests of the propertied classes - slave owners, merchants, clergy, and, less often, artisans. In other words, rights were granted only to individual strata, which were protected by the state. Slaves, and later serfs, that is, a significant part of the population, were not subjects of law, were considered essentially as property.

At the same time, philosophers, troublemakers and rebels gradually creeped into their heads the idea that all people are equal, at least as people. And what is the easiest way to equalize people in the usual system of social order? Bestow equal rights.

So, during the Great French Revolution, the extremely daring idea of ​​turning all people into citizens endowed with equal rights was realized. This model gradually embraced the whole world, and thanks to the diplomatic activity of the USSR, by the middle of the XNUMXth century, it received a normative consolidation in the so-called international law (which, strictly speaking, is not law, since there is no key element of coercion).

Of course, equality does not and cannot give any real economic, political and cultural equality, if only because it makes the initially unequal equal. Equality looks especially hypocritical under conditions economic polarization of society. It's one thing to have the right when you have a lot of money, and quite another thing if you are a tramp.

Gradually, human rights became the subject of political speculation. The main problem of human rights lies precisely in the fact that their legal essence is so formal that in real life it is practically unable to express itself. Whatever equality is declared, in reality it is always possible to find an infringement of the position of certain people. For example, in market relations, only money gains real value. Money gives the de facto right to live as its owner pleases, despite all the laws. Or another example - if a society is riddled with racial, national or religious prejudices. No matter what fair law the state may issue, its law enforcement practice will always be discriminatory. Because the problem is not in the law, but in the content of social relations and in the culture of people. Highly cultured people do not need laws at all, they are able to act according to their conscience even without laws.

At one time, Soviet legal science, as opposed to Western, put forward the thesis that all rights should contain mechanisms for their implementation in their very declaration. For example, the right to work should not hang in the air, and the state is obliged to guarantee everyone a job, and according to the right to housing - to guarantee the use of housing, etc. Later, this concept was developed in other socialist and semi-socialist countries and such a concept appeared as the right of the people.

Now there are countries, including the DPRK, China, Vietnam (and partly Russia), which view human rights not as individualistic in the West, but through the prism of the life of the entire people, and this is more correct and reasonable. In this case, there is a real connection between formal rights and living conditions. The state, having emerged only as an institution for the protection of property, is gradually becoming an instrument for regulating social relations and the development of society. This means that the question of the well-being of people is resolved in the sphere of economics and culture, and not in law.

From a scientific point of view, the people are not the citizens of the country or the population. A people is, first of all, a collective, an objective historical formation, fastened by economic ties, language, culture, community of life and possessing a stable social consciousness. That is, these are not just people, but also objective social ties between them.

What is the point in accusing China of discriminating against sexual minorities if the Chinese people and the Chinese state view homosexuality as a form of deviant behavior? What was the point, for example, to blame the USSR for the compulsory distribution of labor, if thereby the public good of the people was achieved - industrial facilities were erected, the country's defense capability was strengthened.

In other words, two approaches to human rights have emerged - selfish and collectivist, private and popular.

Moreover, the Western approach to human rights has negative historical practice. Western countries fail to achieve harmony and prosperity of the people on its basis. Examples of happy Western countries do not stand up to criticism: firstly, these are microscopic countries of northern Europe, secondly, their "prosperity" is built on more money from an ordinary citizen than in other countries, and thirdly, their economic well-being is built on unequal exchange, i.e. in fact, they rob backward regions and countries in one way or another. It is impossible to turn Russia and the whole world into Denmark or Norway, because the economic models of these countries are not self-sufficient and not even independent.

The historical practice of the collectivist approach to human rights as the realization of the rights and interests of the people is also not flawless, but few would argue that, for example, the “Brezhnev stagnation” was a much happier time for our people than other eras. China has been able to eradicate extreme poverty that no other large country can do. Isn't that an argument?

Here the worldview difference in approaches manifests itself. Some people are ready to argue with foam at the mouth that freedom in the Western understanding is more important than free education, medicine, culture, achievements, etc. What is important is that they are personally given the right to realize their inclinations to enrichment and philistine happiness, and the state does not interfere. Others prefer to think in more patriotic and collectivist categories, arguing about the common good of the people.

The same applies to the essence of the state: either it serves only to protect property with formal equality, or it can act as a means of the development of society.

Therefore, the DPRK claims that they are building “heaven on earth” not for abstract individuals, but for the people. And in the West they cannot even understand this. They are concerned about the rights of sex minorities and dissidents.

What approach is the future - only history will show. But purely methodologically, an individual without society is nothing, and society will not even notice the loss of an individual.

Therefore, when V.V. Putin says that a person should be at the center of all the activities of the state, and a snide question arises: what kind of person? It's another matter if you put the people in the center.
Reporterin Yandex News
Reporterin Yandex Zen
14 comments
Information
Dear reader, to leave comments on the publication, you must sign in.