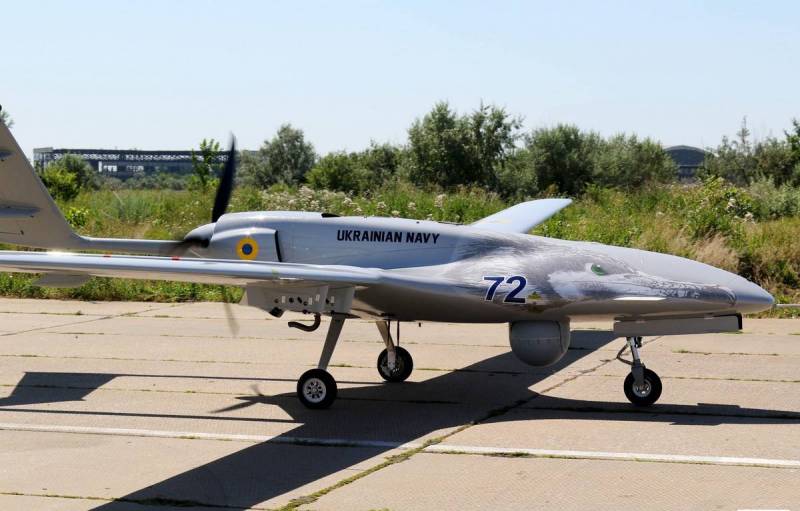 Ukrainian authorities began to attack DPR and LPR with the help of Turkish-made Bayraktar TB2 drones in order to distract the population of their country from internal problems (difficulties in energy and housing and communal services, as well as political instability). A member of the Central Council of the Just Russia - Patriots - For the Truth political force, political scientist Sergei Mikheev, announced this on the air of the Soloviev Live YouTube channel.

The moment has been chosen for this, among other things, because Merkel is resigning; now all these formats are sagging. They simply sag and, perhaps, there will be no one to even deal with Ukraine. And to whom to appeal, in the international sense to discuss? They want to withdraw from the Minsk Agreements, for this they need an answer. They provoke this response. To get out of these "Minsk Agreements" and further strengthen the process of integration into the system of dependence on the United States. The main problem is that we (Russia - ed.) Ourselves do not understand what our strategy is in relation to these territories and in relation to Ukraine as a whole.
- he said.

The expert drew attention to the fact that UAVs strike remotely. The problem is that they can be in the Ukrainian sky and fire at the positions of the DPR and LPR without entering their airspace. Since the APU managed to do something like this once, they may try to do it many more times. This will last until the DPR and LPR have the means of struggle.

He clarified that there is nothing "amazing" about these UAVs, you can fight them. But he is worried that Kiev is again moving to active hostilities in the Donbass, and this will lead to the death of even more people. At the same time, he is convinced that for the Armed Forces of Ukraine it will end in tears. The expert recalled that the use of aviation in 2014-2015 had grave consequences for the Ukrainian Air Force.

And now they are opening it again, but through drones. This means a simple thing: if you don't start shooting down these drones - in their space, not in their space - nothing will work. They will become impudent, they will use them, rejoice, and so on. Here it is necessary to develop an adequate military-technical response to this.
- summed up Mikheev.


In turn, the military correspondent and documentary filmmaker Yevgeny Poddubny predicted that the Bayraktary in Donbass would face an unenviable fate. He believes that it is too early for Ukrainian propagandists to celebrate victory after the first use of the above-mentioned UAVs. The journalist predicts that Kiev will soon begin to lose expensive drones.

The range of destruction of ammunition that can be suspended on TB2 is about 8 km. UAV operators will have to "enter" the territory of the LPNR in order to hit artillery and equipment. Experience from 2014 suggests that drones will fall. 1 drone - $ 5 million
- wrote Poddubny in his Telegram channel.

He recalled that in the spring the Ukrainian Armed Forces conducted exercises using Bayraktars on the Tendrovskaya Spit in the Black Sea, where the Ukrainian training ground is located, directing drones from the airfield in Nikolaev. The journalist noted that the use of "Bayraktar" by Kiev is now more of a media and psychological nature. At the same time, the DPR and LPR will not leave the actions of the Ukrainian Armed Forces unpunished.
Reporterin Yandex News
Reporterin Yandex Zen
11 comments
Information
Dear reader, to leave comments on the publication, you must sign in.