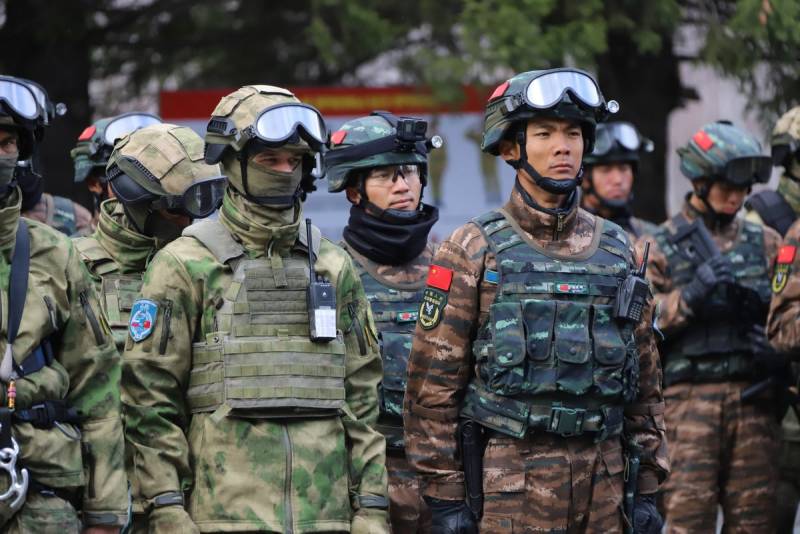 The withdrawal of American troops from Afghanistan set off a real chain reaction. With the coming to power in Kabul, the Taliban (a terrorist group banned in the Russian Federation) began to rapidly reformat the regional security system in Central Asia. New players - the United States, Turkey and China - are now trying to enter the traditional zone of influence and responsibility of Russia on the territory of the former Soviet republics. How should Moscow react to this?


Moscow responded to the potential threat posed by the Taliban by strengthening its military presence in the Central Asian CSTO member states, as well as joint military exercises with Uzbekistan, which is no longer a member of this organization, on the borders with Afghanistan. But, alas, Russia is far from the only power seeking to gain a foothold in Central Asia.

Formal allies in the NATO bloc are showing increased activity, and in this matter - direct competitors, the United States and Turkey. Leaving Afghanistan, the Americans intended to stay in the region, settling in some neighboring country, preferably a former Soviet republic. They already have experience of a military presence there, but after the events of 2014, Moscow managed to squeeze the US military bases out of its underbelly. In Kyrgyzstan, the Pentagon can no longer count on anything, explained the country's President Sadyr Japarov:

We have a Russian base in Kant. One base is enough for us. We do not want to play cat and mouse with powers, having two bases.
Apparently, Washington will make the main negotiating efforts in dealing with Tashkent. Unlike Kyrgyzstan and Tajikistan, Uzbekistan is no longer a member of the CSTO and is not bound to Russia by corresponding obligations. At the same time, Tashkent itself has a fairly strong army and is conducting a multi-vector policies... According to a number of respected American publications, it is from the territory of Uzbekistan that the Pentagon intends to monitor the situation in Afghanistan and, if necessary, launch air strikes on it.

The situation is somewhat different in Tajikistan. This country is a member of the CSTO, is economically weak and seriously dependent on Moscow, and also has no real combat-ready army. In fact, its security is provided by the Russian military base, which was strengthened against the background of the recent Afghan events. Alas, we are no longer alone in Tajikistan, and the uninvited company of the Russians there is not the American, but the Chinese military.

Since the domestic media are reluctant and sparingly to cover this issue, one has to turn to foreign sources for information. According to the American Washington Post, a "secret" Chinese military base appeared in Tajikistan back in 2017. We use quotation marks because Beijing, naturally, through diplomatic channels conveyed its intentions to Moscow, arguing the appearance of the PLA infrastructure facility not so much by military as by logistic goals. The base appeared in the Murghab region of the Gorno-Badakhshan Autonomous Region of Tajikistan, not far from the border with Afghanistan. According to US media reports, de facto Chinese soldiers from the Xinjiang Uygur Autonomous Region were serving there. This military facility was needed by the PLA to control the possible movement of Uyghur militants from Afghanistan to the PRC and back. The base was very small in size, in addition to the Chinese, it was attended by representatives of the Tajik and Afghan sides. Officially, its existence was denied by both Dushanbe and Beijing.

Everything changed after the Taliban (banned in the Russian Federation) came to power in Kabul. It was announced about the construction of a new military base for the needs of special forces in Tajikistan in the same Murghab district of the Gorno-Badakhshan Autonomous Region. It will be built by the Chinese and at the expense of Beijing. The cost of the facility is estimated at $ 10 million. At the same time, it is officially reported that the object will be transferred to the Tajik special forces, and not the PLA. Quite a strange charity, not quite typical for the PRC. If you believe the data of the Tajik edition of Azattyk (translated from Tajik, Radio Liberty is a media recognized in Russia as a foreign agent), then Dushanbe is ready to transfer full control over this military base to Beijing without rent in exchange for military assistance to the PRC.

This is somehow more like the truth. What can the legalization of the Chinese military presence in Tajikistan mean?

At firstThe PLA is clearly increasing the barrier to extremists in the troubled Xinjiang Uygur Autonomous Region. Opponents of the Celestial Empire may try to play this card, more actively inciting separatist sentiments and supporting terrorist activities to destabilize it.

Secondly, the presence of the Chinese military continent on the border with Afghanistan will be an additional trump card in negotiations on cooperation with the new authorities in Kabul. As you know, a kind word and "Colt" is better than just a kind word.

Thirdly, the arrival of the PLA in Tajikistan may be a response to the active external expansion of Turkey in Central Asia. As you know, Ankara seeks to crush all the former Soviet Central Asian republics in order to create a kind of "logistics superpower" on the way between Asia and Europe. On the one hand, this Turkish initiative seems to be useful to Beijing. On the other hand, the "sultan" does all this not out of the kindness of his soul, but for the sake of profit. Taking control of the most important logistics route, it will clearly squeeze the maximum out of its position as the main transit country for Chinese goods to the European market. But does Beijing need the "neo-Ottomans", members of NATO, to dictate their terms to it?

Of course not. The Celestial Empire is building its own "New Silk Road", and it does not need any intermediaries, especially those who are so nimble. The official visit of the Chinese People's Liberation Army to Tajikistan may well be considered a response to the pan-Turkist project of Turkish President Erdogan. Another question is whether Russia needs “Chinese comrades” to settle in its “backyard”? What can we do to prevent this?
Reporterin Yandex News
Reporterin Yandex Zen
6 comments
Information
Dear reader, to leave comments on the publication, you must sign in.