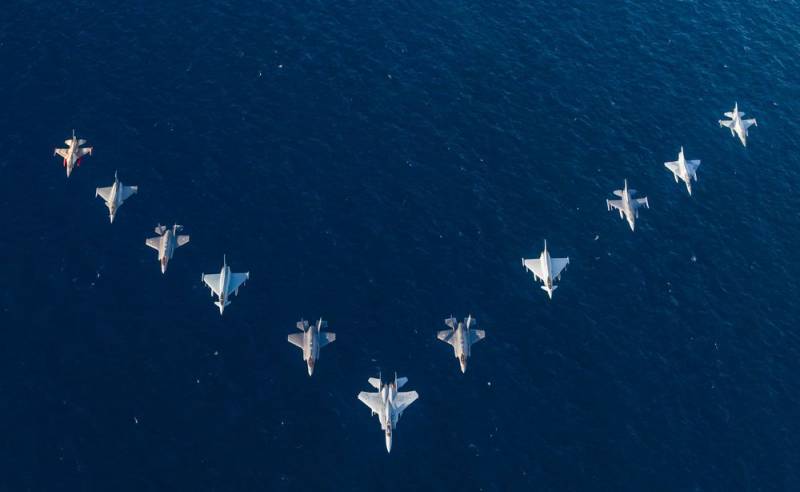 In Israel, from 17 to 28 October at the Uvda airbase in the south of the country, the international military exercises Blue Flag-2021 are being held, which have become unprecedented. Pilots of the Israeli Air Force (IAF) and allied countries are training to bypass Soviet and Russian air defense systems, practicing overcoming the Kub and Pantsir-C1 air defense missile systems, which are in service with the Syrian Arab Army. This is reported by the Israeli TV channel 9TV.

A demonstration flight "Wings of History" took place, in which aircraft from different countries flew in a single formation. The pictures were posted by IAF on their Twitter account. This is the most representative composition in the history of the maneuvers, and, moreover, the commander of the UAE Air Force, General Ibrahim Nasser Muhammad al-Alawi, is the observer, which happened for the first time. 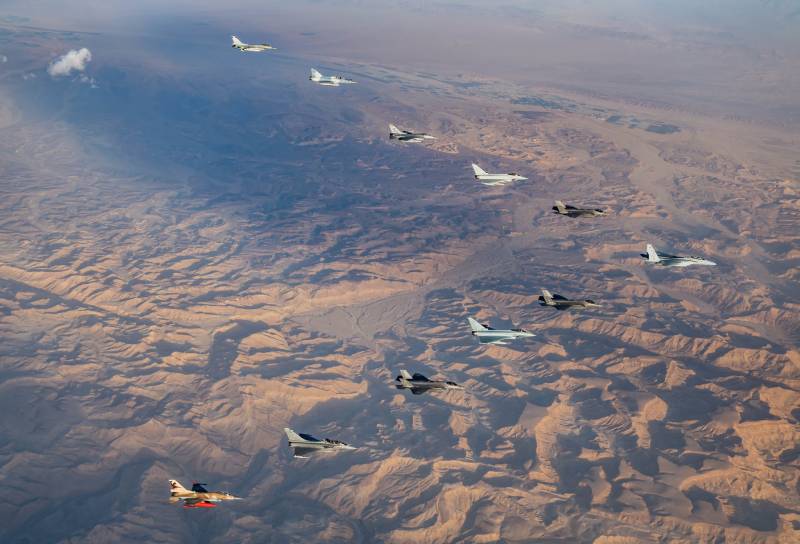 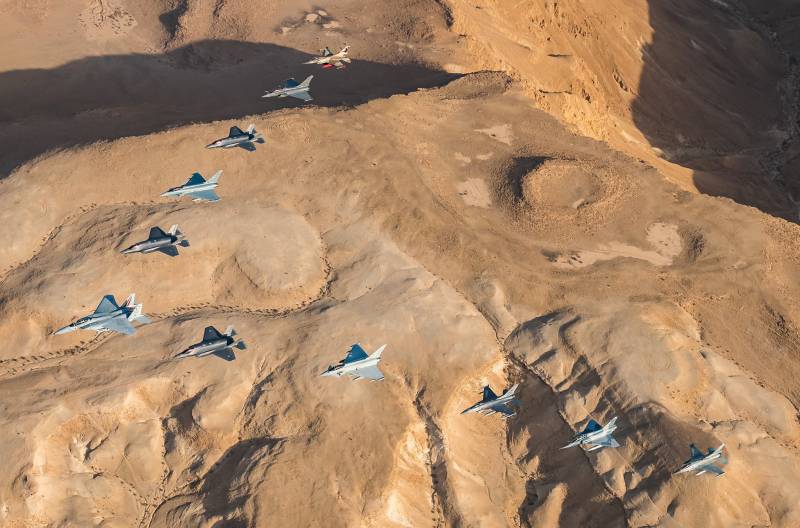 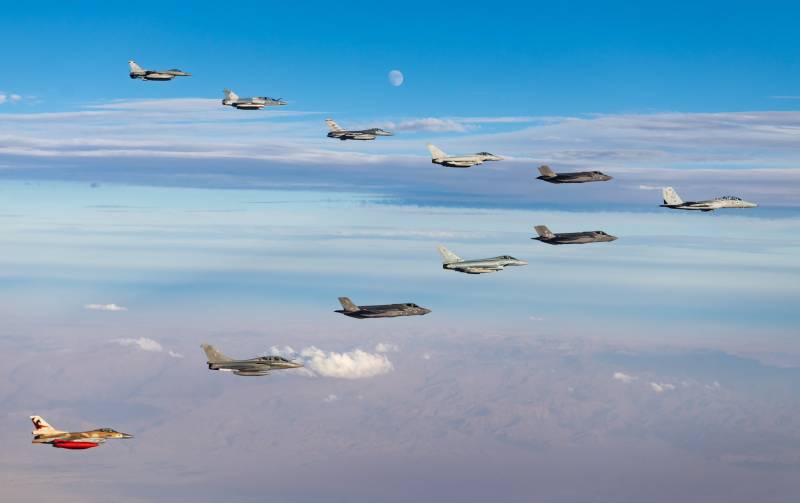 During the exercise, the following are also being worked out: actions to integrate aircraft of the 5th and 4th generations in combat conditions, interaction in neutralizing the air defense of a simulated enemy, the emergence of Iranian air defense systems in the region and the more active use of drones. For the first time, the maneuvers are also taking part: a squadron of the British Air Force, French Air Force pilots on the Dassault Rafale and Indian Air Force pilots on the Dassault Mirage 2000.

The Russians have repeatedly reported on the successful counteraction of the Syrian air defense against the Israeli Air Force, which is discordant with the successful actions of Israel in Syria.
- summed up the media.

Note that at the same time Iran is building its own air defense system in Syria. Tehran is increasing the number of SAM batteries in its own ATS to counter Tel Aviv. There was information about unsuccessful attempts by Iranian air defense systems to shoot down IAF aircraft in the Syrian sky.

The Jerusalem Post clarified that the reaction time of Syrian air defense batteries has decreased over the past year, although the number of Israeli strikes has increased. This forced the IAF to change tactics during such missions, including by creating a larger formation, so that it was possible to quickly and reliably hit several targets at once without repeated arrivals.

At the same time, the Iranians changed the placement of their batteries and moved the radar station to a greater distance from the launchers. It also forced the Israelis to increase the number of their planes. In addition, the IAF will have to take this into account when conducting any possible operation against Iran's nuclear program. Israel understands that Iran has a strong military-industrial complex. At the same time, Iranian drones are of particular concern. As for the Iranian air defense in Syria, we can talk about the Bavar and Khordad air defense systems.
Ctrl Enter
Noticed oshЫbku Highlight text and press. Ctrl + Enter
We are
Moscow imposed sanctions against Kiev
"Lukashenko must leave": Berlin prepares a statement on non-recognition of the election results in Belarus
Reporterin Yandex News
Read Reporterin Google News
Ad
We are open to cooperation with authors in the news and analytical departments. A prerequisite is the ability to quickly analyze the text and check the facts, to write concisely and interestingly on political and economic topics. We offer flexible working hours and regular payments. Please send your responses with examples of work to [email protected]
48 comments
Information
Dear reader, to leave comments on the publication, you must sign in.