Scythian gold will be transferred to Ukraine 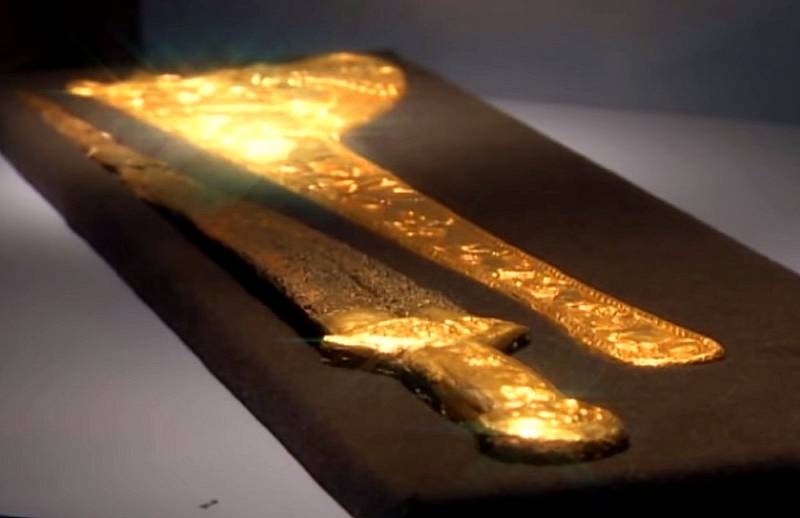 Scythian gold, which has been a bone of contention between Crimea and Kiev in recent years, will be transferred to the Ukrainian side. This decision was made by the Amsterdam Court of Appeal.

Although the exhibits are territorially related to Crimea, they are part of Ukraine's heritage after it became independent in 1991.
- the judge explained her decision.

The President of Ukraine welcomed the decision of the Dutch court, stating that following the Scythian gold, the Ukrainians would return the Crimea itself.

The story begins in 2013. A unique collection of 584 items was formed from the exhibits of a number of Crimean museums. Its estimated value does not exceed 1 million euros, since the overwhelming majority of the exhibits are made of bronze, ceramics or wood. The concept of "Scythian gold" has more marketing value and has become a derivative of the name of the exhibition, where the collection was demonstrated - "Crimea. Gold and Secrets of the Black Sea ". Moreover, not all objects are related to the Scythians.

During Euromaidan, the collection was kept at the Allard Pearson Museum in Amsterdam. The Ministry of Culture of Ukraine promptly, but in absentia, seized the exhibits from the Crimean museums and transferred them for storage to the Kiev Museum of History. Thus, a litigation arose between Crimea and Kiev over the right to own a unique collection.
Ctrl Enter
Noticed oshЫbku Highlight text and press. Ctrl + Enter
We are
Court in The Hague obliges Russia to pay $ 50 billion in Yukos case
Zelensky said that he would free the homeland of the Crimean Tatars from "occupation"
Reporterin Yandex News
Read Reporterin Google News
Ad
We are open to cooperation with authors in the news and analytical departments. A prerequisite is the ability to quickly analyze the text and check the facts, to write concisely and interestingly on political and economic topics. We offer flexible working hours and regular payments. Please send your responses with examples of work to [email protected]
10 comments
Information
Dear reader, to leave comments on the publication, you must sign in.