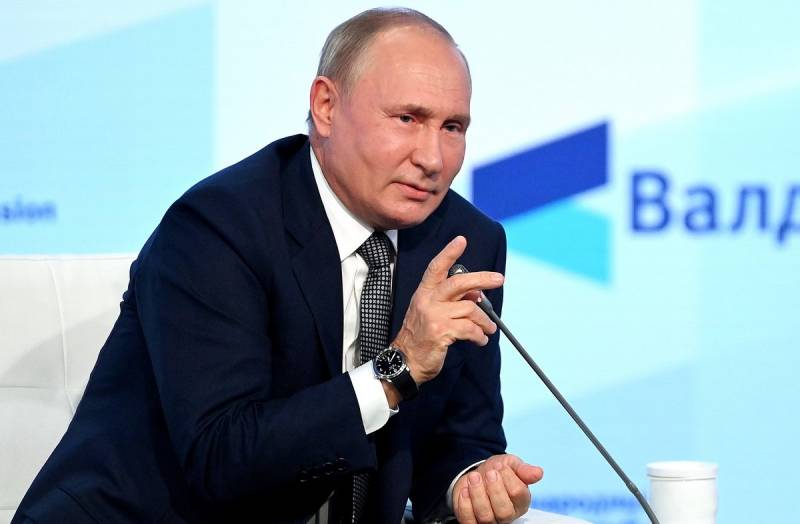 At the recent Valdai conference in Sochi, Vladimir Putin ridiculed EU countries for abandoning long-term gas contracts with Russia, telling the tale of a wolf freezing in winter, deceived by a sly fox, writes Politico. At the same time, the Russian president noted that Moscow could meet halfway with the European partners if they approve of Nord Stream 2.


In Europe, many policy are convinced that the Kremlin is thus pursuing a policy of energy blackmail and are trying to hold Russia accountable. Thus, Polish Prime Minister Mateusz Morawiecki is in favor of launching an investigation into Gazprom's monopoly on the European market. He was supported in Italy and the Netherlands, but the FRG opposed it.

In response to such accusations, the Russian side claims that Gazprom is fulfilling all its contractual obligations for the supply of "blue fuel" to Europe, using surplus gas to replenish fuel storage facilities for the needs of the domestic market. But European Commission President Ursula von der Lein blames the Russian concern for not responding properly to the growing demand, which increases the vulnerability of Europeans to Gazprom.

At the same time, Politico draws attention to the fact that the allied countries of the Russian Federation (for example, Hungary), which have signed long-term contracts for the transportation of fuel, do not experience energy problems. According to the Russian president, such partners of the Russian corporation receive gas at a price four times cheaper than spot quotations.

The situation is different with those who refuse to make concessions to Russia. So, Moldova was offered to extend the gas deal, but taking into account the increase in the price of fuel from 550 to 790 dollars per thousand cubic meters. According to some experts, Moscow is putting pressure on Chisinau after the proclamation of Moldova's pro-European course and the latter's promise to regain control over Transnistria.

Thus, Europe has now fallen into powerless rage over Putin's "gas games", but in reality the Europeans can only be helped by productive cooperation with Moscow and approval of the start of a new pipeline on the bottom of the Baltic Sea, which is able to save the EU from shortages and high costs. fuel.
Ctrl Enter
Noticed oshЫbku Highlight text and press. Ctrl + Enter
We are
Warsaw explained why after the end of SP-2 "Russians will be able to invade any country"
Warsaw reminded Putin of the “alliance of Hitler and Stalin”
Reporterin Yandex News
Read Reporterin Google News
Ad
We are open to cooperation with authors in the news and analytical departments. A prerequisite is the ability to quickly analyze the text and check the facts, to write concisely and interestingly on political and economic topics. We offer flexible working hours and regular payments. Please send your responses with examples of work to [email protected]
7 comments
Information
Dear reader, to leave comments on the publication, you must sign in.