In Russia, presented a "lightweight" version of the radar "Voronezh" 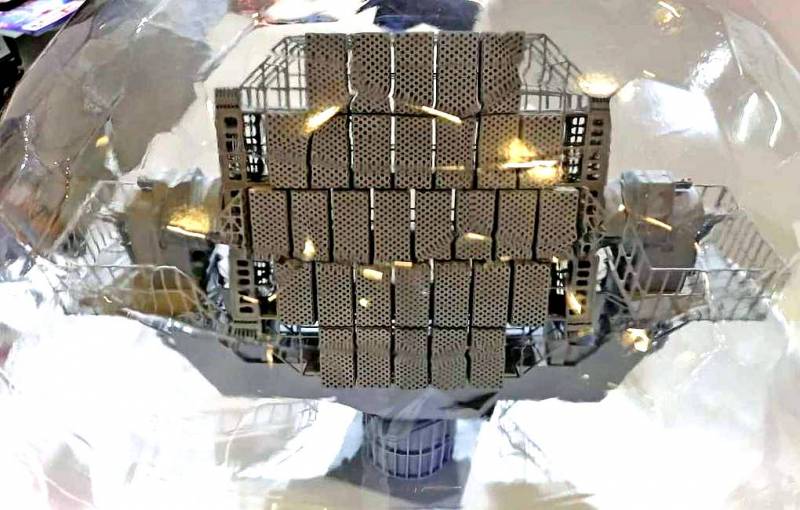 The enterprise "Radiofizika", which is part of "Almaz-Antey", presented a new radar station "Sula" on the eve. Despite the fact that this news went almost unnoticed, the aforementioned radar is undoubtedly worthy of attention.


To begin with, the new Sula radar for observing space objects is similar in parameters to the Voronezh radar, but requires a much smaller area for deployment and is much cheaper. Roughly speaking, "Sula" is a cheaper "Voronezh-Light" in a modular principle, which makes it easy to transfer it by rail and road.

With regard to the deployment of the new radar, it is carried out in a matter of months. The Sula antenna fabric covers an area of ​​8x8 meters and is assembled from 32 transmitting and receiving modules.

As a result, thanks to the emergence of a new radar station in Russia, long-range orbits are no longer considered a place where the enemy can "hide" his intelligence, command and communications satellites.

Naturally, there is no talk of replacing Voronezh or, moreover, Yakhroma with a new radar station. However, "Sula" will definitely expand the capabilities of both our missile defense system and the space tracking complex.

Ctrl Enter
Noticed oshЫbku Highlight text and press. Ctrl + Enter
We are
Why the latest self-propelled gun for the Airborne Forces 2S42 "Lotos" is better than "Nona"
"Resonance-NE" in Egypt: Russia equips its allies with unique radars
Reporterin Yandex News
Read Reporterin Google News
Ad
We are open to cooperation with authors in the news and analytical departments. A prerequisite is the ability to quickly analyze the text and check the facts, to write concisely and interestingly on political and economic topics. We offer flexible working hours and regular payments. Please send your responses with examples of work to [email protected]
2 comments
Information
Dear reader, to leave comments on the publication, you must sign in.