Much ado about nothing: why Estonia threatens Russia with the Blue Spear 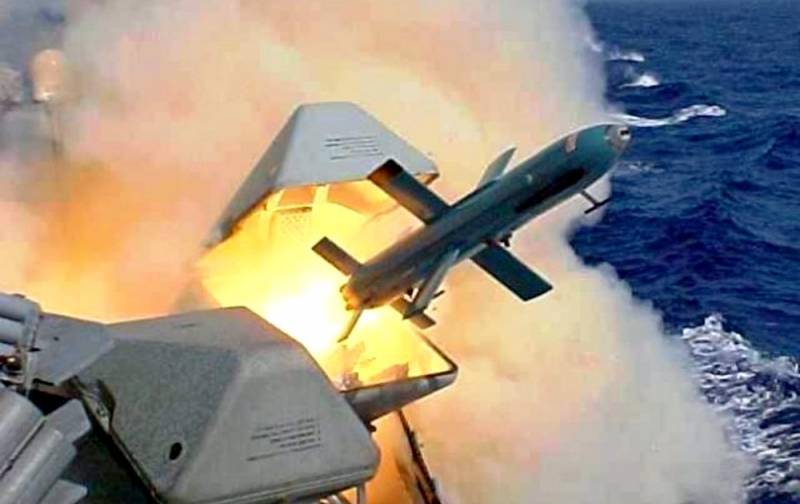 On October 11, the American edition of Forbes published an article entitled “Estonia is going to target missiles at key Russian weakness”. According to the material, Estonia purchased the Blue Spear missiles from Proteus Advanced Systems, the range of which exceeds 300 kilometers.


The Blue Spear is a version of the Israeli Gabriel anti-ship cruise missile with a length of about six meters, which will become a new type of weapon for the Estonian military. The Forbes article notes that anti-ship missiles in the hands of Estonia could potentially cause "very, very big problems from Russia."

The chosen weapon system will become the cornerstone of Estonian naval defense for decades to come. The Estonian Navy will be able to make a significant contribution to both national and regional and collective defense
- emphasized the Commander-in-Chief of the Estonian Navy Juri Saska.

Much ado about nothing

"Much Ado About Nothing" - one of the most famous plays by Shakespeare, is the best suited to characterize this situation, which really looks more like a comedy production.

As you know, the Estonian fleet, which claims to make a significant contribution to collective defense (apparently within the framework of NATO), is notable for its scale and, as noted in the article, consists of "three hundred sailors and six small, very lightly armed vessels."

There is no doubt that such an impressive force will indeed be able to become the "cornerstone of defense" and raise the mighty Estonian fleet, the effectiveness of which, apparently, even the nuclear powers will soon begin to equal. At least, this is how the Estonian government's line of thought is seen.

So, as one would expect, the fact of the purchase of real, genuine anti-ship missiles by Estonian forces (we will keep silent about EU subsidies to its budget) instantly caused excitement in local political circles.

After all, it is obvious that thanks to the acquisition of new missiles, the country's defense capability will increase dramatically, making the Estonian armed forces one of the strongest armies in the world. Apparently, now the official Tallinn will only have to wait for the expansion of the UN Security Council, because a new seat in its composition, it is already clear, will be reserved for it.

Alas, this is the mentality of a number of small-scale Baltic politicians - in the absence of real progress, they are constantly trying to pass off the wishful thinking, extolling banal arms purchases as an unthinkable achievement. Although their own predecessors, even now, tend to look at things completely differently.

For example, the former Prime Minister of Estonia Tiit Vähi sharply criticized the Estonian security policy, noting that it is “one-sided” in nature.

We talk about security one-sidedly. All these missile, tank and air bases, they say, we intimidate Russia with them. In reality, we rather anger Russia. Why are we angry with the bear? Better cooperate with him
- emphasized Vyakhi.

He also noted that the Estonian side needs to revise the entire current concept of national security and added a remark about the need to establish bilateral cooperation with Russia in the field of culture and sports.

It is gratifying to observe that some representatives of the Estonian elite still retain a sense of reality. However, it is significant that Vähi headed the Estonian government back in the 90s, before the country was admitted to NATO. In the absence of a “broad American back,” the views of Estonian politicians and rhetoric towards Russia were much more moderate. More precisely, realism and understanding of the real state of affairs and the balance of power in the region.

By a strange coincidence, the flourishing of a violent post-Soviet Russophobia in Estonia, as well as in other Baltic republics, begins precisely from the moment the first military bases of the North Atlantic Alliance were deployed on their territory. And the more Russophobia flourished, the worse it got economic indicators. As a result, the times when Latvia, Lithuania and Estonia were called "Baltic tigers" are irrevocably gone.

And today the social and economic situation in Estonia leaves much to be desired. The outflow of young people for a better life to developed Western European states already directly threatens the country with depopulation in the near future. Indeed, back in 1990, the population of Estonia was almost 1,6 million people. Now, in 2021, it barely exceeds 1,3 million.

Thus, the number of inhabitants of the Baltic republic has decreased by 15% over thirty years, the outflow amounted to about a quarter of a million people. Moreover, judging by the research data, the process of leaving Estonia by residents will not stop in the near future. According to the official forecast of the country's statistics department, over the next 60 years, the population of Estonia will decrease by another 11% or 145200 people. And this is just a basic scenario, authored by officials who are extremely committed and seeking to “smooth things over”, and released in 2019, even before the start of the pandemic. As they say, who will be the last to fly from the airport, do not forget to turn off the light at the airport.

At the same time, during the years of Soviet power (after the entry of the Republic of Estonia into the USSR in 1940), the population of the country did not fall, but on the contrary, increased, moreover by more than half a million people, reaching a peak just before the proclamation of Estonian independence.

Approximately the same picture is observed in other Baltic republics. Sharp growth during the years of the USSR and an equally sharp outflow after its collapse.

Somehow, democratic European values ​​had a bad effect on the Baltics. The population is leaving, the industry is closing, so that soon there will be no one and nothing to defend with the notorious newly acquired missiles.

The tragedy of the Estonian people

In fact, this is a great tragedy for the Estonian people. After all, Estonians who leave their country are gradually integrating and settling in other countries, finding work there, acquiring real estate, and starting families. And very often for their children born in a foreign land, the Estonian language becomes a foreign language, and the culture becomes something alien and incomprehensible. And all this thanks to the "competent policy" of the pro-American political leadership, which is mostly interested in only three things: how to please Washington in its foreign policy, how to convince the EU to give more money, and how to petty mischief to Russia (just to do it, there is no more talk ).

The problems and needs of the Estonian population are played by local politicians not even on the second or third, but on completely secondary, insignificant roles.

What else can you call the announcement of the purchase of expensive missiles in the midst of a severe energy crisis? After all, prices are rising not only for electricity itself, but also for all goods and services, turning into a kind of "infrastructure" inflation. Moreover, this is a thickening of colors, that the Estonians themselves say that such a situation is developing in the Estonian economy.

As the executive officer of the Estonian Central Union of Employers Arto Aas notes:

If electricity prices remain at a high level for a long time, then, of course, this will affect the profits of enterprises, the ability of employers to pay higher wages. And (...) part of the (increased) electricity price will be passed on to the end consumers. Prices, services, goods will rise in price. There is a very real risk of a sharp jump in inflation.
Simply put, Estonia is now facing a “perfect storm”: prices for everything will rise, and wages for the population will fall. And it was at this moment that the Estonian leadership, obviously, came up with the most ingenious idea of ​​its kind: "Shouldn't we buy missiles against Russia?" Tomorrow people will have nothing to eat and nothing to pay for utilities, the economy is about to collapse - it's time to buy new weapons. Moreover, according to various estimates, the contract amount ranges from $ 30 to $ 46 million.

Calling such actions other than a crime against their own people does not dare. And the regime, which, despite the total crisis, continues to strive to meet NATO's military spending requirements, at the same time "threatening" Russia, cannot be called an occupation regime.
Ctrl Enter
Noticed oshЫbku Highlight text and press. Ctrl + Enter
We are
"We must beat first": the geopolitical alignment around Russia is continuously deteriorating
Ten "defeats" of Putin
Reporterin Yandex News
Read Reporterin Google News
Ad
We are open to cooperation with authors in the news and analytical departments. A prerequisite is the ability to quickly analyze the text and check the facts, to write concisely and interestingly on political and economic topics. We offer flexible working hours and regular payments. Please send your responses with examples of work to [email protected]
3 comments
Information
Dear reader, to leave comments on the publication, you must sign in.