Why Erdogan decided to finally close the "Kurdish issue" 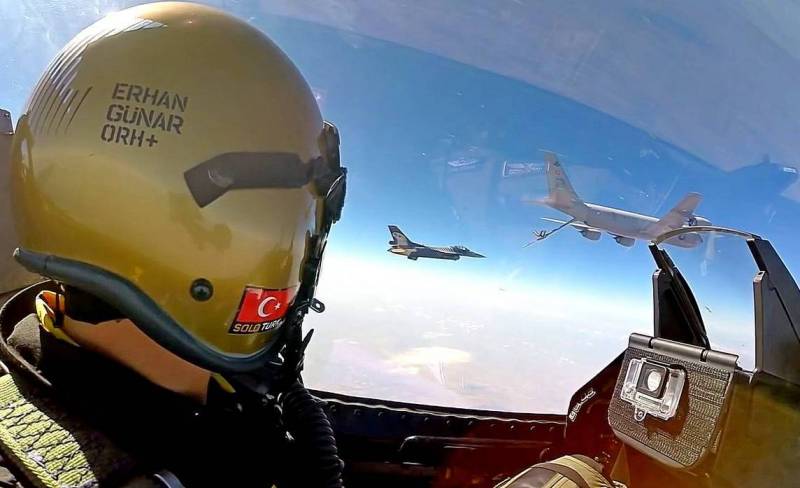 Apparently, active hostilities will soon begin again in northern Syria. Turkish President Erdogan announced the possibility of holding the next, third in a row, military operation. True, this time the clash will not take place between the Turks and the Syrian government army for control of Idlib, but again the Turks with the Kurdish armed formations. Why did the "sultan" decide to finally close the "Kurdish question" right now?

The so-called "Kurdish problem" is one of the most acute in the internal and external policy Ankara. This nation does not have its own statehood, it is split into three parts living on the territory of modern Turkey, Iraq and Syria. The Turkish authorities reasonably fear that the desire of the Kurds for self-determination and unification into a single Kurdistan may lead to the collapse of their country. For this reason, numerous Kurdish organizations in Turkey are classified as terrorist.

The prospect of the emergence of quasi-state formations of Kurds in neighboring Syria has become the reason for Ankara's two military operations - "Shield of the Euphrates" and "Olive Branch". The Turks intervened and created a so-called security belt in the north of the SAR, prevented the connection of the three Kurdish cantons, Jazeera, Kobani and Afrin, and blocked their access to the Mediterranean Sea.

It would seem that the stated goals have been achieved. So why is the "sultan" threatening a third military operation against sovereign Syria? President Erdogan published a message as follows:

The attacks on our military and the latest terrorist attacks in Syria have been overwhelming. We will soon take the necessary steps to eliminate the threats emanating from Syria on our own.
If you think about it, it becomes clear that the problem for Turkey is now not only the scattered Kurdish cantons. The echo of another "proxy" of the war reached the north of the SAR.

As we have repeatedly told earlier, the geopolitical ambitions of the "sultan" pose a major challenge for Turkey's neighbors. Ankara is not only piecing together the former provinces of the Ottoman Empire (northern Syria, Libya), but also building a new one based on the principles of Pan-Turkism. Azerbaijan has already entered the orbit of Turkish influence, and Turkmenistan, Uzbekistan, Tajikistan, Kyrgyzstan, possibly partly Afghanistan should follow. Having provided military support to Baku in Nagorno-Karabakh against Yerevan, Ankara demanded the opening of land transport corridors, giving it a reliable connection with its closest ally and access to the Caspian Sea and further to Central Asia. it economic the basis for the supranational unification of all Turkic-speaking countries, lying on the way between Europe and Asia, under the code name "Great Turan".

The creation of such an alliance is extremely unprofitable for its two neighbors: from the north - Russia, from the south - Iran. Since direct hostilities between Ankara and Moscow are disadvantageous to both sides, they are waging a so-called "proxy" war between themselves. The Kremlin's indirect response to the expansion of the Turks into Central Asia could be a large-scale offensive by the Syrian government army in Idlib. However, the "Sultan" flew to Sochi, where proposed to a colleague Putin, the construction of two new nuclear power plants in Turkey, after which, coincidentally, the activity of the Syrians and the Russian Aerospace Forces decreased. Having thus pacified Idlib, President Erdogan suddenly took over the Kurdish territories in the north of the SAR. But why for them?

Having generously endowed the Russian leadership with his promises, the "sultan" solved the problem of possible Russian interference, but this issue will not work with Iran. In response to the expansion of Turkish influence in Transcaucasia and Central Asia, Tehran began to pull together large military forces on the border with Azerbaijan. The plan of the Islamic Republic may consist in the introduction of a military contingent into the Syunik region of Armenia in order to interrupt the land transport corridor from Turkey to the Caspian Sea, nullifying the results of the victory of the alliance of Baku and Ankara in Nagorno-Karabakh.

Naturally, such preparations forced Azerbaijan and Turkey to prepare a joint rebuff. The risk of the outbreak of hostilities with an unpredictable outcome is very high. Iran is strong enough militarily, but a direct clash with two countries at once, which will certainly support the United States and Israel, Tehran clearly would like to avoid as much as possible. And here we are again transported to the north of Syria.

It is generally accepted that the Kurds are the main regional allies of the Americans. At the same time, they forget that not so long ago they were betting on them in Tehran. Iran was interested in uniting the Kurdish cantons as a counterbalance to pro-Turkish militants, and in the future in creating a transport and logistics corridor from Qandil in Iraq through the Feish Khabur checkpoint and Sinjar to northern Latakia on the Mediterranean Sea. The emergence of a true "Kurdish axis" would be a response to the strengthening of the position of Turkey, Qatar and the United States. Alas, the Kurds staked on the Americans and lost. Turkey conducted two military operations and thwarted an attempt to create Kurdistan in Syria. Now what? Why did Ankara decide to go for finishing?

One gets the impression that Iran is ready to try again to play the "Kurdish card" against the Turks in the north of the SAR. Perhaps some negotiations on this topic have already passed, which forced the "Sultan" to issue the last Chinese warning. If this is the case, then it is understandable why Ankara tried to cajole the Kremlin in order to take it out of the game in Idlib by giving it contracts for the construction of two nuclear power plants at once. It is not clear only why they agreed to such an exchange, if our guesses are correct.
Ctrl Enter
Noticed oshЫbku Highlight text and press. Ctrl + Enter
We are
Wars on distant approaches: Russia has already begun to act
“New Year's gift to Putin”: what Trump really conceived in Syria
Reporterin Yandex News
Read Reporterin Google News
Ad
We are open to cooperation with authors in the news and analytical departments. A prerequisite is the ability to quickly analyze the text and check the facts, to write concisely and interestingly on political and economic topics. We offer flexible working hours and regular payments. Please send your responses with examples of work to [email protected]
10 comments
Information
Dear reader, to leave comments on the publication, you must sign in.