Breaking with Russia is costing countries more and more 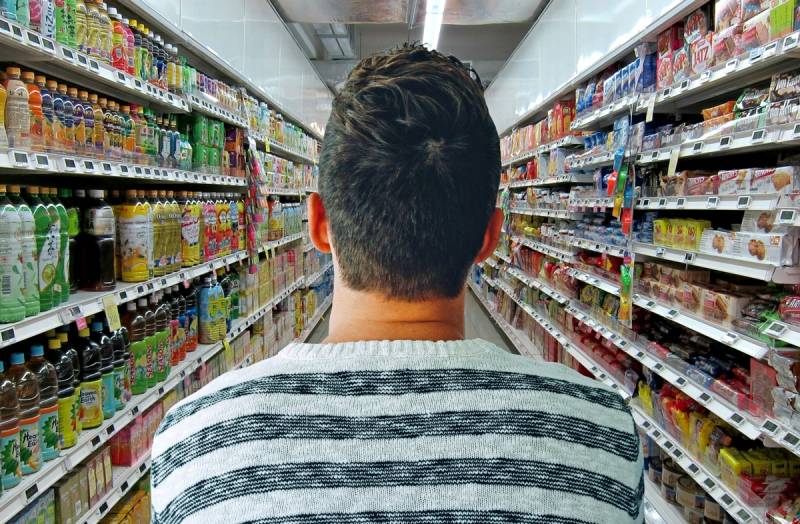 When the USSR was falling apart in 1991, it seemed to many that after gaining independence they would all heal like in American films. It will be enough just to eradicate the "scoop" in yourself, and then everything will go like clockwork. It really went, but not at all where it was originally wanted. Let's take a look at how things are on the Russian periphery 30 years after the collapse of the Soviet Union.


To complete the picture, we will cite the situation not only in the American "colonies" like Ukraine or the Baltic states, but also in relatively friendly Kazakhstan. For the sake of objectivity, let us make a reservation that a significant contribution to the current deplorable state of affairs was made by the coronavirus pandemic and the ensuing fever in the global energy market.

Unlike Square, the "Baltic Tigers" have long been included in the European Union and NATO. It would seem that this is it, the long-awaited happiness, but no. In the close family of the Western world, three small republics are assigned the role of periphery, a source of cheap labor and a military buffer on the border with Russia. If you objectively look at the real state of affairs, then joining the EU and the North Atlantic Alliance did not give the Balts anything good.

The remnants of the Soviet industry have long been liquidated, and Riga, Tallinn and Vilnius are moving towards leaving the single energy ring BRELL. Anti-Russian military exercises are regularly held in the Baltic States. But due to the European pricing formula, the cost of electricity for consumers has doubled. In Latvia, for example, the amount of heat tariffs increased by more than a quarter in September, and should soon rise again. At the same time, despite the beginning of the heating season, in Riga 2 houses, which have 531 thousand apartments, stand without heat. Why is that? Because even if there is 22 debtor, the management companies have the right to turn off the whole house, and there are 1 apartments of them. According to the current rules, debtors hold everyone else "hostage". Tse Europa.

Is it possible to condemn defaulters so severely? Even according to official data, 150 thousand out of 70 thousand households in Latvia are classified as poor. Qualified personnel leave along the wonderful roads of European quality built for them to richer countries. The leakage of, for example, doctors to Western Europe, by the way, threatens to cause the collapse of the entire health care system in the Baltic States in the event of another pandemic. Formally, Latvians, Estonians and Lithuanians receive more money than our compatriots, but this difference is offset by the higher cost of living. Not only are the prices for gas and electricity growing, but also prices for foodstuffs are growing, and, moreover, very significantly. They are already talking openly about the inevitable "shocking rise" in food prices.

In principle, with Nezalezhnaya, everything has been clear for a long time. It was not allowed further than the threshold of the European Union and will never be allowed, leaving it only in the format of a Euroassociation. At the same time, Kiev managed to take only the worst from the Western world.

The country is de facto turned into a testing ground for American nuclear of technologies... The budget is forcedly spent not on social needs, but on the maintenance of an exorbitant army and the war against Donbass. Ukraine receives gas not even at high European prices, but even more expensive, with an intermediary markup. Almost all Soviet industry has already been liquidated, with rare exceptions. Food prices are constantly rising. In just a year, prices for sugar increased by 83%, sunflower oil - by 79%, eggs - by 33%, bread - by 16%, meat - by 11,1%, and pasta - by 9,3%. Unlike the Baltic states, good roads of the European level did not appear, but this did not prevent the migrant workers from leaving en masse abroad, mainly to neighboring Poland, Hungary and Slovakia, as well as to “hostile” Russia.

Everything is bleak, and no lumen is observed. Ahead is the final de-industrialization, consistent depopulation and possible territorial disintegration.

Putting conditionally friendly Kazakhstan on a par with the hostile Baltics and Ukraine is a rather bold decision, but, on the other hand, why not?

Nur-Sultan is lucky to have his own "pipe" through which he can export oil and gas, replenishing the budget with dollar earnings. Therefore, Kazakhstan looks much more stable than the Baltic countries or Ukraine, however, its the economy not truly balanced. This country has also recorded skyrocketing food prices and inflation. This is how the head of the National Bank of the Republic of Kazakhstan, Dossaev, commented on the situation:

Taking into account the significant jump in food prices, fuels and lubricants, rising electricity prices, stronger fiscal stimulus and heightened inflationary expectations, according to preliminary estimates of the National Bank, inflation by the end of 2021 is expected to be in the corridor of 6-7%.
Experts cite the high dependence of the Baltic States, Ukraine and Kazakhstan on imports of agricultural products as the reason for such an increase in food prices. For example, thanks to policy import substitution, the share of imports from Russia decreased to 2021% by 29, and for Kiev or Nur-Sultan it is about 50%, moreover, they purchase a considerable share of food from Moscow. In Russia, prices for electricity and fuel are lower than those of its independent neighbors, while it ensures its own food security and can impose export quotas.

Here's a curious picture.
Ctrl Enter
Noticed oshЫbku Highlight text and press. Ctrl + Enter
We are
Peace enforcement operation. Russia inflicts a preemptive strike on Kiev
“The dark August night came the one whom the Ukrainians were waiting with horror”
Reporterin Yandex News
Read Reporterin Google News
Ad
We are open to cooperation with authors in the news and analytical departments. A prerequisite is the ability to quickly analyze the text and check the facts, to write concisely and interestingly on political and economic topics. We offer flexible working hours and regular payments. Please send your responses with examples of work to [email protected]
13 comments
Information
Dear reader, to leave comments on the publication, you must sign in.