Has global warming on Earth reversed? 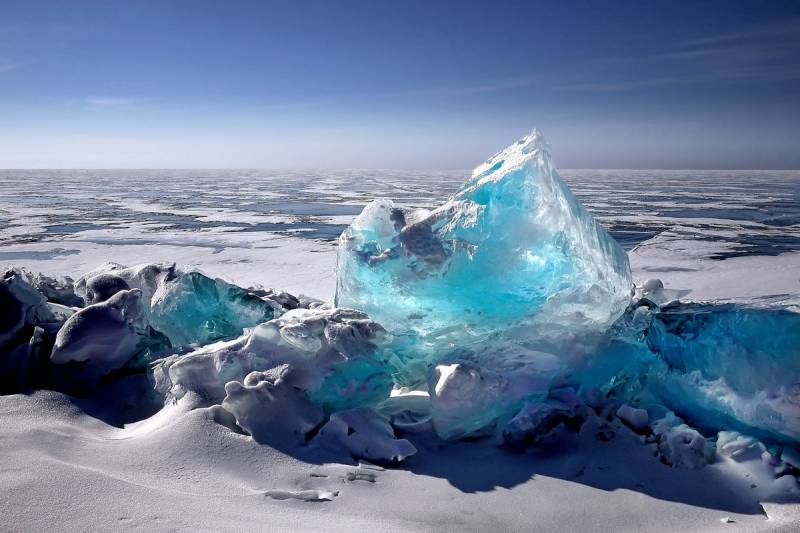 A few days ago, specialists from the Phobos Meteorological Center сообщилиthat the coming winter of 2021-2022 could be abnormally snowy and cold. The average height of snowdrifts will be 25% higher than the norm, and in some places by 50%. The Arctic cold will reach even the Russian South. It sounds rather unpleasant and gloomy, but is the devil as scary as he is painted?

As the reason for such an expected snowy winter, meteorologists call the rather unusual behavior of the Arctic region. For the first time in many years, the polar ice not only did not reduce its area, but even increased it! One gets the impression that nature has changed its mind, and global warming on the planet has taken a pause so far. A giant ice cap over the Arctic Ocean will form a powerful circumpolar vortex, which will push cold air masses further south, and will also lead to an intensification of their east-west transport. This will lead to noticeable weather anomalies.

So, already now, in the first half of October, snow and blizzards have arrived as uninvited guests in Chukotka, Yamal, Taimyr, in Tomsk, Orenburg and Kemerovo regions, in Bashkiria and the South Urals, in the north of the Russian Far East. The traffic is hampered, in a number of regions even flights and school hours had to be canceled. It sounds, frankly, not too positive, but is it really that bad when there is a lot of snow in winter? If you think about it, its absence is a much bigger problem.

Why is a snowless winter so dangerous?

Let's remember the penultimate winter, which was distinguished by freezing temperatures and an unusually small amount of snowfall. And how many problems she brought us ...

At first, low rainfall in winter led to the fact that rivers and reservoirs were half full in spring. For the Russian Crimea, where water supplies have long been cut off by Ukraine, this has created a huge problem. Against the background of hot weather, the reservoirs of the peninsula showed the bottom, and the authorities of the region almost ordered prayers, trying to bring rain. I had to introduce norms of water consumption for several hours a day.

Secondly, the general lack of water in rivers and other water bodies, caused by the absence of snow cover in winter, always leads to a shortage of water for agriculture, as well as to the complication of a fire hazard in forests. Trees and shrubs are dry and easily ignited. Dry rivers become unnavigable, and fish die en masse in water bodies.

Thirdly, it is difficult to imagine something more dangerous for the harvest than the absence of snow cover in the fields and gardens in severe frosts. Snow is a natural insulation, and in the absence of it, the planting simply freezes out.

It turns out that it is not so bad if there is a lot of snow in winter. In case of severe cold, which are predicted by the specialists of the Phobos center, the snow cover will cover agricultural plantings and protect them from the icy breath of the Arctic. However, unfortunately, each medal has its own downside.

Why is a snowy winter dangerous?

The downside of a winter with extremely heavy rainfall is the risk of flooding. Powerful streams of water in spring can lead to floods and flooding of large areas, causing significant economic damage. Due to icing, wires can break, and even power transmission towers can fall. One-meter-long snowdrifts formed on the roads are becoming a big problem for motorists and road utilities.

The abnormal amount of snowfall in winter, including wet ones, will make it difficult for solar panels and wind turbines. The surplus of water in reservoirs will have to be addressed by dumping its surplus, which can become a problem for those who are located downstream, as the risk of flooding increases.

It turns out that a snowy winter is not so terrible if you are prepared for it in advance. On the contrary, it is even more preferable than a winter with little snow, if there was an opportunity to choose. But this makes high demands on the quality of the housing and communal services and road facilities in the Russian Federation. The coming winter will show how much they will correspond to them.
Ctrl Enter
Noticed oshЫbku Highlight text and press. Ctrl + Enter
We are
“With Russians it’s worth playing fair or not playing at all”
Where is Russia going?
Reporterin Yandex News
Read Reporterin Google News
Ad
We are open to cooperation with authors in the news and analytical departments. A prerequisite is the ability to quickly analyze the text and check the facts, to write concisely and interestingly on political and economic topics. We offer flexible working hours and regular payments. Please send your responses with examples of work to [email protected]
6 comments
Information
Dear reader, to leave comments on the publication, you must sign in.