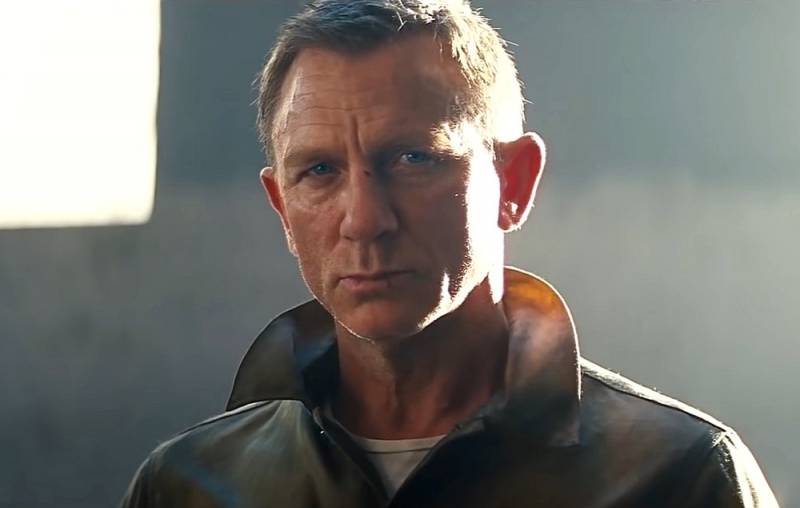 The 25th film about British super-spy James Bond, entitled "No Time to Die", has been released on wide screens. Contrary to the name, the creators decided to kill their main character, who brought them a total of about $ 7 billion for the entire "Bondiana". Why did the British entrust an American director to slaughter the chicken that consistently brought them golden eggs? And most importantly, what are the global trends in culture, society and policy means the symbolic death of Bond, James Bond?


We will not talk about the plot of the last "Bond", whoever needs it, he goes and looks. Naturally, there is a lot of action, cool surprise cars, spy gadgets, beautiful women, archetypal villains and English humor. What distinguishes the film from all the previous ones is that this time the commander did not manage to get out of the water. And this leads to certain thoughts, rather serious ones, which give us reason to do not a movie review, but to talk about general modern trends in the West.

The symbol of the "Old" world

Why did the unexpected death of Bond under the blows of missiles from a British destroyer become like a blow to the head with a dusty sack? Yes, because this collective character of the super agent was originally based on his exclusivity and invulnerability.

Bond, James Bond is a symbol of "white", aristocratic Great Britain with its invariable accessories of success in the form of luxury cars, yachts, business suits, watches and other attributes of high society. The arsenal of the movie super-spy was the best advertisement for the British intelligence services and at the same time for the Royal Navy, where he had the rank of commander. We also note that along with Bond in the last film, his colleague in a dangerous craft from the CIA and a former US Marine named Felix Lightyear died. We will talk about this in more detail later.

Cinema is a mirror reflecting all the problems of modern society. For quite a long time in the West, against the background of the policy of so-called political correctness and tolerance, there has been a process of active promotion of the rights of national minorities from among visitors from Africa and the Middle East. In this case, it comes to a frank substitution of real historical characters. For example, in 2012, the Finnish Marshal Gustam Mannerheim, an ethnic Scandinavian, was played by a black actor from Kenya, Telly Savalas Otieno. In 2021, the black actress Jodie Turner-Smith played Queen Anne Boleyn in the British miniseries. The role of one of the maids of honor and mistress of King Henry VIII, Madge Shelton, went to an Englishwoman of Brazilian descent Thalyssa Teixeira.

This trend has reached Bond. The creators of the series first decided to make CIA agent Felix Lightyear black in the movie Never Say Never, played by Bernie Casey. The second and last African American in this role was actor Jayfrey Wright, who came to Bond with Daniel Craig and completed this epic with him.

As for Craig himself, many fans of films about the British super spy considered him the least suitable for this role. The 25th Bond was to be his last. The main intrigue was who would replace him and lead Bondiana into the new century. Movie theater chain ODEON conducted a survey, and most viewers said they would like to see a black actor Idris Elba in the role of Commander. There were rumors that the producers were considering his candidacy, but they were not confirmed. We never saw a native of Africa in a tuxedo and a pistol. The reality turned out to be even more disruptive.

Here I would like to make a small digression, remembering another film saga, which was forced to transform significantly under the influence of public opinion in the West. This is, of course, the famous Game of Thrones.
Beginning as a film adaptation of George Martin's works close to the original, the series eventually turned into a manifesto of ardent feminism, where strong women rule the world. How real is this in the world of the "Middle Ages" is a big question, but who is interested in plausibility in such cases? The main thing is a slogan and a political declaration.

And what do we see in Bondian? Black Felix Lightyear is killed first, but his place is symbolically taken by a new CIA operative of Spanish-Cuban origin. She was played by the pretty actress Ana Celia de Armas Caso. With Bond it turned out quite tragic. The producers decided not to replace him with another actor, but simply killed him, clearing a place for the new agent 007. It turned out to be a black spy Nomi, played by British actress of Jamaican origin Lashana Rasheda Lynch. James himself died heroically, once again saving the world, now at the cost of his life, causing fire on himself.

So what we see. The BLM movement and feminists have become such a powerful force in the United States and the United Kingdom that under their pressure, direct or indirect, the creators of Bond chose to “zero” the symbol of the “white” aristocratic Great Britain, replacing it with a dark-skinned female super-agent from among migrants, at the same time replacing a black CIA agent with a Hispanic woman. When you consider that the 25th film in the series is directed for the first time by a Japanese American, that might explain a lot. By the way, according to some signs, we can assume that in the next episodes, the new 007 will still prefer women. And this is also a very symbolic nod to the LGBT movement, since it is “modern” and “fashionable”.

However, it is worth mentioning one rather interesting storyline concerning the mistress and French daughter of Bond. Not a single film about the famous Englishman has ever had so much screen time devoted to communication in a foreign language, especially in French. There is a certain hint and semantic subtext that everyone will understand in their own way.
Ctrl Enter
Noticed oshЫbku Highlight text and press. Ctrl + Enter
We are
“With Russians it’s worth playing fair or not playing at all”
Where is Russia going?
Reporterin Yandex News
Read Reporterin Google News
Ad
We are open to cooperation with authors in the news and analytical departments. A prerequisite is the ability to quickly analyze the text and check the facts, to write concisely and interestingly on political and economic topics. We offer flexible working hours and regular payments. Please send your responses with examples of work to [email protected]
37 comments
Information
Dear reader, to leave comments on the publication, you must sign in.