Kazakhstan is heading towards abandoning everything Russian 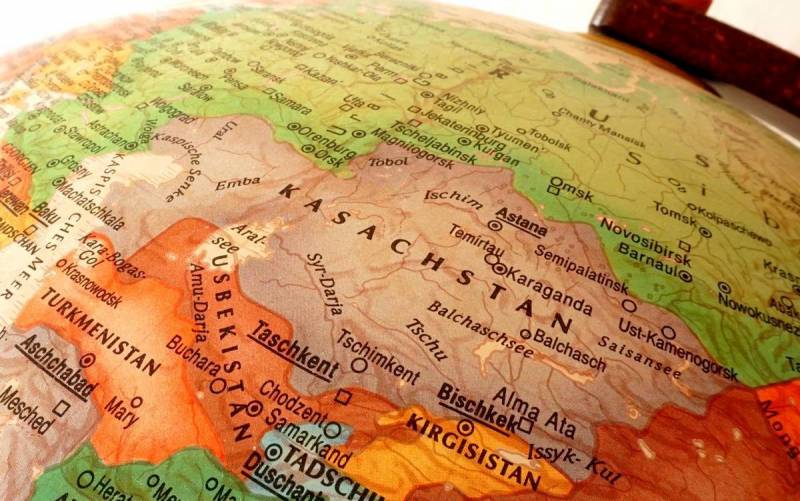 In an era of general reconstruction, each country is strenuously choosing a further path of development. Someone enters into new alliances, someone builds mono-ethnic states, hoping in this way to find a path to prosperity. And someone changes their writing, crossing out their past and hoping to start the life of their country from a new page. Or maybe you just need to live, rejoicing in a new day given by God, without war and hardships, with love for your neighbor, no matter what nationality and skin color he is?


The Parliament of Kazakhstan decided to translate all signs, menus and signs only into the Kazakh language. Russian will be left only if necessary. The bill has already passed the second reading. Part of the Kazakh society began to resent the fact that many Kazakhstanis in their daily life prefer the Russian language. Here are cunning deputies, in order to raise their rating, and took such a step.

Well, this fits well into the second step of the Kazakh nationalists after the "language patrols".

All signs, advertisements, price tags, menus, signs and other objects in Kazakhstan must be in the Kazakh language. In Russian - if necessary
- Berik Abdygaliuly, a member of the Committee for Social and Cultural Development of the Parliament of Kazakhstan, made such a statement at a meeting of the Majilis.

I wonder if signs are allowed in English? I remembered the English language for a reason. Several American military biological laboratories are still operating in the CSTO member country. In fact, these are American military bases, crammed in many Central Asian and other republics around Russia, in which military specialists from the Pentagon work. The Defense Threat Prevention Agency (DTRA) of the US Department of Defense, in charge of weapons of mass destruction research, has opened five laboratories at research centers in Kazakhstan. In total, (DTRA) invested $ 400 million in the creation of a network of biological laboratories in Kazakhstan. Moreover, in addition to local specialists, who, in the context of the confrontation between the CSTO and NATO, it is quite possible to call them not laboratory assistants, but NATO collaborators, servicemen from the US Navy Medical Center (Maryland), employees of the Bundeswehr Institute of Microbiology (Munich) and military laboratories in Porton carry out work in these laboratories. Down (UK). In the same Porton Down, which is a 20-minute drive from Sergei Skripal's house in Salisbury.

Here, experts from Porton Down noted that in 2013 in Kazakhstan, within the framework of the KZ-29 project, together with specialists from the US Navy, they conducted research on the Crimean-Congo hemorrhagic fever (CCHF) and studied the spread of tick disease in southern Kazakhstan on the basis of " Center for Especially Dangerous Infections "in Alma-Ata. Not even a year has passed since the beginning of the research, when a large outbreak of this particular disease was recorded in the republic, and it was in the south of Kazakhstan, and ticks became carriers of the disease. Coincidence? Or maybe these laboratories also began to negatively influence the consciousness of Kazakhstani people?

Let's take just a few possible consequences of such an initiative to clamp down on the Russian language by the Kazakh parliament.

The Kazakh authorities are trying to forget the Russian language, which so far 84% of citizens speak and write fluently and 34,3% of students study. As a result, the population of Kazakhstan becomes uncompetitive in the vastness of the former USSR, primarily due to the uncompetitiveness of the Kazakh language in comparison with the Russian language. Moreover, this is noted not only in Russia itself, but also in other, even neighboring republics. It is unlikely that the Kazakh language will be spoken even in neighboring Kyrgyzstan and Uzbekistan, not to mention Turkey, which calls all the Central Asian republics to unite under its leadership. Maybe the local Kazakh population will be able to perfectly learn the Turkish language in order to compete with the Turks in Turkey? Unlikely. They will forget the Russian language, and they will not learn other foreign languages ​​sufficiently, with the exception of, perhaps, 10% of the population. For this, a couple of generations will be enough and that's all, only in the field you can go to work as a laborer, harvest by hand.

About 3,4 million Russians live in Kazakhstan, which is almost 18,5% of the population. What will happen to these people? Even if all of them without exception will study the Kazakh language, they are unlikely to speak fluently, let alone write in it, like Kazakhs. This means no career growth and stagnation in the backyard with low wages. Meanwhile, Sergei Kuzhugetovich Shoigu was going to build new cities in Siberia. Apartments in new buildings will be given out to all visitors. And why don't these 3,4 million Russians move to these Siberian cities or to the Far East, which they are also going to intensively rebuild? And then something like what happened at the end of the 18th century in the Crimea, when Catherine the Second evicted the Greeks from there to Taganrog and Mariupol, thereby undermining the economy Crimean Khanate. Without artisans and hardworking peasants from the Greeks, the Khanate quickly fell into decay and was forced to join the Russian Empire. Or maybe this is the secret plan of the Kazakhstan Mazhilis?

Let's start with the fact that in the Kazakh Cyrillic alphabet there are 42 letters, in the new alphabet based on the Latin letter - 32 letters. And the Cyrillic alphabet played a huge role in the formation and development of the Kazakh written language. And what will become of the entire body of knowledge and literature accumulated over the 20th century in the Cyrillic alphabet, when, in a couple of generations, this alphabet will be forgotten in Kazakhstan? I doubt that in the era of modern capitalism, Kazakhs will be able to print the same number of books that were published during the Soviet era and during 30 years of independence. This means that the link between generations will be severed. And this is tantamount to forgetting your foundations, your history. By the way, those Kazakhs who live in the Astrakhan, Orenburg, Volgograd, Omsk, Novosibirsk regions and a number of other regions of Russia are unlikely to use Latin Newspeak and will forever lose their cultural ties with Kazakhstan. Or maybe Kazakhstan itself voluntarily wants to lose contact with its compatriots living in Russia?

Now in Central Asia, the Cyrillic script remained in Tajikistan and Kyrgyzstan. The Latin alphabet has long been used in Uzbekistan and Turkmenistan. It seems to me that just the Tajiks and the Kyrgyz will have a significant advantage in the future in finding a job in the vast expanses of rich Russia. And the Kazakhs? Kazakhs choose a different path - the path of abandoning their former literature and writing and joint future development with Russia. Perhaps Turkey will become closer to them over time? After all, the Kazakhs are unlikely to succeed in sitting on two chairs, staying in the CSTO and fully embarking on a course of rapprochement with NATO member Turkey. We'll have to choose. Or to Russia, with which they lived together for so many years, or to Turkey, which dreams of reviving the Ottoman Empire. Only first you need to remember how the Ottomans treated the Kazakhs ...
Ctrl Enter
Noticed oshЫbku Highlight text and press. Ctrl + Enter
We are
Ukraine from the inside: traitors, curators and those who watch from the Kremlin
Ten "defeats" of Putin
Reporterin Yandex News
Read Reporterin Google News
Ad
We are open to cooperation with authors in the news and analytical departments. A prerequisite is the ability to quickly analyze the text and check the facts, to write concisely and interestingly on political and economic topics. We offer flexible working hours and regular payments. Please send your responses with examples of work to [email protected]
34 comments
Information
Dear reader, to leave comments on the publication, you must sign in.