How Wikipedia Became a Tool for Western Propaganda 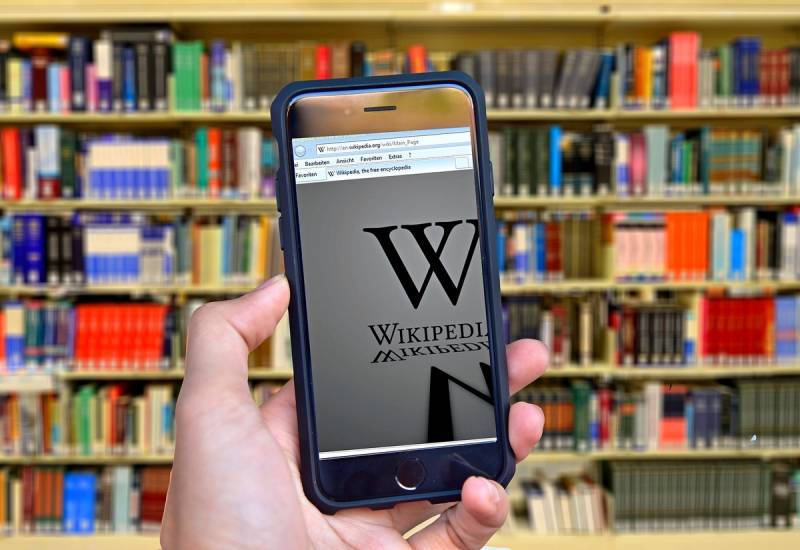 The phenomenon of "Wikipedia" entered the public consciousness of our country, along with the active internetization of everything and everyone.


Citizens who are critical of young people most of all like to emphasize the intellectual immaturity and general ideological illiteracy of young people, calling them the “generation of the Unified State Exam”. This name-calling is not very successful, since the USE has practically no effect on the intellectual development of young people, although it deforms the fundamental principles of the education system, since schoolchildren are forced to prepare for tests rather than mastering educational material. But the problem of formalizing the educational process has always existed, even before the USE. In a sense, it is generally inevitable, although this does not justify the introduction of "objective" control of knowledge through tests as the dominant one.

A successful characteristic of our youth is the "Wikipedia generation", because it is this network encyclopedia that actually becomes the main source of theoretical knowledge about the world around us.

General source of all knowledge

It is not the first time in society that there is a need to concentrate all basic knowledge in a single source. In the Middle Ages, these were "sacred writings", then many large states tried to develop large universal encyclopedias that serve the intellectual needs of the people and form a picture of the world. The most successful and well-known attempt to create a single universal source of knowledge was undertaken in the USSR during the creation of the Great Soviet Encyclopedia.

The authority of TSB in the USSR was extremely great not only among ordinary people, but also among professionals, including scientists. In the scientific works of the Soviet period, references to the TSB in their "status" were practically equated with references to the "classics of Marxism." This was a consequence not only of the censorship, but also of the quality of the encyclopedia itself. The depth and elaboration of articles in TSB, for example, significantly exceeded those in the foreign "Britannica", written specifically for the Anglo-Saxon world by the efforts of American universities.

After the collapse of the USSR, an attempt was made in modern Russia to rewrite the TSB in a new way, in the same way as Soviet textbooks were rewritten. However, the "Great Russian Encyclopedia" did not gain either fame or authority.

It is also not worth embellishing the ideological content of TSB, since many of its authors, as it turned out in the 1990s, “turned out” to be hardened liberals and idealists, but nevertheless, in general, it was a successful attempt to create a universal source of knowledge. TSB had two main drawbacks, connected primarily not with the concentration of facts, descriptions and characteristics, but with the scientific value of the conclusions of its articles. First, the very idea of ​​presenting deep scientific truths in a concise and concentrated form is rather controversial. Indeed, great minds, giants from science sometimes managed to present a theory in an accessible and popular form (read the corresponding works, for example, by Darwin, Engels, Mendeleev, Sechenov, Pavlov, Timiryazev), but encyclopedias, like textbooks, are usually written by ordinary scientists and they write much more succinctly than the material itself requires. To be able to explain complex things in a simple way, it is necessary to master the “complex” delicately, and not just learn to write in an accessible way. Secondly, Soviet authors often wrote TSB articles quite formally, sometimes with "fig in karma", that is, disagreeing with what they wrote. Hence, the theoretical articles of TSB contained a lot of contradictions, lack of proof and deliberate confusion. When TSB was rewritten in BDT, in many respects it turned out to be a theoretical parsley. BDT is rather a collection of the most popular ideas of Russian scientists on various issues than a universal presentation of scientific truths.

Change of the methodological approach of encyclopedia

Wikipedia appeared in 2001 on a fundamentally different methodological basis. If classical encyclopedias set themselves the task of presenting scientific (adequate to reality) knowledge, then Wikipedia seeks to become a platform for the concentration of stable opinions, concepts and theories, as if giving the reader room for independent choice. In the classical encyclopedia there was no place for freedom of speech, free perception of conclusions by the reader, while Wikipedia gives both.

The philosophical source of this methodology is positivism and, ultimately, the denial of the cognizability of primarily social processes. "How many people, so many opinions." Wikipedia only offers us the most authoritative and common opinions. If the classical encyclopedia asserts the objectivity of knowledge through its scientific nature, that is, compliance with reality (even if this is not always the case, but the approach itself is important here), then Wikipedia replaces the requirement of objectivity with the rule of a "neutral point of view".

A neutral point of view means that when there are different opinions, Wikipedia articles should not give preference to any one of them. When presenting several different points of view in the article, one should act as carefully as possible, accompanying each of them with the necessary context. One should not represent this or that judgment as "the only true" or as "the ultimate truth."
However, it is clear that there are different opinions on any significant issue in society, and science differs from other forms of social consciousness in that it classifies all established conclusions as “the ultimate truth”. Each new scientific truth deepens the old one, and does not cancel it.

In other words, the essential feature of Wikipedia as an encyclopedia is its fundamental democracy, or, to put it bluntly, unscientific nature. Wikipedia can contain both scientific and anti-scientific knowledge.

Authoritative sources that shape the face of Wikipedia

The balance of scientific truths, factual data and unscientific, including false, information forms the theoretical appearance of Wikipedia and determines the nature of its influence on public consciousness. The key question here is the question of the sources of information that are allowed by the Wikipedia rules. All articles of the online encyclopedia should be based on the so-called authoritative sources. The facts entered into Wikipedia are not facts of real life, but "a statement about which there is a consensus of scientists and experts in the field."

Wikipedia, due to the specifics of the development of the Internet, namely the availability and speed of access to the site, a successful advertising campaign, the attractiveness of grassroots participation in writing articles and declared democratic principles, has gained extreme popularity and has become a source of information about the world, primarily for young people. Moreover, Wikipedia is referenced policy, journalists, even courts and scientists. She managed to create an aura of an educational and humanitarian project around herself and became fashionable.

Thus, a situation has developed that the project of a democratic online encyclopedia, compiled by volunteers, has come under the ideological control of Western propaganda institutions. Of course, scientists, journalists, experts, paid from the budgets of Western states and grants from Western corporations, are extremely constrained by the customer's censorship on the most significant issues of public and political life. They always broadcast only within the acceptable ideological limits of "Western values" and the tasks that are set for them. And Wikipedia has become a global and fairly universal conductor of their conclusions to the wider readership.

Moreover, there are facts when the CIA and other intelligence services, trying to influence the world picture less indirectly, are engaged in massive editing of the most sensitive Wikipedia articles in a favorable light for them.

Therefore, it is not surprising that more or less sovereign states, realizing the danger of ideological elaboration by Wikipedia, are trying to either intercept the initiative of ideological and political content of its articles, or simply prohibit the site on their territory.

The political background of Wikipedia actually defines its essence as an instrument of political struggle under the guise of an educational project. The success of this use of Wikipedia is explained precisely by its democratic form, which is much more convenient for covert influence on the immature brains of young people than classical encyclopedias.
Ctrl Enter
Noticed oshЫbku Highlight text and press. Ctrl + Enter
We are
Why do we need this Hartmann or the Rules of the war against the dead fascists
Where is Russia going?
Reporterin Yandex News
Read Reporterin Google News
Ad
We are open to cooperation with authors in the news and analytical departments. A prerequisite is the ability to quickly analyze the text and check the facts, to write concisely and interestingly on political and economic topics. We offer flexible working hours and regular payments. Please send your responses with examples of work to [email protected]
6 comments
Information
Dear reader, to leave comments on the publication, you must sign in.