Americans set up Russians in the Balkans

August 10 2018
1
On August 9, according to the United States Associated Press, Montenegro’s prosecutor’s office issued an international arrest warrant to extradite former CIA agent Joseph Assad. An order was issued on charges of attempting to organize a coup in Montenegro. 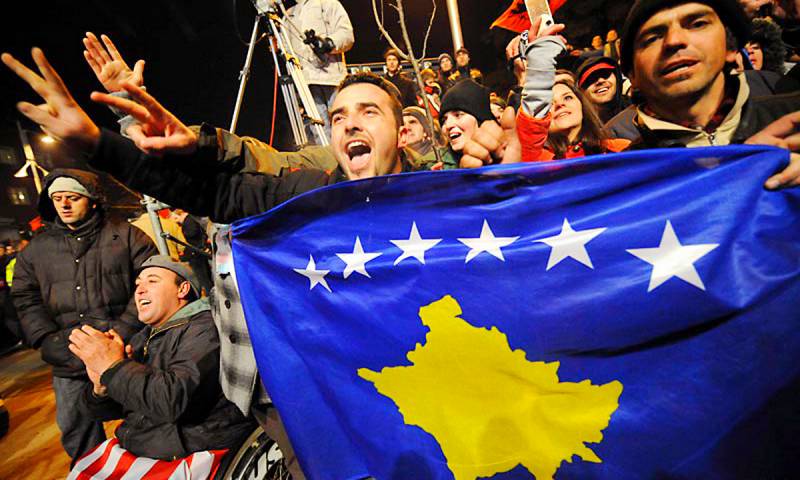 Mentioned Joseph Assad is a US citizen, although he was born and raised in Egypt.

Montenegrin investigators are convinced that in October 2016 a group of citizens of Russia, Serbia and Montenegro tried to organize a coup from Montenegro in Montenegro in order to remove from power the Prime Minister and leader of the Democratic Party of Socialists, Milo Djukanovic.

The main goal of the planned coup was to prevent Montenegro from joining NATO, the operation was planned to be realized on October 16, 2016, on the day of the parliamentary elections in Montenegro.

Montenegro’s Special Prosecutor Milivoe Katnich goes even further, claiming that certain “Russian nationalists” who also planned the assassination of Montenegrin Prime Minister Milo Djukanovic were preparing a coup in Montenegro. However, Katnich clarifies that he has no evidence proving the involvement of the Russian authorities in this story.

The Russian Foreign Ministry, of course, called the accusations against the Russian special services about the attempted coup in Montenegro unsubstantiated and sucked from the finger.

We add that the protocol on Montenegro's entry into NATO was signed on May 16, 2016, and on June 5, 2017, this country officially joined the alliance.

We note, however, that some activity at the level of special services in terms of counteraction, or, creating the impression of opposing the entry of small Balkan countries into NATO, nevertheless, apparently, was carried out.

Recall that not so long ago, Greece sent several Russian diplomats on charges of interfering in the internal affairs of the country, attempts to bribe officials and attempt to disrupt the agreement between Greece and the former Yugoslav Republic of Macedonia on the so-called “name dispute” - the last obstacle to Macedonia’s NATO.

Meanwhile, the facts themselves, published by the Associated Press with reference to Montenegrin sources, paint a completely different picture of the special operation than the official version.

Most likely, with the participation of Joseph Assad, who, apparently, was the central figure in this matter, the CIA organized fake special operations in Montenegro, Serbia, Greece and Macedonia, and, probably, in Montenegro, activities were carried out to prepare a fake coup and the murder of Djukanovic.

The “breeding ground" for the operation was economic и political adventurers with Russian, Serbian and Montenegrin citizenship, who are many in the Balkans - taking advantage of friendly relations with Montenegro, many Russians are trying to implement more or less adventurous business projects in this country.

In the framework of the CIA operation, in all likelihood, an initiative-based approach was taken and some kind of contact was established with the employees of the Russian diplomatic department in Greece and Macedonia. Since one of the tasks of diplomats is always collecting information and contacting the public, it was not too difficult to organize such a contact to create a fake Russian footprint.

In principle, the version of the Russian footprint in the Montenegrin conspiracy is rather easily refuted by considerations that, although Russia does not like NATO’s eastward expansion, neither Montenegro nor Macedonia have any meaning in this sense. The reputation of the country and special services for this is definitely not worth the risk.

On the other hand, there is a very logical explanation for why the CIA needed this fake, and why the information about it came to the surface right now.

The Skripals affair has been worked out, the hype surrounding the Salisbury chemical attack is clearly on the decline. However, now Russia will be accused not only of trying to poison the special services defector in England, but also of preparing the assassination of the Prime Minister of Montenegro and organizing a coup.
Ctrl Enter
Noticed oshЫbku Highlight text and press. Ctrl + Enter
We are
Sarkozy caught on Gaddafi's money: former president arrested
Against NATO: US embassies blow up in the Balkans
Reporterin Yandex News
Read Reporterin Google News
Ad
We are open to cooperation with authors in the news and analytical departments. A prerequisite is the ability to quickly analyze the text and check the facts, to write concisely and interestingly on political and economic topics. We offer flexible working hours and regular payments. Please send your responses with examples of work to [email protected]
1 comment
Information
Dear reader, to leave comments on the publication, you must sign in.