New cities in Siberia want to build due to global warming 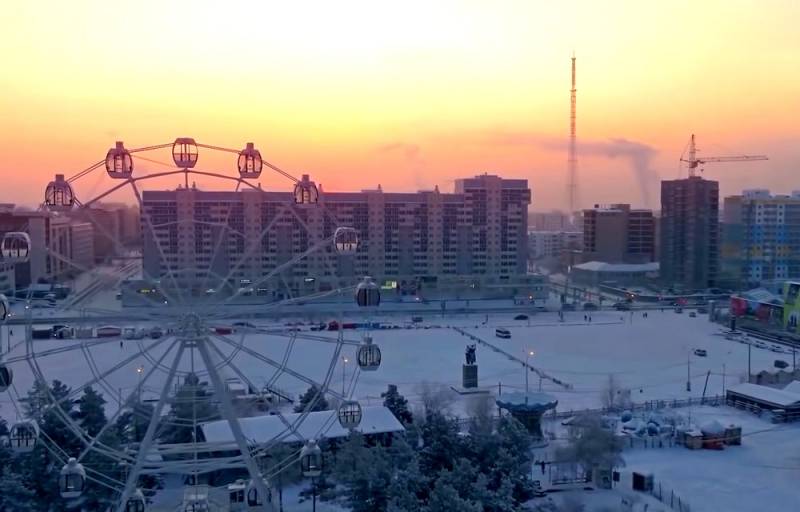 After the natural disasters that occurred this summer, few people question the global climate change that is taking place on our planet right now. All this is confirmed by scientific research.


In particular, scientists warn of an increase in average temperature by the end of the century by as much as 3,3 degrees Celsius. It should be noted that a change of even 1 degree contributes to an increase in the number of natural disasters.

In this situation, the only reassuring thing is that disasters on a global scale, such as changes in ocean currents, are unlikely. Therefore, we have time to prepare and adapt to the coming changes.

Taking into account the fact that the climate changes most of all in the northern latitudes, this process will be especially noticeable for Russia. According to Roshydromet, the most significant consequences will affect the Crimea, Stavropol Territory, Kursk and Voronezh regions - the regions will suffer more and more from drought, then from floods. At the same time, the European part of Russia, including Moscow and the Moscow region, will also suffer from these phenomena.

In this situation, the issue of food security becomes acute. After all, the aforementioned climate changes will make agriculture completely impossible in many traditional regions, destroy supply chains and cause prices to rise.

Fortunately, for our country, global warming poses not only a threat, but also an opportunity. The thawing of permafrost in the Russian Arctic makes vast areas suitable for agriculture that were previously inaccessible.

According to some calculations, by the middle of the century our Siberia may become the main granary of the planet. In this context, plans for the construction of million-plus cities there and even the transfer of the capital take on new meaning. Add to this the active development of fields in the Arctic, the construction of ships for the Northern Sea Route, the laying of underwater optical fiber and the expansion of the BAM - we get a completely logical, well-thought-out strategy.

However, all this is a matter of the future. What now? It is known that the National Plan for Adaptation to Climate Change until 2025 is currently being worked out. Consequently, our government is already clearly aware of the seriousness of the problem and is doing everything necessary to resolve it.

Ctrl Enter
Noticed oshЫbku Highlight text and press. Ctrl + Enter
We are
Dangerous "game of God": billionaire Bill Gates intends to "cover" the Sun
What is more profitable: mortgage or apartment rental?
Reporterin Yandex News
Read Reporterin Google News
Ad
We are open to cooperation with authors in the news and analytical departments. A prerequisite is the ability to quickly analyze the text and check the facts, to write concisely and interestingly on political and economic topics. We offer flexible working hours and regular payments. Please send your responses with examples of work to [email protected]
3 comments
Information
Dear reader, to leave comments on the publication, you must sign in.