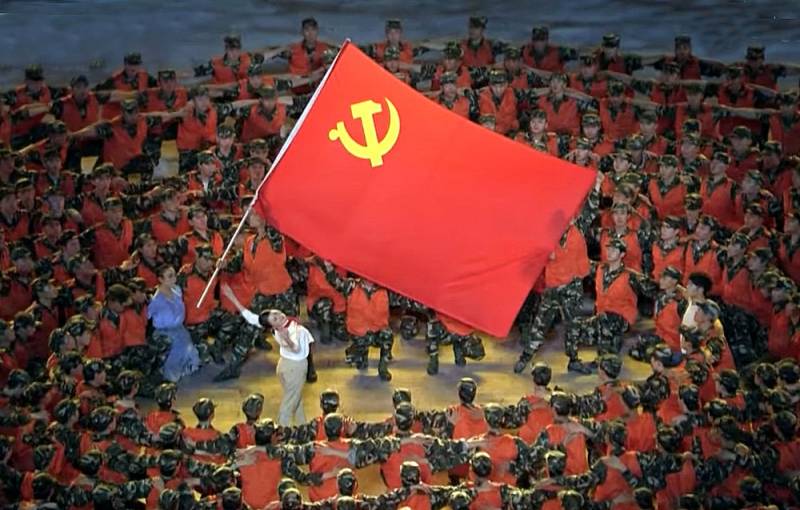 China has adopted an "unprecedented totalitarian" law "On the fight against waste of food."


In 2020, Chinese President Xi Jinping, among other things, noted that “the phenomenon of food waste is terrifying and upsetting”, that “legislation needs to be strengthened, supervision strengthened, effective measures taken, a long-term mechanism established and decisively suppressed food waste. It is necessary to step by step strengthen propaganda and education, effectively instill the habit of moderation and economy in food, create an atmosphere of shame in society for squandering food and pride in saving ”.

As the saying goes, “the leader said - the party did it”: in 2021, an unprecedented law “On the fight against food waste” was born, unprecedented in the world experience. Of course, in small countries with a traditional way of life there are many strange and even eccentric laws and regulations, but for a large country with a gigantic population, such in-depth regulation of consumption is a unique thing.

After the collapse of the USSR and the socialist camp, the collective West is gradually abandoning the ideology and practice of the "welfare state". Although the Nordic countries, microscopic in terms of population, maintain a high standard of living, the flagships of the Western world - the United States, Canada, France, Germany and England - have been gradually phasing out the practice of "general welfare" since the mid-1990s. Roughly the same thing is happening in the Asian "tigers" controlled by the USA and England - South Korea, Japan, Singapore and Taiwan. Institutions of social support and regulation created in the post-war years economics still exist, but the effectiveness of their redistribution policy decreases. Therefore, every year there are hundreds of strikes, dozens of rallies and pogroms.

Whereas in China, on the contrary, the construction of the so-called moderately prosperous society is in full swing. In 2021, Chairman Xi declared that poverty had been eradicated in China by the centenary of the CCP's founding. But seeing that in the West the policy of "general welfare" has led, among other things, to the problem of obesity of the population and monstrous waste of food (according to some reports, in the United States, up to 30% of food is thrown into the trash heap by the "middle class"), the CCP is trying to regulate the consumption of the population.

But it's not just about the fight against extra pounds.

Prodigal has no place in the coming war

In general, communist ideology is characterized by state control not only over production and distribution, but also over consumption. From the point of view of the communists, production should be proportional and balanced (the priority of heavy industry over light and services), distribution should be based on the principle "according to work", and consumption should be "reasonable". According to the Chinese constitution, the state has a phenomenal role in society, it: disposes of the leading sector of the national economy; owns and disposes of all land; increases labor productivity and efficiency of the economy; develops the work of education, raises the scientific and cultural level of the people; develops natural and social sciences; develops healthcare, modern and traditional medicine and pharmacology; develops literature and art, print, radio and television, publishing; strengthens the construction of a socialist spiritual culture; carries out birth planning; suppresses treacherous and other criminal activities that undermine security. That is, the development of literally everything, from economics to literature, is under the control of the state and under the authority of the authorities.

Therefore, the enactment of a law regulating the consumption of food by the population is not something out of the ordinary for the Chinese society.

From the text of the law, the goals pursued by the CCP can be identified:

The law was adopted in accordance with the PRC Constitution in order to prevent wasteful use of food, ensure state food security, develop the traditional virtues of the Chinese nation, implement the key values ​​of socialism, save resources, protect the environment, and promote sustainable socio-economic development.
For the Chinese, the sequence of points always plays an important role, and here, as you can see, food security is in the first place. The CPC, in the conditions of the new Cold War, is beginning to tighten the screws, giving a signal that preparations for possible conflicts are being carried out not only through strengthening the army, navy and building up arms, but also through working out the population.

The law also looks radical in the formulation of waste itself as “the inability to rationally use products that can be safely eaten as food or drinks, in accordance with their functional purpose, including throwing away, reducing the quantity or level of quality of food due to irrational use, etc. . "

Reducing the quality of products in order to increase profits is one of the main methods of doing business in this area. Many of our people fondly recall Soviet products in accordance with GOSTs precisely because today's entrepreneurs, in pursuit of profit, deliberately reduce the consumer qualities of goods, preferring to increase the costs of bright packaging, "presentation" and advertising. The shelves of "soviet" grocery stores were significantly inferior to the shelves of modern supermarkets in appearance, but in terms of content, everything is not so simple, despite the rapid development Technology.

In China, food production is largely controlled by private business, and this law is a severe blow to it. There are already reports of hundreds of administrative cases, fines, fraud against manufacturers and even stores under the new law. Moreover, in China everything is not arranged in the same way as in the West, where disgruntled citizens are forced to hire lawyers and sue; and not like ours, when grandmothers fill up the prosecutor's office with appeals. In China, the first thing a man in the street runs to the party committee, and he already summons both directors and business owners to the carpet. And only if the party study does not give a result, the "people's prosecutor's office" and other state bodies are involved. And there, no one will understand: if the party said “repress”, then it will be so.

Moreover, the law instructs entrepreneurs to "improve the quality of food and drink supply, determine a reasonably justified volume and number of servings in food preparation in accordance with standards and regulations, provide an opportunity to choose smaller portions and other choices." Separately, there is a clause against the American experience of giant portions in restaurants: "Entrepreneurs in the catering industry have no right to persuade consumers or mislead them into ordering excessive amounts of food."

Now, when ordering food at home in China, you may be refused, if you order too much for a consumer, the law regulates this too. It has now become illegal to overeat at weddings, funerals and anniversaries, which has always been a tradition for many Chinese people. Demonstration of gluttony on TV and in films is also prohibited. For violation - up to the closure of a channel or studio.

It is not yet clear what this practice is, but the law imposes on the local authorities the duty of "combating ostentatious waste and encouraging civilized and economical holding of events and creating an atmosphere of shameful waste and honorable economy."

The life of ordinary Chinese people will change

Of course, ordinary citizens, who are obliged to “cultivate civilized, healthy, rational and environmentally friendly ideas about consumption and when eating outside the home, order and take a reasonable amount of food in accordance with the state of health, dietary habits and the needs of an individual in food. The family is obliged to cultivate and form positive habits that are scientifically healthy, aimed at the maximum possible use of things and prevention of waste, and to acquire, store and prepare food in accordance with the actual needs of daily life. "

There is no doubt that this law will somewhat change the lifestyle and way of life of the Chinese. In China, since the time of Mao, there have been many experiments of state intervention in the sphere of personal and family life, the Chinese are accustomed to obeying the party and the government.

Despite the resonance of the law, its general message seems to be at least interesting. And most importantly, the approach used by the CCP is strikingly different from the hypocritical Western movement for the environment and rational consumption, when in high society they go with bags for the "green planet", and a third of the population is thinking how to make money in order to eat at McDonald's.
Ctrl Enter
Noticed oshЫbku Highlight text and press. Ctrl + Enter
We are
Ukrainian fascism: How to make a “herd of sheep” from any nation in 55 days
Where is Russia going?
Reporterin Yandex News
Read Reporterin Google News
Ad
We are open to cooperation with authors in the news and analytical departments. A prerequisite is the ability to quickly analyze the text and check the facts, to write concisely and interestingly on political and economic topics. We offer flexible working hours and regular payments. Please send your responses with examples of work to [email protected]
5 comments
Information
Dear reader, to leave comments on the publication, you must sign in.