Harvest death: what threatens Russia with this?

August 4 2018
3
A high crop in 2017 provided Russia with relatively inexpensive wheat. But this year it is already clear that wheat yields will be about 20% less than last year. Good is not enough, since wheat prices in the domestic market and its export abroad depend on the level of the crop. Already, wheat prices have risen significantly. For example, in the last week of July alone, the price of Russian soft wheat (12,5% ​​protein) in southern ports rose from $ 207 to $ 216,5 per ton. 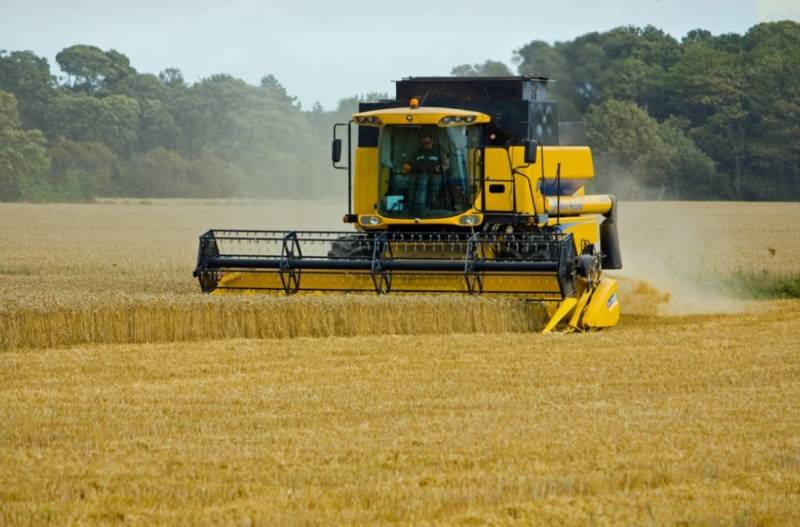 Bad crops are due to weather conditions. The summer of 2018 turned out to be unusually hot in Russia. The worst situation is in the “granary” of the country - in the Southern Federal District and in the North Caucasus, where droughts occurred due to very high heat and then heavy rainfall occurred with hail that damaged wheat. In Crimea, Kalmykia, the Volgograd region, an emergency regime was generally introduced in connection with the death of wheat in the fields. The situation was not in the best way in the south of Siberia, including in the Altai Territory, Novosibirsk, Omsk and Kemerovo Regions. But here the cause of the crop failure was not drought, but waterlogging of the soil.

Thus, this year all the main agricultural regions of the country suffered from the natural disasters. The likely consequences are rising wheat prices, declining exports, and financial difficulties for agro-industrial companies. The companies involved in the collection of berries and pine nuts in South Siberia also suffer losses. Already now regional publications report that in the Siberian regions there is a crop failure of berry crops.

Due to crop failure, Russia will have to export 18% less wheat this year than in 2017. Most likely, from July 2018 to June 2019. our country will be able to supply only 44,8 million tons of grain to the world agricultural market, while last year Russia exported 54,4 million tons of grain. The decline in export opportunities will inevitably affect the position of the domestic agricultural industry. The government says that there are no reasons for the rise in food prices in the country. But a low grain yield will inevitably force agricultural companies to raise prices for their products in order to cover numerous costs. However, it is still not necessary to import food from abroad, since the stocks accumulated due to the previous high harvest will allow Russia to hold out this year.

Meanwhile, not only Russia, but also the majority of European countries will suffer from crop failure this year. In some regions of Germany, for example, grain losses will amount to 70% compared to last year's crop level, and Estonia has lost up to 50% of the crop. So Russia, one might say, was lucky. Nature also struck the potato crop. As a result, all products containing it, including even chips, can go up in price. Against the backdrop of a pan-European crop failure, Russia can even make good money on the agricultural market by raising export prices for wheat.
Ctrl Enter
Noticed oshЫbku Highlight text and press. Ctrl + Enter
We are
Peace enforcement operation. Russia inflicts a preemptive strike on Kiev
How Americans destroy Russian crops for Ukraine
Reporterin Yandex News
Read Reporterin Google News
Ad
We are open to cooperation with authors in the news and analytical departments. A prerequisite is the ability to quickly analyze the text and check the facts, to write concisely and interestingly on political and economic topics. We offer flexible working hours and regular payments. Please send your responses with examples of work to [email protected]
3 comments
Information
Dear reader, to leave comments on the publication, you must sign in.