The US Army will work out an attack on China 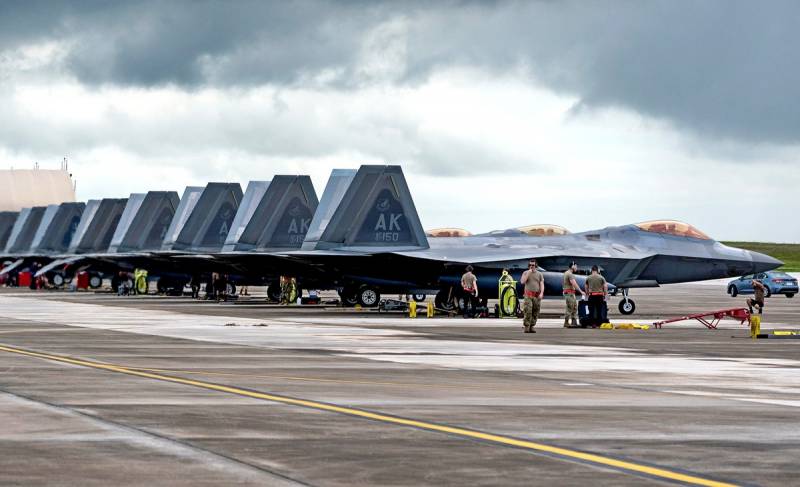 In the near future, a large-scale naval exercise of the US Navy called Pacific Iron 21 will be held in the Pacific Ocean, in which sailors from the Second, Third, Sixth, Seventh and Tenth fleets, as well as the expeditionary forces of the Marine Corps, will take part. The scale of the maneuvers and the targets directly announced by the joint command leave not the slightest doubt: the Pentagon is seriously preparing to fight for the Asia-Pacific region with China. Since the Russian Federation was also mentioned in the statement, separated by a comma with the PRC in the statement, let's pay close attention to what exactly the Americans will work out.


Pacific Iron 21 is the largest U.S. naval exercise in a generation. They will be attended by 25 thousand personnel, 30 warships and submarines, including aircraft carriers and promising unmanned ships (autonomous Littoral Connector), as well as aviation and marines. The maneuvers will begin in late summer 2021 and should be the first in a series of exercises designed to "push the boundaries of what it means to be superior to the Navy." Also, in addition to real participants, virtual ones operating remotely will also be involved in Pacific Iron 21. Fleet Commander Tabitha Klingensmith commented on the tasks as follows:

LSE 2021 will use Technologysimilar to what you see in virtual gaming environments, to expand the number of participants by virtual linking teams and units around the world, thereby increasing the number of players, real and synthetic, to better reproduce the realistic scale of the scenarios with which the Navy and Marine Corps team may face in the future.
Where does so much pathos come from? It is obvious that the United States is very stressed by the growth of the capabilities of the Chinese navy. Yes, the Americans still own the oceans, but in a particular theater of operations, in the Asia-Pacific region, they no longer have total dominance. The Chinese are building dozens of frigates, destroyers and cruisers equipped with missile defense missile systems, and another aircraft carrier for the PLA has been laid down in the PRC. It is expected that by 2025 the Chinese Navy will have seven aircraft carriers: three aircraft carriers of projects 001, 001A, 002 and four landing ships capable of receiving helicopters and VTOL aircraft. (After all, it turns out that someone needs "verticals"?). In Shanghai, a superyard is being re-equipped, which will be able to build Type 003 nuclear aircraft carriers with a displacement of over 100 thousand tons, designed to solve problems far from the Chinese coast. Literally one or two more decades, and Beijing will be able to create parity with the six AUG, which the US Navy is able to put against it in the region without weakening its positions in other directions. To what extent are such perspectives permissible from the point of view of the "hegemon"?

Obviously not, and the Pacific Iron 21 teachings are designed to show China, too late, where it belongs. The US relies heavily on its fighter aircraft and the Marine Corps, which is assigned the command of the combined force. The Navy and the ILC will jointly develop distributed operations; expeditionary forward-base operations; coastal operations in a contested environment; command and control in a contested environment. Apparently, we are talking about the liberation from the "Chinese occupation" of the disputed islands and the conduct of amphibious landings. But how to do this, taking into account the fact that the PLA Navy is already strong enough and has its own "unsinkable aircraft carriers" on the artificial islands?

To ensure air dominance of the US Navy, the F-22 stealth fighters, which the Pentagon has deployed to the island of Guam in unprecedented quantities, must be used. From air bases in Alaska and Hawaii, 25 fifth-generation F-22 fighters, as well as a dozen F-15Es, were redeployed here for the duration of the exercises, and this is in addition to the AUG carrier-based aviation. The F-22 is one of the most expensive American aircraft to manufacture and maintain, but they have already proven their combat effectiveness, showing the ability to strike independently, conduct reconnaissance and carry out target designation for groups of other attack aircraft. However, there is one important caveat.

The stealth fighter is maximally protected when it flies, but at the airbase it is simply the target of a serious foe's missiles. It is obvious that the Pentagon really fears a missile strike on their airfields from China, since they have begun conducting the so-called "flexible combat deployment" within the Pacific Iron 21. All fighters at the initial stage will be distributed at once over four airfields, three of which are located on the island of Guam, and in the future, the Air Force will practice takeoff and landing from dozens of small runways scattered around the island. To counter the PRC, American pilots will have to learn how to land and take off in the most difficult field conditions. The fact that the United States is committed to a serious confrontation with China is also evidenced by the fact that C-130J heavy transport aircraft have been transferred to Guam, which will have to promptly provide fighter aircraft with everything necessary.

This is such a potential adversary for China and ours. A good reason to think once again whether aircraft-carrying ships will be so "useless" for the Russian Navy.
Ctrl Enter
Noticed oshЫbku Highlight text and press. Ctrl + Enter
We are
Who actually won the Cold War and what the future holds for the world
Putin's departure: how to prevent the collapse of Russia's foreign policy
Reporterin Yandex News
Read Reporterin Google News
Ad
We are open to cooperation with authors in the news and analytical departments. A prerequisite is the ability to quickly analyze the text and check the facts, to write concisely and interestingly on political and economic topics. We offer flexible working hours and regular payments. Please send your responses with examples of work to [email protected]
6 comments
Information
Dear reader, to leave comments on the publication, you must sign in.