10 billion per kilometer: Russia is ready to build the most expensive highway

August 1 2018
13
In Russia, another mega-project may appear. As soon as the construction of the Crimean bridge, which is already one of the most expensive in the world, finished, the development of the Sakhalin bridge project began. Even on a prelaunch, it is estimated to be at least three times more expensive than Krymsky, skeptics predict a total cost of at least a trillion rubles. 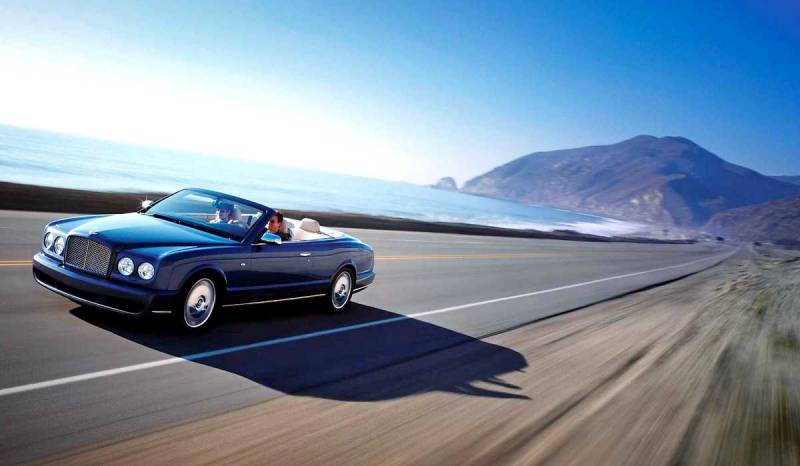 But now an unusually expensive road may appear in our country. Its length will be only 120 kilometers, and the budget is now estimated at 1,2 trillion rubles (10 billion rubles per kilometer). For comparison, 30 billion rubles were generously allocated from the budget for 6,1 constituent entities of the Russian Federation this year to modernize the network of regional roads.

This "diamond road" can be built in the Krasnodar Territory. It should connect the resort village of Dzhubga with the city of Sochi. The goal is the most noble: to reduce travel time from 4 hours to 1 hour. An unnamed federal official explained the idea:

The idea is to create the Russian Cote d'Azur, to give the south a beautiful, large highway, so that you can drive along the coast in a convertible with a breeze

With the main target audience, for which a trillion two hundred road is being built, everything is clear. The average expected speed of moving to Sochi is 120 kilometers per hour in a convertible. Moreover, for gentlemen in cabriolet travel will be free. The Governor of the Krasnodar Territory Kondratiev recognizes the high cost of the project, but insists on its vital need:

We raised the issue of building such a road at the federal level more than once, and it is very important for the Krasnodar Territory that the initiative is now being considered in detail. Our coastal territories have long deserved such a route

Is it any wonder the determination of the head of the region, since the regional budget will not be spent on the highway? It is assumed that the road will be built through public-private partnerships. However, everyone understands that the federal budget will have to make a “significant contribution”. 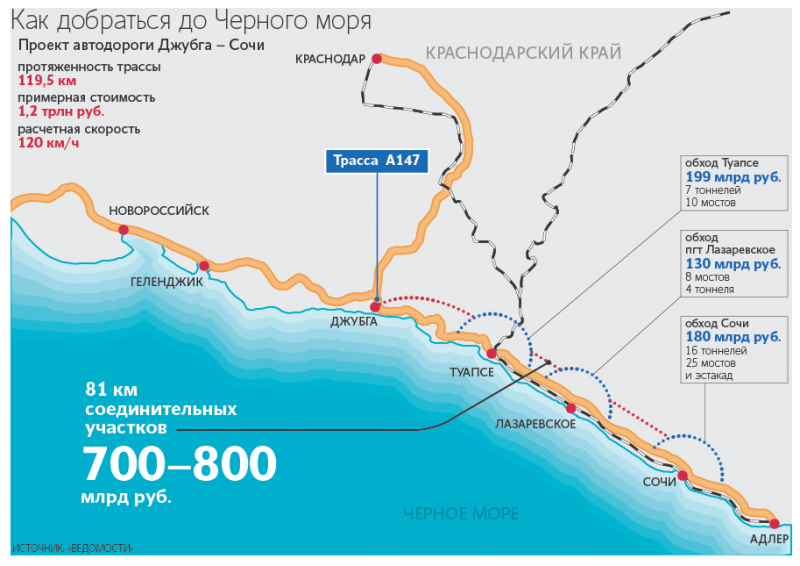 So what is going to be built there for owners of convertibles who like to ride from the resort village to Sochi with a breeze, for one trillion two hundred billion rubles? It will be a four-lane highway with two lanes in each direction, with tunnels, overpasses and bridges. A prerequisite is that it should go around major cities, apparently so as not to stand in a traffic jam in a convertible with a convertible top, breathing the exhaust gases of another vehicle.

The grandiose project will be divided into several stages. The construction of a detour around Tuapse will cost about 200 billion rubles. Bypassing the four-lane highway Sochi will cost 180 billion, another 130 billion will be needed for the village of Lazarevsky. And on the connecting sections will have to lay out from 700 to 800 billion. Corrections are also possible, of course, in a big way. Interestingly, earlier the idea of ​​the head of Chechnya to connect Grozny with Krasnodar with a high-speed highway was estimated at the same 1,2 trillion rubles.
Ctrl Enter
Noticed oshЫbku Highlight text and press. Ctrl + Enter
We are
Another trillion: In Russia will build a mega-track
13 million per meter of track: Is Krasnodar highway justified?
Reporterin Yandex News
Read Reporterin Google News
Ad
We are open to cooperation with authors in the news and analytical departments. A prerequisite is the ability to quickly analyze the text and check the facts, to write concisely and interestingly on political and economic topics. We offer flexible working hours and regular payments. Please send your responses with examples of work to [email protected]
13 comments
Information
Dear reader, to leave comments on the publication, you must sign in.