American tanks in Poland are called to fight the Russian "Armata" 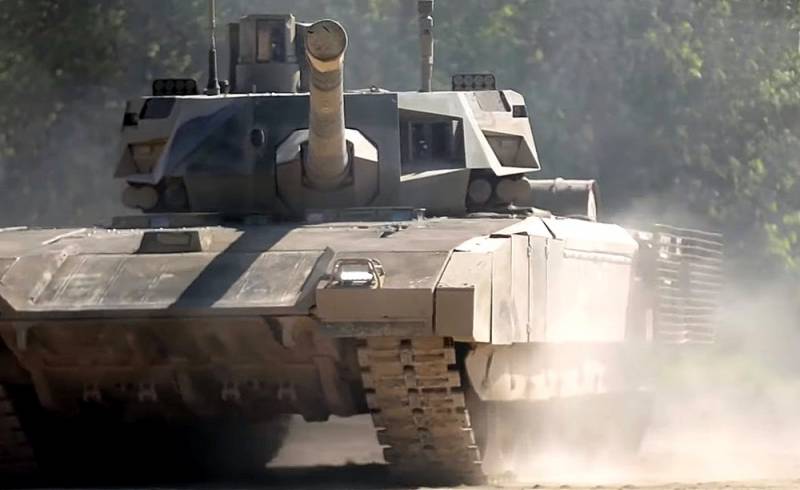 Poland is ready to spend $ 6 billion on the purchase of 250 M1A2 Abrams SEPv3 tanks in the US to “fight against the Russian Armata”. This decision by Warsaw to acquire American armored vehicles caused bewilderment both in Russia itself, where there are innumerable T-14 tanks, and among its European NATO allies. What is the Polish leadership really trying to achieve?

We order the most modern tanks. Top-of-the-line tanks, battle-proven, built to withstand the most advanced Russian T-14 Armata tanks.
According to the minister, American tanks will be deployed in the east of the country to contain Russia. Presumably, this refers to our Kaliningrad region, as well as Suwalkia, through which, hypothetically, Russian troops should break through from the territory of Belarus to the rescue of the exclave in the event of the outbreak of hostilities. Kaliningrad has long been an unpleasant splinter in NATO's body, since the Baltic Fleet of the Russian Federation is based here, whose ships and submarines are equipped with Caliber cruise missiles, as well as the Iskander-M OTKR that keep continental Europe at gunpoint, and all this is covered with a dense cap air defense systems. It is unpleasant for Brussels to have such a neighbor, therefore the North Atlantic Alliance constantly conducts exercises directed against the Kaliningrad region. NATO became especially uncomfortable when the Russian Defense Ministry formed the 18th Guards Motorized Rifle Division (MSD) on the territory of our westernmost region. Motorized riflemen must not only ensure the stability of the exclave's defense, but also, if necessary, counterattack deep into the territory of the alliance, delivering swift strikes.

Poland, which borders the Kaliningrad region, obviously considers itself a "shield of Europe". Wanting to be in trend, Warsaw has already decided to purchase from Turkey the Bayraktar attack UAVs equipped with anti-tank missiles, which have proven themselves well in Syria, Libya and Nagorno-Karabakh. Also, the Poles have something to meet Russian motorized riflemen, since their tank forces are objectively the strongest in Eastern Europe. In total, this is about 800 armored vehicles, mainly Soviet-designed T-72M, assembled under license, own PT-91 tanks and a number of German Leopard 2 tanks. This is a fairly serious force that significantly exceeds what Russia has in Kaliningrad. Then one has to ask the question, why did Poland ask the United States to place "Fort Trump" on its territory at all, and now it is ready to pump up billions of dollars for the purchase of American tanks? And what does our T-14 have to do with it?

Let's be realistic, the Armata is still being produced in a small experimental series, so these tanks will definitely not participate in the “breakthrough to Warsaw” in the foreseeable future. In hostilities, if they do start sometime, from our side will participate exactly the same T-72 of various modifications as the Poles, as well as the T-90. The argument that the Polish Defense Ministry needs an American supertank against a Russian supertank does not hold up to scrutiny. Obviously this is clean political Question: under the Republicans, Warsaw tried to please President Trump, under Joe Biden, it scores points through an expensive order, $ 8 million for each tank is no joke.

However, the decision to purchase 250 American armored vehicles caused bewilderment in the camp of the European allies, and not everyone in Warsaw itself agrees with this. The fact is that in the Old World, work is now underway to create a new generation tank. This is a joint German-French project, which is positioned as a response to "Armata", and the Italian tank of the Leonardo company. The Polish Ministry of Defense previously conducted negotiations with European partners, but, as we can see, they did not end with anything. In addition to promising developments, in fact, potential orders for existing German-made tanks, which Warsaw preferred to American ones, are thwarted. In Berlin, Paris and Rome, this choice of Warsaw has already left an unpleasant aftertaste.

There are doubts about the advisability of choosing the M1A2 Abrams SEPv3 tanks in Poland itself. First, this means further dependence on the United States for training crews, servicing and supplying foreign products. Second, by investing $ 6 billion in American tanks, Poland is calling into question the future of its own tank building industry. Currently, she is engaged in the repair and modernization of Soviet armored vehicles, but by cooperating with the Europeans, the Poles could enter as partners in the next generation tank project or participate in the program of deep modernization of the German Leopard 2. They themselves would have had more of this choice. Politics…
Ctrl Enter
Noticed oshЫbku Highlight text and press. Ctrl + Enter
We are
"We must beat first": the geopolitical alignment around Russia is continuously deteriorating
Ten "defeats" of Putin
Reporterin Yandex News
Read Reporterin Google News
Ad
We are open to cooperation with authors in the news and analytical departments. A prerequisite is the ability to quickly analyze the text and check the facts, to write concisely and interestingly on political and economic topics. We offer flexible working hours and regular payments. Please send your responses with examples of work to [email protected]
6 comments
Information
Dear reader, to leave comments on the publication, you must sign in.