Photos of the new Russian combat aircraft published on the Web 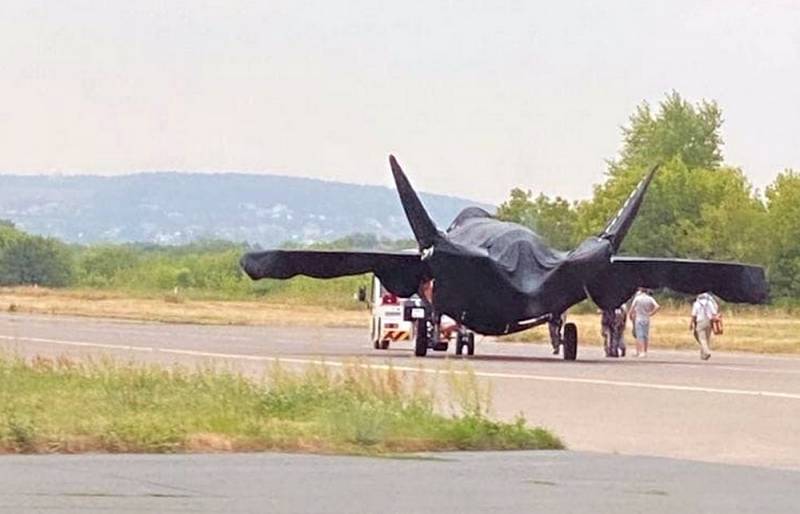 On the eve of the MAKS-21 international air show, an image of a new Russian combat aircraft, which will be shown on the first day of the exhibition, got into social networks. The aircraft is covered with a cover, so it is very difficult to see the details of the exterior.


Alexei Leonkov, a military expert for the Arsenal of the Fatherland magazine, believes that the latest tactical single-engine fighter of the fifth generation, created by the Sukhoi design bureau, is hidden under the cover.

The contours of the aircraft, its keel, and landing gear design indicate that it is a lightweight fifth-generation fighter of the Sukhoi family.
- suggested the specialist in an interview RIA News.


The 2021 International Aviation and Space Salon will be held from July 20 to 25 in the Moscow Region town of Zhukovsky at the airfield of the Gromov Flight Research Institute. This year the significant event will take place for the 15th time.
Ctrl Enter
Noticed oshЫbku Highlight text and press. Ctrl + Enter
We are
Which is better - MiG or Sukhoi? Better Sukhoi, but the bet is placed on the MiG
Space shield of the Motherland: the West is not in vain afraid of Russian inspector satellites
Reporterin Yandex News
Read Reporterin Google News
47 comments
Information
Dear reader, to leave comments on the publication, you must sign in.